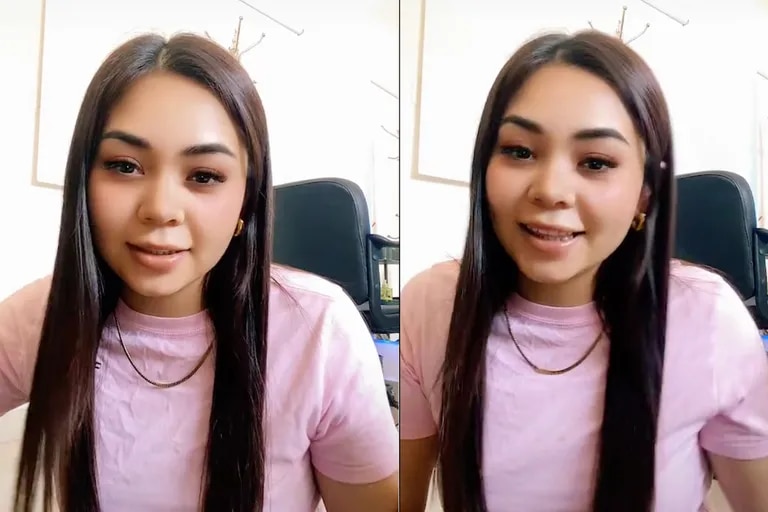 Migdarli Valdez had a dream of traveling to New York and staying for a while to get to know the city, but all her expectations were dashed when she enter the United States with your tourist visa. Immigration officials withdrew the document and they sent her back home. At first, she did not understand the reason, but over the months she understood the situation and she was ready to ask for forgiveness through legal channels. Waiting to be able to reapply for the American visa, the young Mexican told her experience on TikTok and it went viral.

She is originally from Tijuana, Mexico, one of the states that borders the United States border, so I constantly traveled to said country, as she herself explained through her account @ingmigdarlivaldez. The young woman intended to re-enter US territory by air in Los Angeles, but the immigration police questioned her for several hours and gave him a negative answer.

Her goal was to travel to New York, the city of her dreams, but once the officer transferred her to the offices where they do the interrogations, she couldn’t stand the pressure and had to tell him the truth. She did not realize that she had made a mistake that would come at a very high price. When her agent asked her questions, she felt so scared that she revealed everything: he had worked with a tourist visa on one of the many trips he made to the North American country.

“He already had my entire history and he just wanted me to tell him the truth.… I was nervous and the only thing I wanted was to get out of there because they have you as a criminal deprived of your liberty… My first reaction was to tell him that I did work in the United States, there is his visa, but send me to my house,” Migdarli explained.

The tiktoker cataloged this experience as “horrible”, since despite the fact that she had admitted that she had broken American law, they kept her in the waiting room for several hours until they gave her a flight back home. “He was traumatic and terrifying,” she said, given that during the stay with the immigration police she had no way of communicating with anyone because she was detainedso both she and her family were worried about the uncertainty of what was going to happen.

Finally the woman returned to Tijuana, with broken illusions, but also with the great relief of returning to the familiar warmth after having felt like a criminal. As she narrated in her TikTok clips, she thought that working with a tourist visa would have no consequence, since even “several of her friends do it” and they did not have the same luck.

Now He only had an apprenticeship left and also five years of waiting to be able to process his visa again. However, his desire to return to the United States is so great that he has already obtained legal advice to apologize to the authorities of the country neighboring Mexico and thus return to the city of his dreams. “It’s ugly that my friends invite me to go to Disney or shopping in San Diego and I can’t go because I don’t have a visa,” she concluded.