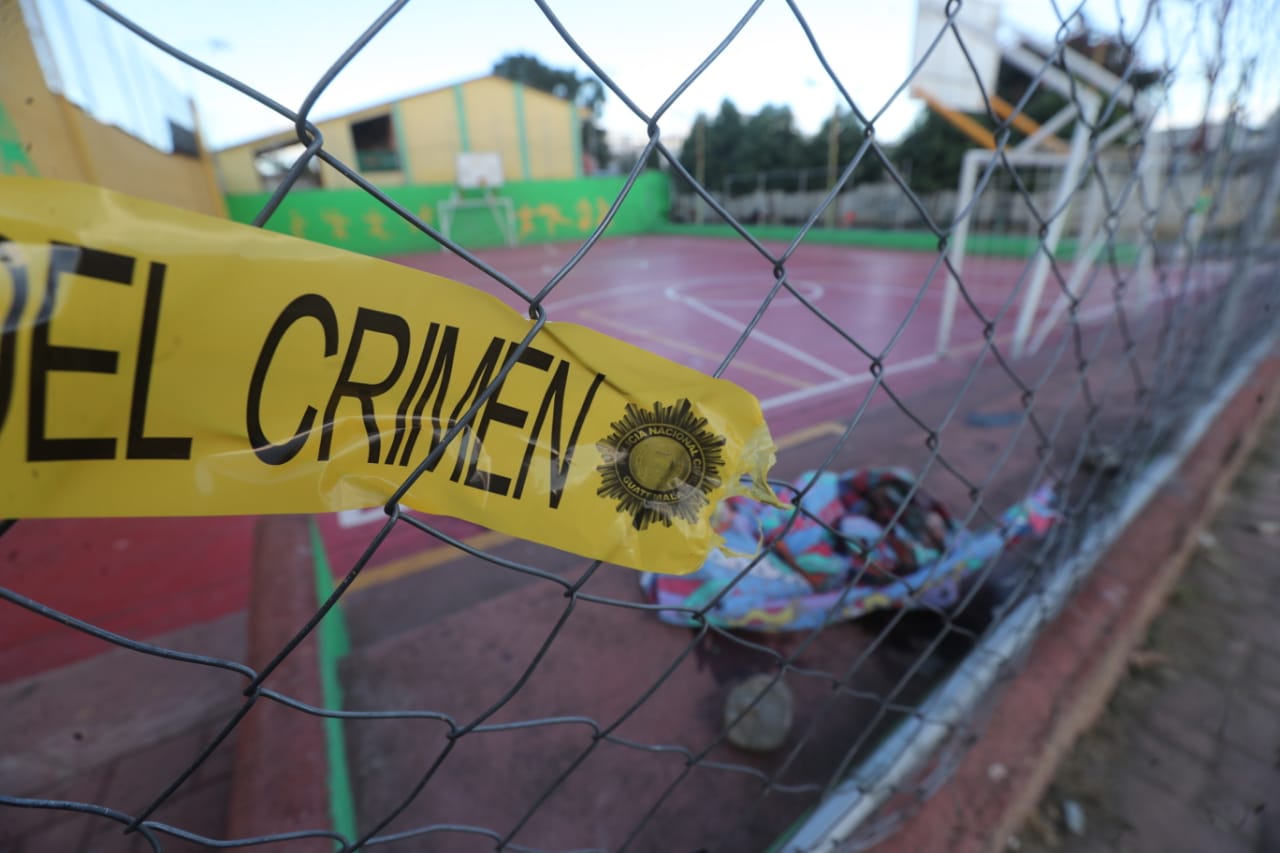 Agents of the National Civil Police (PNC) located and referred to a corresponding court this Saturday, November 12, a minor under 15 years of age, who is presumed to have participated in the armed attack against a married couple who watched their son play soccer in a sports center of San Miguel Petapa, reported police sources.

According to Edwin Monroy, PNC spokesman, the minor is known by the alias of “La China” and is an alleged collaborator of a gang that operates in the sector; In addition, he said that a firearm was seized, with which it is presumed they killed the spouses Elenica Martínez and Juan Alberto Justo, both 42 years old, who were killed in front of their young son who played soccer at the place.

Minutes after the attack, videos of the cameras in the sector were broadcast on social networks where a man is observed running who hands something to a minor. Those who share the images comment that it may be the firearm with which the crime was committed that is given to the girl.

Monroy reported that the minor was located in the Las Margaritas neighborhood, zone 10 of San Miguel Petapa, four blocks from where the attack occurred, which also left another person injured.

“We mobilized units and a perimeter closure was made where the armed attack occurred and we have taken technological means as support, and what can be seen in a video has served us in a fundamental way and the coordinated work between agents of the police station 15 and elements of the Specialized Criminal Investigation Division allowed the location of a minor under 15 years of age, known by the alias of ´la China´, from whom a firearm that may have been used in the double crime has been seized, ”said Monroy.

He added that investigations are continuing to determine the motive for the crime and the perpetrator.

The incident occurred in the sports fields of Las Margaritas, in zone 10 of San Miguel Petapa.

Also read: Fire in zone 5 could reveal crime against women, according to findings collected by firefighters


The relief bodies also reported that a third wounded, identified as Cornelio de la Cruz, was sent to the Social Security emergency.

#Now | The minor located is known as “La China” and presumably has ties to Barrio 18, according to Edwin Monroy, spokesman for the @PNCdeGuatemala. @free Press @Guatevision_tv pic.twitter.com/m7G8arL3qn

Organizations that watch over children have repudiated the crime and hope that the investigative authorities will contact those responsible as soon as possible, although they highlight the inefficiency of the State in the clinical support that children who are orphaned as a result of violence need.

Miguel López, representative of the Observatory for the Rights of the Child, stressed that the “emotional scar” that remains on this minor will be enormous and will need support from which the State often turns a blind eye.

“There is an impact on the psychosocial field. I would say that it is not just a message for the child but for the family and the community. The impact this will have on the child’s life will be great. The big problem here is the issue of mental health. This child needs accompaniment to be able to work in his entire mental health field ”, he indicated.

Also read: Fire in zone 5 could reveal crime against women, according to findings collected by firefighters

In the same vein, Leonel Dubón, head of the Children’s Shelter, said that this child was marked for life by crime and the inefficiency of the State for not providing security.

“The child is at the age where the impact of these types of events will last a lifetime. It cannot be said that this trauma is going to be overcome because it is impossible, apart from that, he will have to go through the rest of his life without both parents, “he said.

Previous Hercai: 5 things that happened in the last chapter, from November 13 | Turkish soap operas | nnda nnlt | FAME
Next Fast charging of the Apple Watch, what charger do you need? 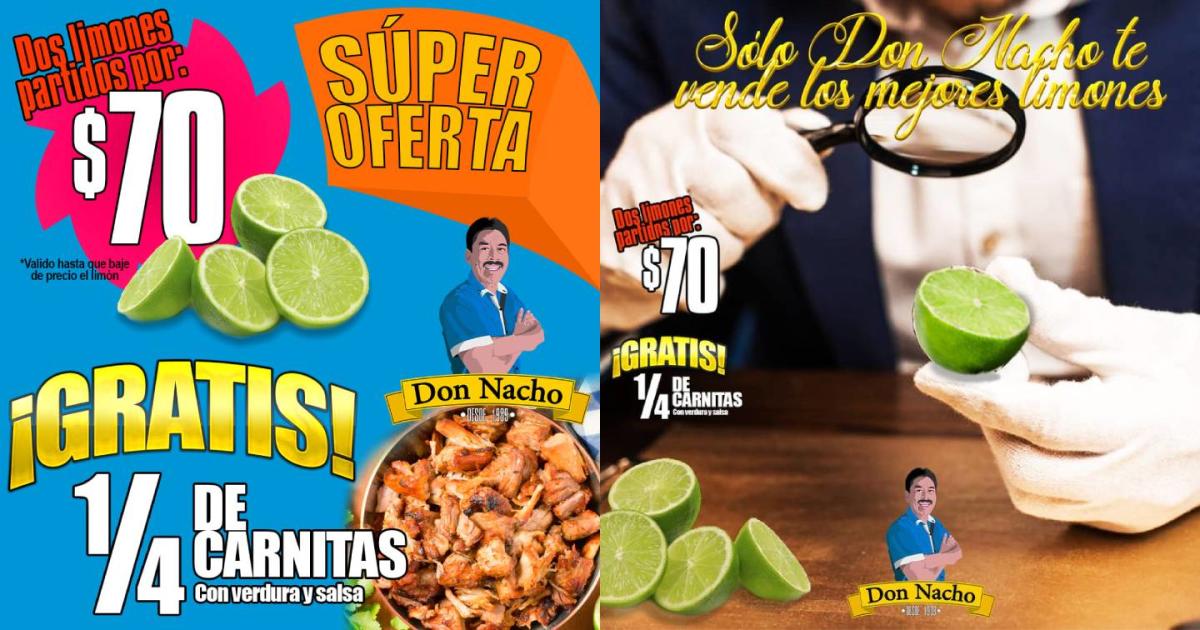 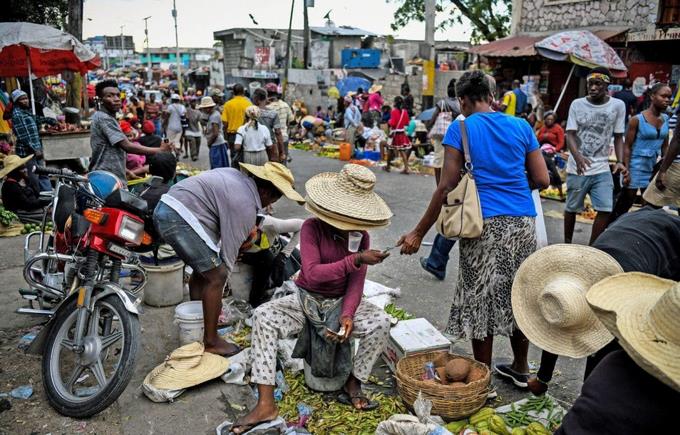 Xiomara Castro, the weight of the surname

Saint Joseph. – Iris Xiomara Castro Sarmiento She is a 62-year-old Honduran businesswoman, she was ... Read more