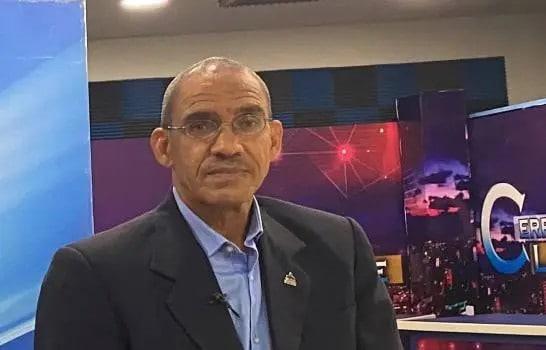 The National Commission for Public Shows and Radio (CNEPR) disabled the transmission of the television program for 30 days “Mega Show” which is broadcast by Telemicro and leads Jesus “Masa” Gil for violating Regulation 824 that regulates content on radio and television.

According to the resolution No.001-2022, the hosts of the aforementioned program, which is broadcast at 7:00 pm. by telemicchannel 5 used offensive sexual expressions and positions.

One of the recitals of the document sent to Diario Libre states: “That the corporal expressions manifested in that program by the participants, such as highly sexual positions, sexual innuendos and double meaning language, being outrageous, daring and grotesque actions”establish communication.

The opinion signed by the head of the CNEPR, Joseph Báez, as well as Germán Martínez, vice president, Marvic Cruz, secretary, as well as by the members of the body, Angely Báez, and Carlos Ortiz, specifies in another of its considering said actions attempt against the proper use of language in the media “and constitutes inappropriate expressions of a program, while their actions affect the right of viewers to enjoy the media without public order, good customs, proper and proper use of language and human dignity”.

The National Commission for Public Shows and Radio indicated that they received multiple complaints from citizens who expressed concern about the proper exercise of communication in the country. They argued that they categorically reject the unpleasant and tasteless scenes staged last Friday. June 17 at 7:00 p.m. in said program. “Which constitutes an action that directly violates Law 1951 and Regulation 824, in relation to obscene and vulgar content on open television in the be-rated schedule, which must be suitable for all audiences,” indicates.

The entity that presides over the announcer Joseph Baez He assured that they are respectful and champions of freedom of expression as established in article 49 of the Dominican Constitution. “But in audiovisual media, radio and television, that freedom has limits, as the paragraph on respect for good customs says.”

For that reason, he decided to ban the broadcast of the program. “Mega Show” through television for a period of 30 days. The application of the resolution enters into force as of the notification, for having made irresponsible and improper use, television being a marked media of general interest that has influence in the conformation of public opinion, the edification of people and an incidence important in civic conduct.

To the extent that the official entity makes a legal warning to owners, directors, drivers, managers or similar of the different channels and television programs to proceed to comply with the aforementioned resolution.

Article 125 of Regulation 824 indicates that the CNE is empowered to suspend the performance of an announcer for a certain period, for the violation of any of the provisions contained in the aforementioned regulation.