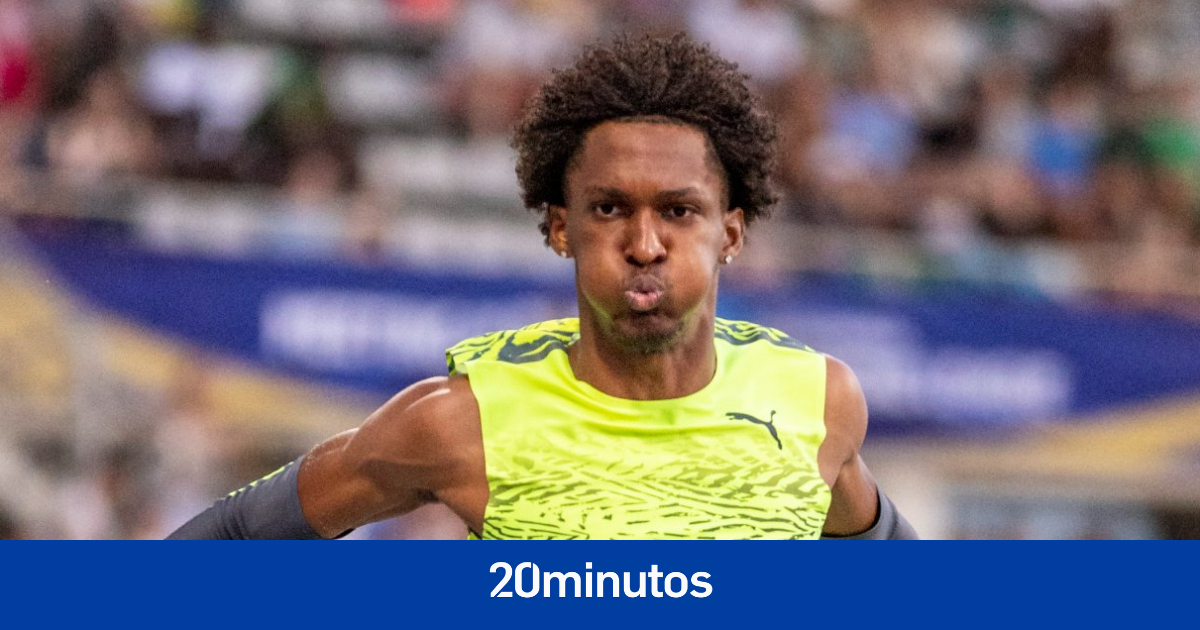 Athletics has always been characterized as a sport where many athletes change their nationality easily. For one reason or another, athletes decide to defend other countries. It is the case of Jordan Diaz.

The triple jumper decided to compete for Spain and since last February he has the nationality. The 21-year-old was born in Havana (Cuba) and decided abandon the expedition from his country on his way to the Bislett Games in Oslo.

After doing so, the Spanish Federation did not hesitate to add to his ranks one of the young triple jump talents who has a bright future ahead of him. Especially facing paris 2024where many expectations are placed on it.

However, there is a problem. In the last test of Diamond Leaguewhich was played in Paris, the oorganization considered that it competed under the Cuban flag. And so he shared it on his networks comparing him to other athletes born on the island. In addition, he won the test in an excellent final against Andy Díaz, Cuban, and Pedro Pablo Pichardo, born in Cuba but competing for Portugal.

Today, in Paris, he has competed under the Cuban flag for the organization https://t.co/ivi37YMBdp

And that can cause a problem for Spain and the jumper in the next competitions. Since they can consider him as Cuban instead of Spanish-Cuban, which is what his papers say after his nationalization last February.

A situation that the Federation must fix as soon as possible to avoid greater evils and that certain brands can escape. It must be remembered that Díaz is the record holder and has the record for Spain in his modality. Since, however, his rival Pedro Pablo Pichardo yes, he is considered Portuguese after his nationalization.

Jordan Díaz is the future of the triple jump and trains with one of the best in history, Ivan Pedroso. In addition, he has perfectly integrated into the team that he also forms together with Ana Peleteiro Y Yulimar Rojasgreat figures of female athletics.