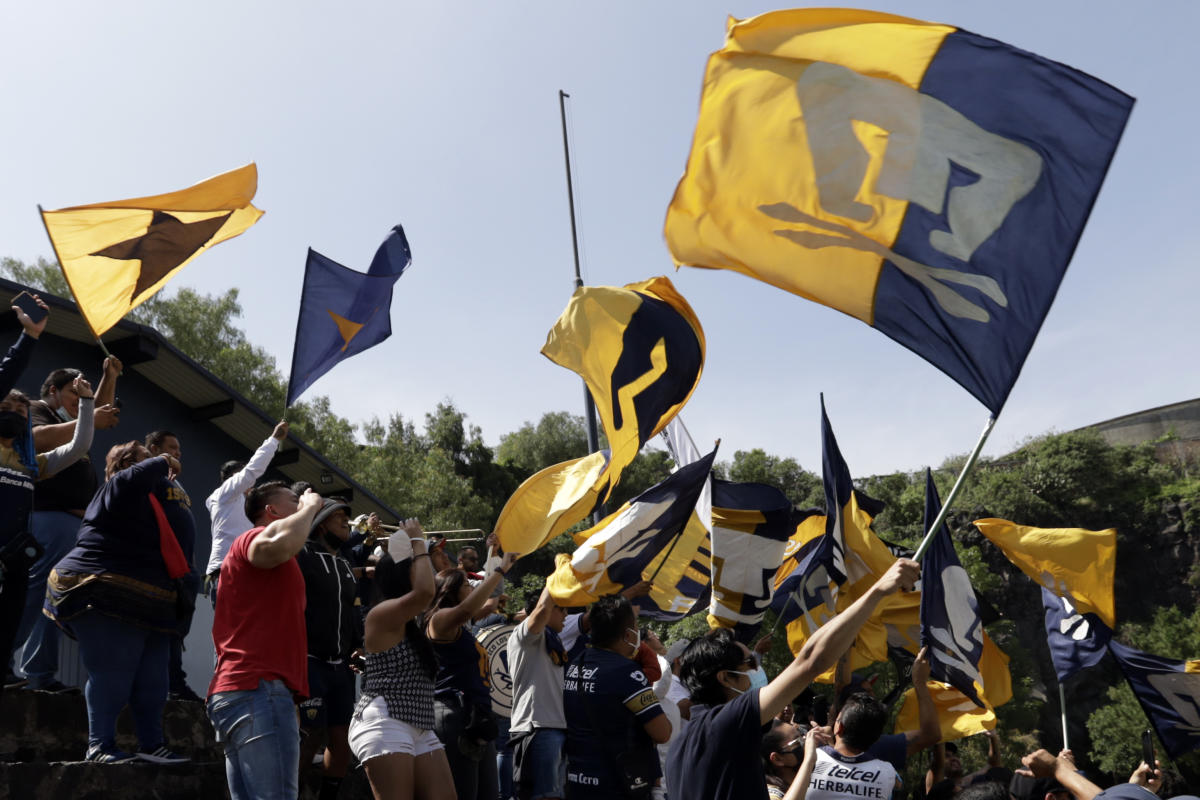 The demand was unanimous. All fans agreed: It was necessary to put a definitive stop to the bars in Mexican soccer. The shameful ambush of La Corregidora deserved it. Everyone was outraged. How dare they sully our sacred football! Eradicate them. May they never come back. It didn’t matter that they hid behind the fact that they hadn’t done anything. They were part of the cancer. Nobody was saved. That was five months ago. How slowly time passes.

Nobody remembers that anymore. About what bars were public enemy number one. And not to mention the reaction due to the lukewarmness of the MX League, which was barely enough to prohibit visitors from accessing the “animation groups”. Nonsense. They are still happy, more active than ever. For example, La Rebel walks through the streets of Madrid (later they will go to Catalonia) on the eve of the game that will face their team, Cougarsagainst Barcelona for the friendly trophy Joan Gamper.

If the intention was to expel them from football, then the assignment failed. Not only are they still present in Mexico, they can also show off their foreign adventures. The worst: the Pumas fans, the real ones, applaud the trip because, supposedly, it reflects passion and fidelity towards “the colors”. I wish they had been so proud of their bar last March, when there was no social network in which the images of the unfortunate Querétaro-Atlas were not viral. Only the barristas defended each other. There was no person outside this world who was not clear that all the bars were responsible to some extent.

Masked in the trend of good manners, the forgetful joined the condemnation. Because that was what was pressing and how to refuse to enter the choir. Today what matters is puffing out our chests with pride for them, the misunderstood, the stigmatized, who carry flags and rags to show the love they feel for Pumas. And the press also does its thing, as usual. If they present Dani Alves, of course it is important to film La Rebel and her color. Let everyone know that they are vital for Pumas, for Mexican soccer and to give cache to the presentation of the new idol. They provide atmosphere.

Protagonists of shameful fights and threats to their players, the Pumas bar has done quite well. They have their special corner in the University Stadium and also for special events, such as the welcome to Alves. If in the end everything they do will be a cause for celebration for the other fans, the peaceful ones, what can they worry about? It is very clear: the bars are the cancer of Mexican soccer. They are not prejudices, they are the facts. Years of evidence worth nothing.

Because they will be present in one of the most luxurious stadiums in the world to see their team. They will say that they deserved it, that nothing was given to them, and there will be no shortage of people who will buy their speech because that way they can presume that there were Pumas shirts, chants and cheers at the Camp Nou. After that, all that remains is to appeal to consistency. Let no one say surprised or outraged ever again by the bars of Mexican soccer.

They are legitimizing them. They are giving them the permission they need to act as they please now and in the future. Actually, it is not even necessary to project future events. The hypocrisy is already evident now. Passionate justification, of course, says that it is valid today. Today the barristas are ambassadors of the ball who put the name of Pumas high. That’s why you have to have them no longer patience, but even admiration. Allowing them to go to the other side of the Atlantic when we weren’t supposed to see them even in Mexican stadiums. Maybe they’ve already changed. Perhaps we have misjudged them. Goya, University.

The strange fires in the CDMX Metro trains, what is happening?