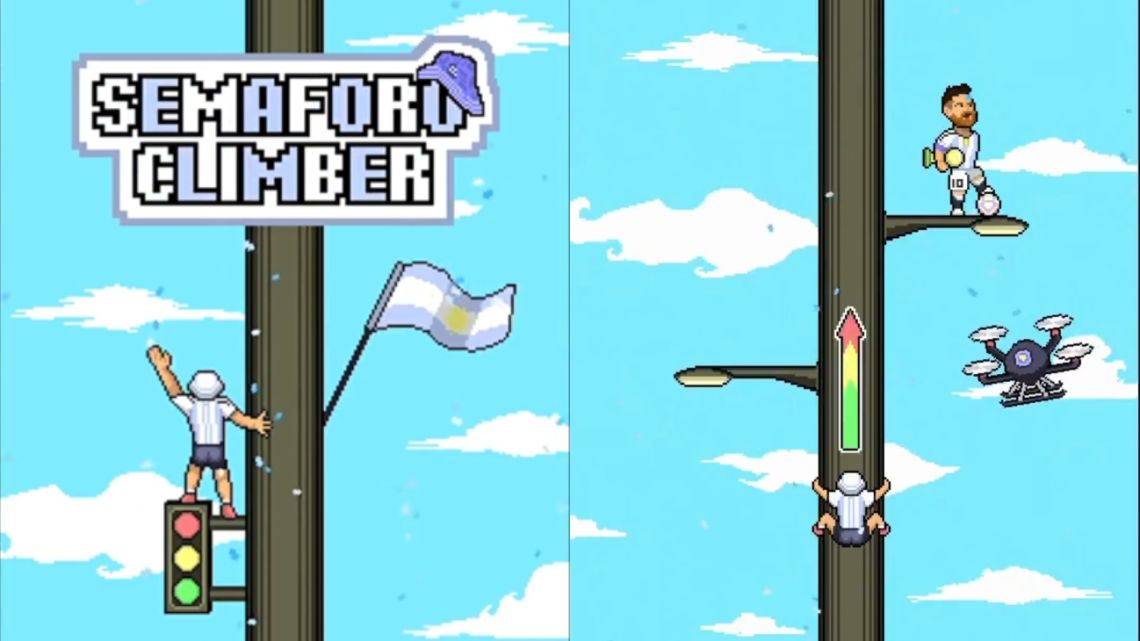 After having seen Argentina world champion in the World Cup in Qatar the fury and “the handle” of the people does not stop, and in this context, two young programmers decided to launch the video game “Semaphore Climber”an online game inspired by the uncontrolled celebrations of Argentine citizens.

“Do you want to go up to a very high place to celebrate? Here you can do it”invites the video game website and expands: “It doesn’t make you dizzy, and on the way there is beer and fernet. But be careful with the pigeons and the federal drone. Play with one finger, the mouse or the space bar.”

The game is about climb a traffic light to score points and dodge the different obstacles that appear on the road, among them may appear drones of the Federal Police and flocks of pigeons. Each player has three lives and will lose one for each obstacle they fail to clear.

In addition, as you progress through the game it is possible to meet emblematic characters from the “world cup” environment, such as Lionel Messi with the world cupa Diego Maradona in the form of an angela Emiliano “Dibu” Martínez dancing Yet the “Grandma la la la la la la”.

The creators of the game are Bruno Bombardi Y Franco Folatellitwo young programmers, and had the collaboration of Paul Bianchi, who was in charge of musicalizing it to the rhythm of “Muchachos” in 8bits. “It was a lot of fun doing the climber traffic light music,” she noted.

Celebrations to the limit: a fan climbed to the top of the Obelisk and there was tension

“Argentina is world champion, and with @franco_fola (Franco Folatelli) we handled each other so much that we had to play a little game. Did you want to climb to a very high place?Bombardi tweeted to reveal the game’s creation and post its free download link.

“I loved it, it’s excellent!”, “Congratulations old man, great job you did”, “Spectacular” Y “I congratulate you, very good game”are some of the comments that the creators received about their video game, which was very well received by the fans of the Scaleneta.