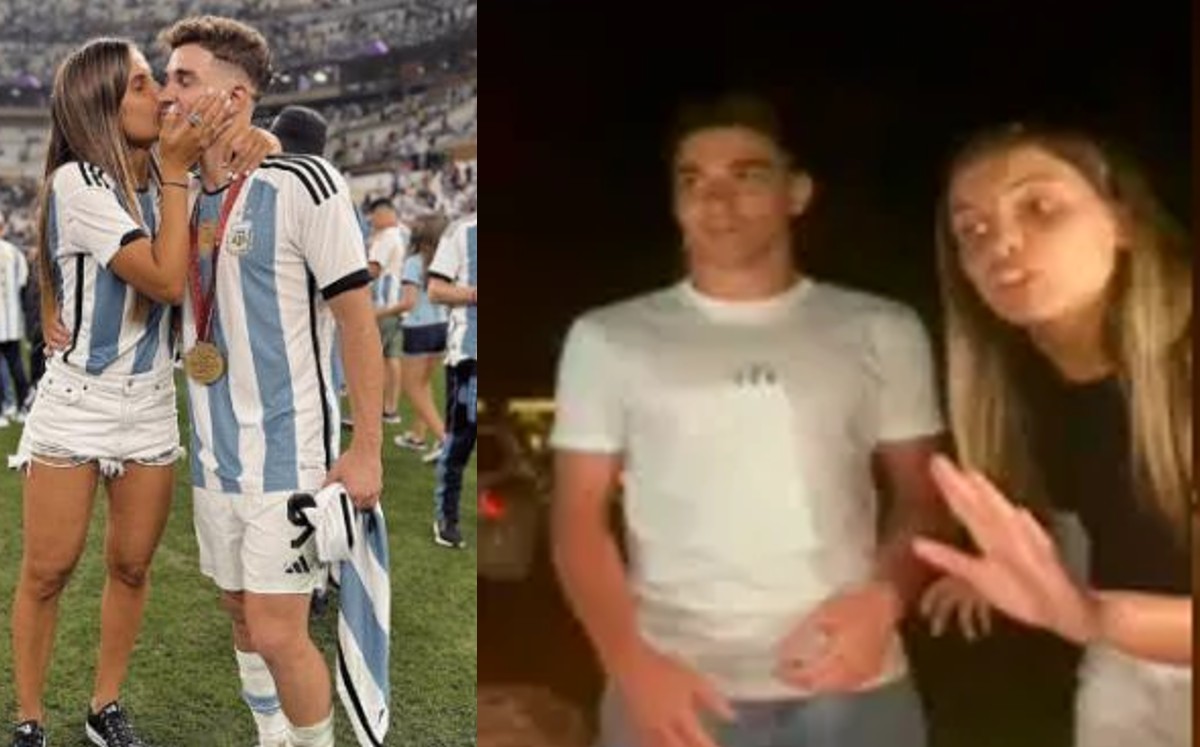 They ask Julián Álvarez to separate from his girlfriend; this is how they gather signatures

Julián Álvarez was one of the great revelations of the Argentina team in the World Cup in Qatar 2022where they were crowned after defeating France in an epic Final that had to be defined from eleven steps.

La Araña, despite the fact that he was not considered as a starter from the start, knew how to take advantage of the downturn in Lautaro Martínez’s game, earned his starting place with Lionel Scaloni and responded with four goals.

It was for this reason that many found a new idol in the Manchester City player. However, several of them had their wings clipped due to the attitudes of her girlfriend, Emilia Ferrero, so now they ask the player to break her relationship with her.

What is the request of the fans?

The change.org page has been in great demand among Argentines in recent days. Now they carried out a collection of signatures, under the name of ‘Julián separate from Mary Jane, so that the Spider leaves Emilia Ferrero, after the controversy with some children who were looking for the signature of the Citizens player. They already had more than 12,000 signatures.

“We must make the Spider realize that ‘Mary Jane’ (Emilia) is a toxic ‘milipili’ who ruins her public image and that this with the chaco or with us would not have happened,” the petition reads. 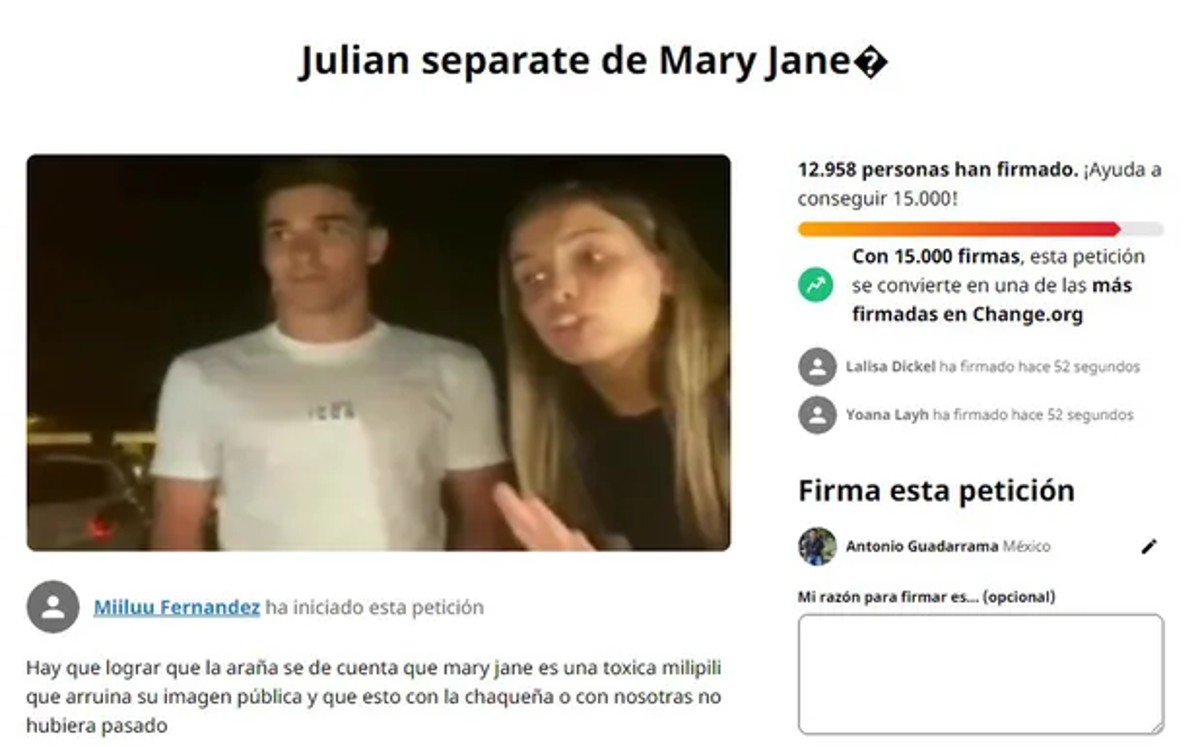 What did Julián’s girlfriend do?

A video was released where Julián Álvarez, already in Argentina, was approached by several children who were looking for an autograph from the player. However, they were stopped by his girlfriend Emilia Ferrer, who said that his partner would not give signatures and would only take a group photo.

This action was highly criticized by fans of the Spider, who did not forgive the attitude shown, and have even nicknamed her ‘Mary Jane’, all this because the footballer is called the Spider.