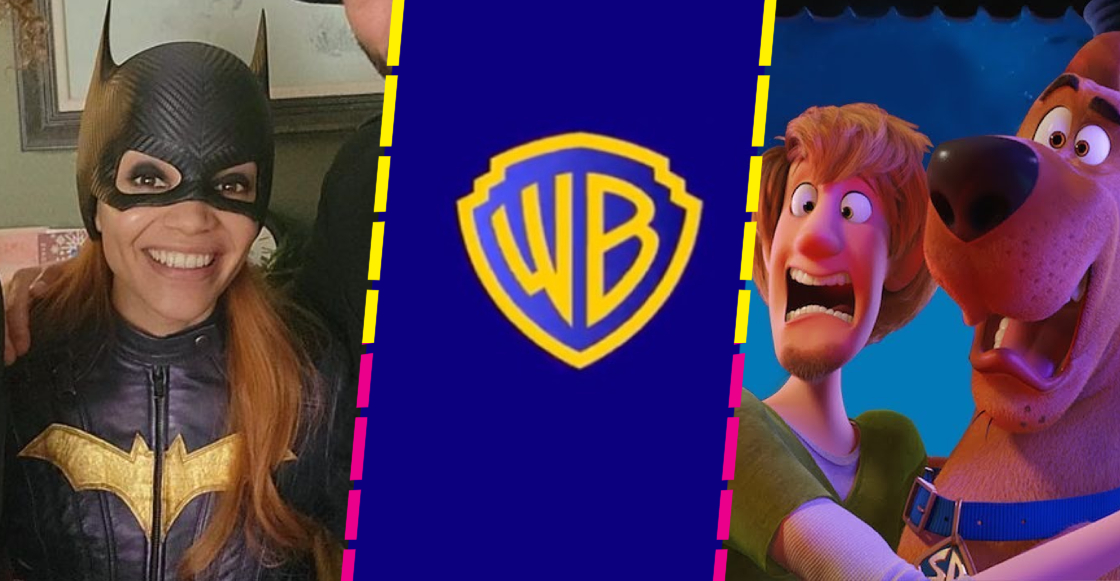 Much of the film industry has its eyes in one place: Warner Bros. And the truth is that we understand perfectly, because in recent days the greatest executives have taken strong actions for the future of the company. Nevertheless, Among all these decisions, they have included the cancellation of films that would be released in theaters and through HBO Max, as well as the withdrawal of some original productions.s, something that of course left many with a square eye.

As you may recall, in April 2022 it was announced that Discovery had bought the part of Warner Media that belonged to AT&T. From that moment on, he began a restructuring process within the company now called Warner Bros. Discovery under the direction of the new CEO, David Zaslav. According to different important media within Hollywood, His idea is to reduce costs and focus that budget on movies that can break it on the big screen and not so much on its streaming platform. That is why many projects are disappearing from the premiere scene.

Warner Bros. Discovery’s first big scandal came on August 2, when a slew of sources reported that the company had decided to ‘can’ the tape batgirl, Well, they had no plans to release it in theaters, much less on HBO Max. This news surprised locals and strangers alike, since the production starring Leslie Grace and Brendan Fraser, which would have special appearances by Michael Keaton as Batman and JK Simmons giving life to Commissioner Gordon it was already in the post-production process and cost the not cheap amount of 90 million dollars (HERE full news).

Although the reasons why they preferred to cancel the premiere of this film than to launch it worldwide have not been confirmed, some people close to the company point out that Zaslav saw the material they had and considered that it did not have the quality that the public expects from a DC project.. But in any case, it is still an extremely drastic decision that ends with the efforts of a lot of people who worked for months on this production. This leaves in uncertainty other productions such as blue beetle with Xolo Maridueña.

After the news of the cancellation of Batgirl went around the world, the directors of the film, Adil El Arbi and Bilall Fallah (who found out about all this at the first’s wedding) They published a statement where they talk about this decision and thank both the cast and the production for having been part of this project:

“We are saddened and shocked by the news. We still can’t believe it. As directors, it is essential that our work is shown to the public, and while the film was far from finished, we hoped that fans around the world had the opportunity to see and embrace the final film for themselves. Maybe one day they will (…) In any case, as big fans of Batman since we were little children, it was a privilege and an honor to have been part of the DCEU, even if it was for a brief moment. Batgirl forever.”

Despite the fact that everything indicates that the films of the comic house that Warner Bros. already announced as Black Adam, Shazam! Fury of the Gods Y Aquaman and the Lost Kingdom they will hit the big screen like i was planning it looks like the company’s plans are to restructure this universe and put aside everything that Zack Snyder created in the past. This of course jumps out at us a lot, since recently the Jason Momoa confirmed that Ben Affleck would return to play Batman in the sequel to the ‘king of the seven seas’.

Secondly, there is also the great unknown of what will happen to Flashbecause during the San Diego Comic-Con 2022 they did not reveal information about this film and to this, it would be necessary to add the scandals that Ezra Miller has starred in throughout the year (HERE We leave you the count of the accusations against him and his problems with the law). Despite the fact that the most “sensible” thing would be to cancel the film, which would also feature the participation of Michael Keaton as ‘the dark knight’, everything indicates that Warner will release it in June 2023, since this production is costing them about 200 and 300 million dollarswhich would mean a huge financial loss for the company.

A few hours after announcing that Batgirl would end up in the freezer, a slew of outlets also revealed that Scoob: Holiday Hauntedthe sequel to the animated film that Warner Bros. released in 2020 was also canceled. sources like The Hollywood Reporter They pointed out that the reason was an excessive cost in its launch and advertising, which is out of budget and the plans they have to save three billion dollars for the restructuring of the company.

Nevertheless, Just as it happened with the Snyderverse, the director of the film, Bill Haller, started a campaign to rescue this new adventure of Scooby and the gang, to which the voice actors are joining. and some other figures such as Mark Hamill and Cristo Fernández (who will be remembered for his participation in TEd Lasso), who apparently would also enter the voice cast for this project,

Secondly, there is the theme of HBO Max. Despite the fact that it was not the success that Warner Bros. perhaps expected, the reality is that in a matter of a few years it became one of the most important streaming platforms in the industry and is competing to the companies. more shit in this area. However, it seems that Not all the contents of the service are working, that is why they are downloading movies from their catalog without notifying anyone.

In accordance with Varietyat least six productions considered HBO Max originals are no longer available, including: Moonshot, Super Intelligencethe Robert Zemeckis version of The Witches, An American Pickle, Locked Down Y Charm City Kings. According to the same source, other projects such as the reboot of House Party Produced by LeBron James and Maverick Carter, it was scheduled to be released on July 28 on the platform, but was removed from the release schedule.

You can also read: “Reimagining a classic story”: An interview with octavia spencer by ‘the witches‘

It is no secret to anyone that streaming services constantly remove movies and series, but here we are talking about tapes that were created to be exclusively within their catalog and no one was told that they were leaving. Users simply realized that they were no longer among all the options they offer. Also, within HBO Max they have made extremely strange movements, such as the fact that at least in the United States, the eight Harry Potter films will be dismissed at the end of August. Instead, they will add other content including 28 movies from A24 like Room Y Former Machine.

Although yes, for now, several Warner Bros. movies exclusive to HBO Max are still on the service. Among them are the remake of Father of the Bride; Let Them All Talk by Steven Soderbergh with Meryl Streep and kimi, with Zoe Kravitz. Also The Fallout, No Sudden Move, Unpregnant Y 8-Bit Christmas.

Also on the side of DC productions on the streaming platform -speaking specifically of peacemaker–, they can be calm. Through his Twitter account, James Gunn himself responded to a fan’s question, who had doubts if the second season of the series starring John Cena was assured, to which the director answered yes and they should calm down.

As if this were not enough, several important sources within the film industry indicate that a wave of layoffs is coming. In accordance with TheWrapIt is expected that David Zaslav Announces Major Restructuring of HBO Max and Discovery+ Streaming Platforms during or shortly after your results report, merging both and giving them another name.

This too would result in significant executive and staff layoffs to minimize the relationship with HBO and unify all content. On the other hand, HBO content chief Casey Bloys is said to take on a larger role when the two services are combined and even The main program directors and talents of the platform have already contacted each other to work on new projects, as well as to check some that were on the way.

However, regarding the cut, TheWrap mentions that they could thank 70% of the staff And if that wasn’t enough, a person close to the company stated that Another significant change would be to stop making HBO Max scripted shows, as HBO has taken over.so there will be fewer shows and this would mean keeping a much lower budget by not paying all the people who currently work on the platform.

And to all this, what is the use of canceling or downloading so many movies?

Perhaps at this point you are wondering, if canceling movies that are practically finished is a millionaire loss and also lowering some others from HBO Max, why Warner Bros. decided to brush them. But believe it or not, all this has an explanation and it would have to do with the adjustment process within the company. Why do we say it? Well, it seems that these measures could be part of an initiative to eliminate streaming content payment obligations for underperforming titles.

What does this mean? Well, in the case of an unreleased film like the remake of House Party, the company could account for it as a tax deductionas it is expected to do also with batgirl Y Scoob: Holiday Haunted. Thanks to this, they would have the possibility of reducing their amount of taxes to use that money in new productions or inject more dollars to those that need itin order to re-release great films on the big screen and put aside premieres on streaming platforms.

To this situation we must add the debt Discovery acquired when it bought AT&T’s share of Warner Mediabecause according to media such as Variety, assumed a large part of the 43 billion dollars that the company owed. The merged company is said to have had a debt-to-equity ratio of around 4.6 times after the deal closed, so by canceling movies, they could save that budget and pay off what they lack. The Warner Bros. case is just beginning and without a doubt, more changes are coming and we will be attentive to everything that happens.