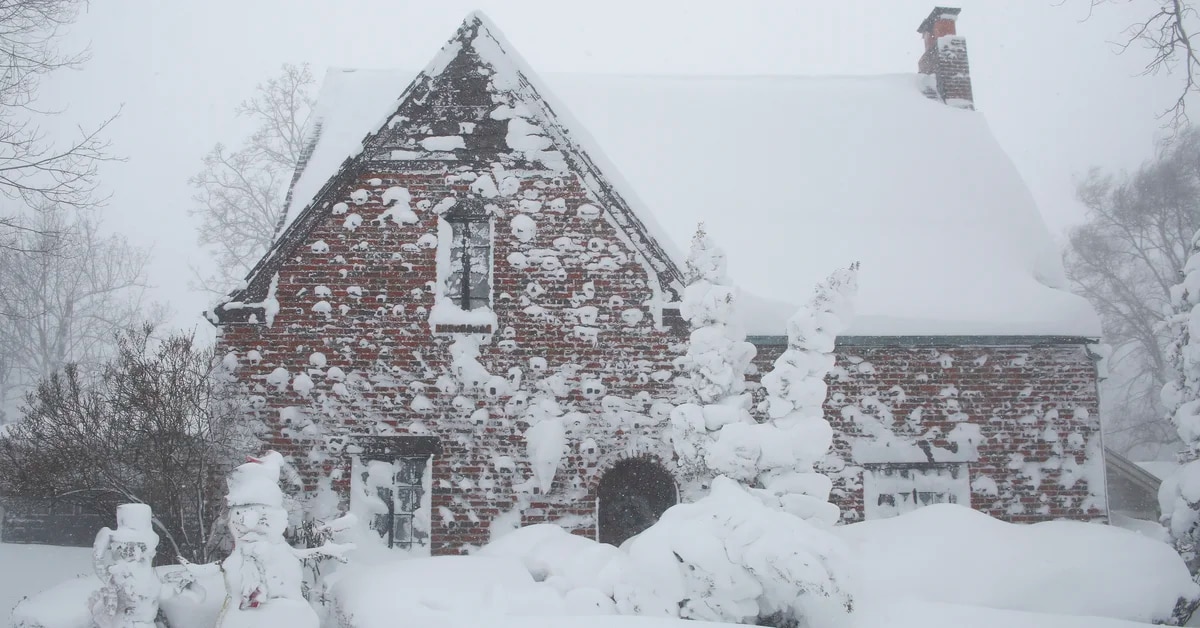 The winter storm in the US left at least 16 dead and 800,000 homes without electricity

Images show the heavy snowfall that hits several US cities

A arctic storm ravaged much of the United States this Saturday leaving at least 16 dead, hundreds of thousands without power and thousands stranded due to flight cancellation.

While the drop in temperatures was expected to cause coldest christmas eve ever recordedpower systems across the country were placed under strain by rising heat demand and storm damage to transmission lines.

At least 16 people have died in a total of four states due to the stormaccording to the count of local media, four of them in a pileup on an Ohio freeway covered with snow.

About 800,000 users remain without electricity on the afternoon of this Saturdayaccording to the tracking site poweroutage.us. Many power companies have asked their customers to save energy by not turning on large appliances and turning off unnecessary lights.

The disruptions also disrupted the daily routines and vacation plans of millions of Americans during one of the busiest periods of the year. Almost 2,000 flights were canceled on Saturday, with a total of 4,000 delays, according to the FlightAware flight tracking service. More than 5,000 flights were canceled on Friday, according to the flight tracking service. 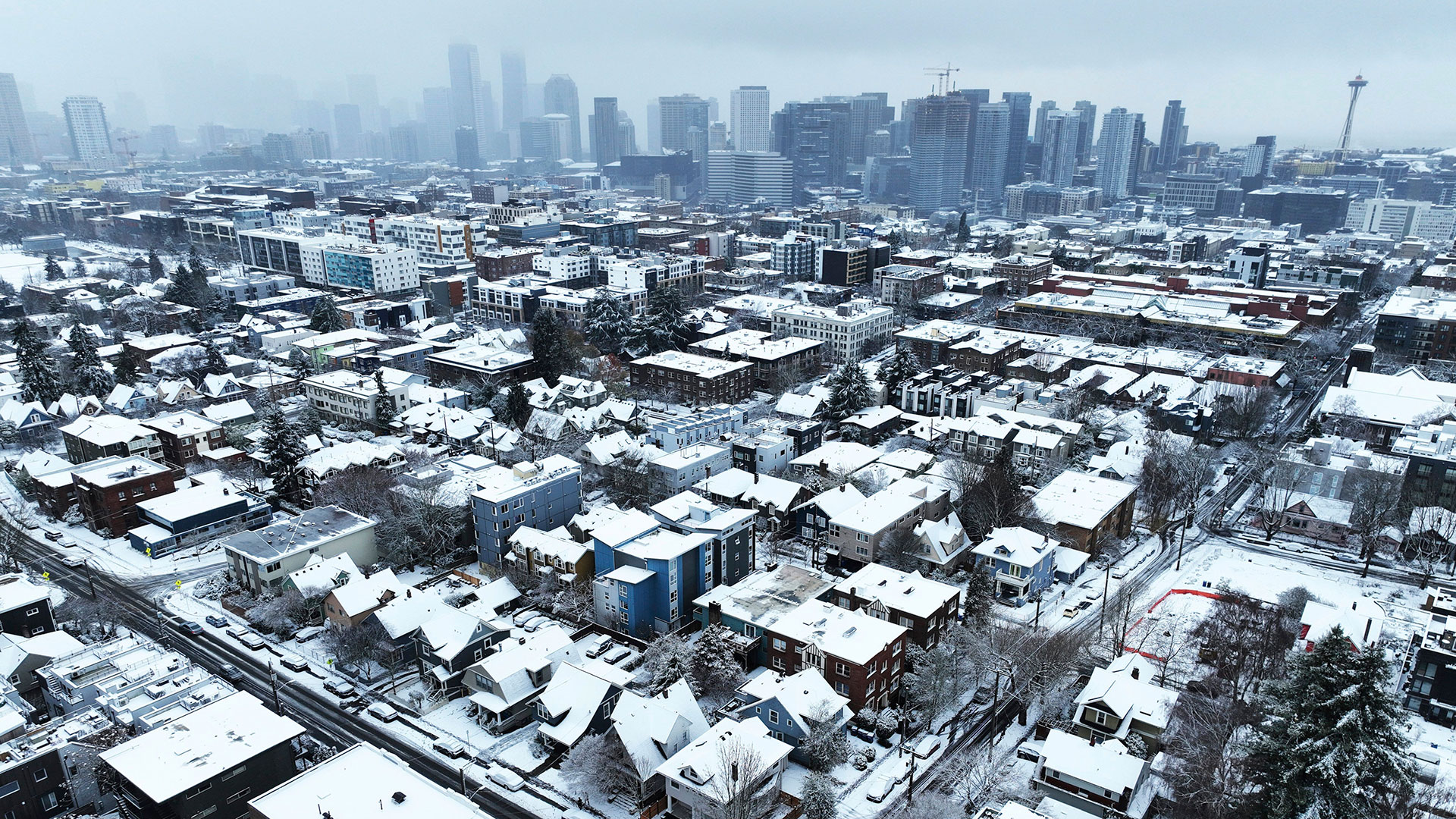 The American Automobile Association had estimated that 112.7 million people were planning to travel 50 miles or more from their homes between Friday and January 2, but stormy weather ahead over the weekend likely meant many of they will stay at home.

Two motorists were killed and many others injured in a 50-vehicle pileup resulting in closure of the Ohio Turnpike in both directions during a snowstorm near Toledo, forcing stranded motorists to evacuate by bus to prevent them from freezing in their cars, according to authorities.

Three of the deaths were registered in Kentucky, where Gov. Andy Beshear called on residents Saturday to “stay home, stay safe, stay alive.” “I know it is very hard because it is Christmas Eve. But we are having dozens and dozens of accidents,” he said in an online briefing. “It’s just not safe.”

Blizzard conditions were maintained on Saturday for Buffalo, New York, and its surrounding county on the edge of Lake Erie in western New York, where 4 to 6 feet (1.8 to 2.4 meters) of snow is expected to fall on Sunday, the National Weather Service said.

The city imposed a driving ban on fridaywhich remained in effect Saturday, and the three Buffalo-area border bridges were closed to traffic from Canada due to weather conditions. 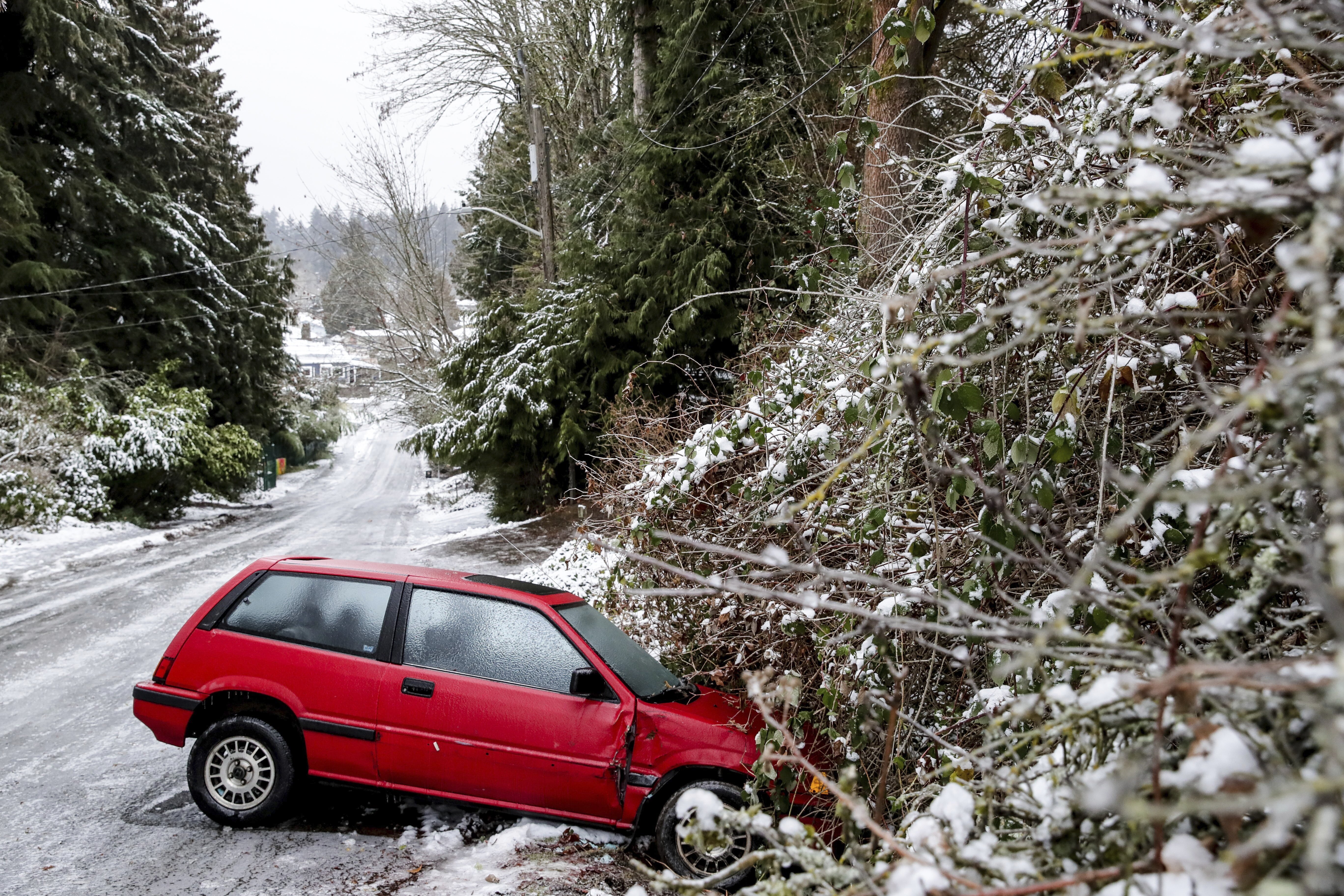 A car abandoned due to dangerous road conditions on Friday, Dec. 23, 2022, in Seattle (Kevin Clark/The Seattle Times via AP)

Saturday highs in Pittsburgh are forecast to be just 7 degrees Fahrenheit (-13 Celsius), below the all-time coldest Christmas Eve high of 13 F, set in 1983, the (NWS) said.

In cities of Georgia and South Carolina -Athens and Charleston- are also forecast for the coldest daytime highs on Christmas Eve, while in Washington DC the coldest December 24 is expected since 1989.

Bad weather forced authorities across the country to open warming centers in libraries and police stationswhile striving to expand the temporary shelters for the homeless. The challenge has been compounded by the influx of thousands of immigrants crossing the southern border of the United States in recent weeks.

The National Weather Service said its map of existing or impending weather hazards “shows one of the largest extensions of winter weather watches and warnings ever seen.”

With information from EFE and Reuters

Temporary in the US: 13 states ask to save energy and warn of possible blackouts
Up to 30 degrees below zero: more than 175 million people in the US on alert for the fierce thermal sensation
The storm threatens Christmas Eve meetings in the US: “It is extremely dangerous to travel by road”
What is a “bomb cyclone”, the meteorological phenomenon that threatens Christmas in the US
Cold Christmas in Miami: how the bomb cyclone that hits the US will impact

Previous We will see him dance and… sing? Shoot Brad Pitt to the conquest with ‘Babylon’
Next Dibu Martínez would be left without a team for making fun of the Mexicans