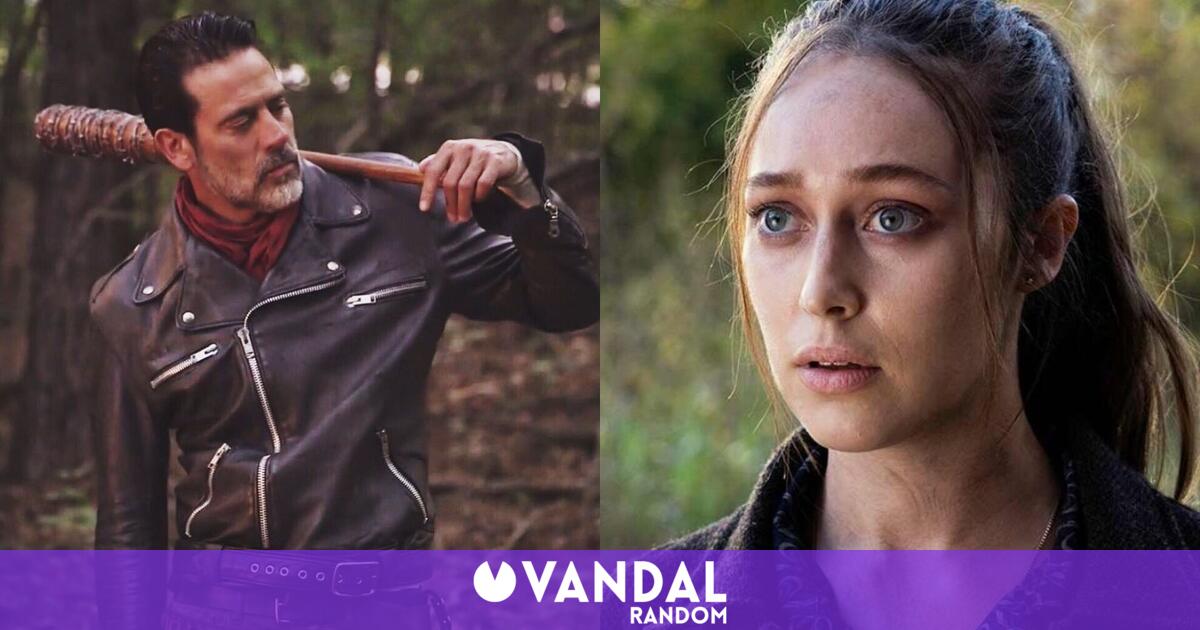 Jeffrey Dean Morgan wants Alycia Debnam-Carey as part of his expected spin off of The Walking Dead. The actor has been very happy with the idea for several months, which will lead him to play Negan again in a infested New York plagued by the undead. In her, Maggie (Lauren Cohan) and he must survive in an area unexplored in the comics and the main series. Alycia Debnam-Carey said goodbye to Fear The Walking Dead, the most powerful derivative series in terms of audience a few weeks ago with the penultimate episode of the seventh season. Accept the actress the offer?

AMC, producer of this undead universe based on Robert Kirkman’s graphic novels, is working on several successor series with mythical characters from the more than The Walking Deadand it would not be surprising if it opened the opportunity to include the actress from Fear The Walking Dead. It all depends on the chronological moment in which it is framed Isle of the Dead and of the desire of the interpreter of going ahead with the idea of ​​killing zombies a few more years after his goodbye from the Show. In any case, the man with the baseball bat wants to continue with the actress on her adventures in New York.

♥️♥️♥️♥️♥️♥️ thank you!! 😭 means the world coming from you.
Bad Bitches 4 Eve
New York is the best. I love it here xx

“To the amazing @DebnamCarey. You are awesome. Period. On and off screen,” Morgan tweeted a few days ago. “What’s next? I’ll be there waiting. Congratulations on your work and career… The world of The Walking Dead miss you Wait patiently for your return. How about coming to New York?“, he concluded by way of invitation. The actress did not take long to answer. “Thank you. That means a lot, especially coming from you. Bad bitch team forever! And yes, New York is great,” she concluded for her part. Debnam-Carey confirmed her departure from Fear The Walking Dead in a statement posted on social media after the latest episode of Alicia, titled “Amine“, that ended up with her on a solo mission to help trapped survivors of the Texas fallout.

The actress left the series a few episodes ago; return with Negan and her spinoff?

“I was 21 when we started this crazy journey, but now at 28, after 7 years and 100 episodes, I decided it was time to move on as an actress and as a person,” she wrote in her social media post. “Given the nature of our jobs, I needed to look for new challenges, new opportunities and forge a new chapter for me. I’ve been very lucky to be a part of something so incredible for so long, but I hope you can understand my output and respect my choice to keep expanding on other projects and keep growing. Everything I have achieved is thanks to you“, he concludes.

Isle of the Dead will be filming this summer in Manhattan with the franchise’s director, Scott Gimple (The Walking Dead: World Beyond) as executive producer and with the showrunner and series creator Eli Jorn (The Walking Dead) leading the charge. We are transferred to an island isolated from the mainland, completely in ruins, which has its own world full of characters, factions and millions of undead.