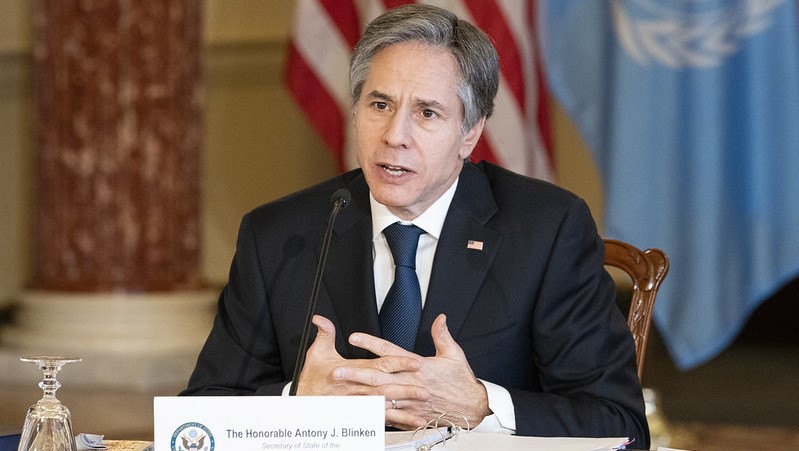 The United States on Tuesday imposed visa restrictions on nine other Cuban officials implicated in the regime’s crackdown on the Civic March for Change. on November 15, announced the Secretary of State, Antony Blinken.

The high official accused the sanctioned, whose names he did not reveal, but including senior officials from the Ministry of the Interior and the Revolutionary Armed Forces, of being “involved in attempts to silence the voices of the Cuban people through repression and unjust detentions.”

“In the days leading up to November 15, the Cuban regime intimidated activists with government-sponsored mobs, confined journalists and members of the opposition, revoked journalists’ credentials to repress freedom of the press and arbitrarily detained Cuban citizens who tried to protest peacefully “the State Department said in a statement.

“The persons appointed today took steps to deny Cubans their rights to freedom of expression and peaceful assembly.”added the official note.

Blinken wrote in his Twitter profile that the sanctions are aimed at penalizing “those who undermine the ability of the Cuban people to improve their political, economic and security conditions.”

“We support the Cuban people in their fight for fundamental freedoms,” he added.

Although the Cuban regime has tried to show that the call to protest peacefully on November 15 failed due to lack of support, the wave of repression around that date was denounced by Cubans on the island, including activists, independent journalists and members of the civic platform. Archipelago, promoter of the call, as well as ordinary citizens who spoke out in favor of demonstrating.

“The officials targeted today by the sanctions were responsible for those actions”stressed the State Department, which also demanded the freedom of all Cuban political prisoners.

Washington had warned days before 15N that it was prepared to continue with the sanctions “if the repression and human rights abuses do not stop.”

The Joe Biden Administration applied sanctions last July against FAR Minister Álvaro López-Miera and the special troops popularly known as “black wasps” or “black berets” for their role in the violent repression of the massive protests of the 11J.

“These visa restrictions are in tune with our mission to support the Cuban people and promote accountability not only to the leaders of the regime, but also to those officials who allow these attacks on democracy and Human Rights,” said the statement of the Department of State.

The note ended by warning that Washington will continue to use all the “diplomatic and economic tools” at its disposal to secure the release of “political prisoners” and support “the demands” of the Cuban people for greater freedoms and accountability of the regime. .

Previous “The life of the Kings”, the inspiring and humorous story of Raymond Pozo and Miguel Céspedes
Next Seager and Scherzer left, what’s next for the LA Dodgers in 2022? – Full Swing