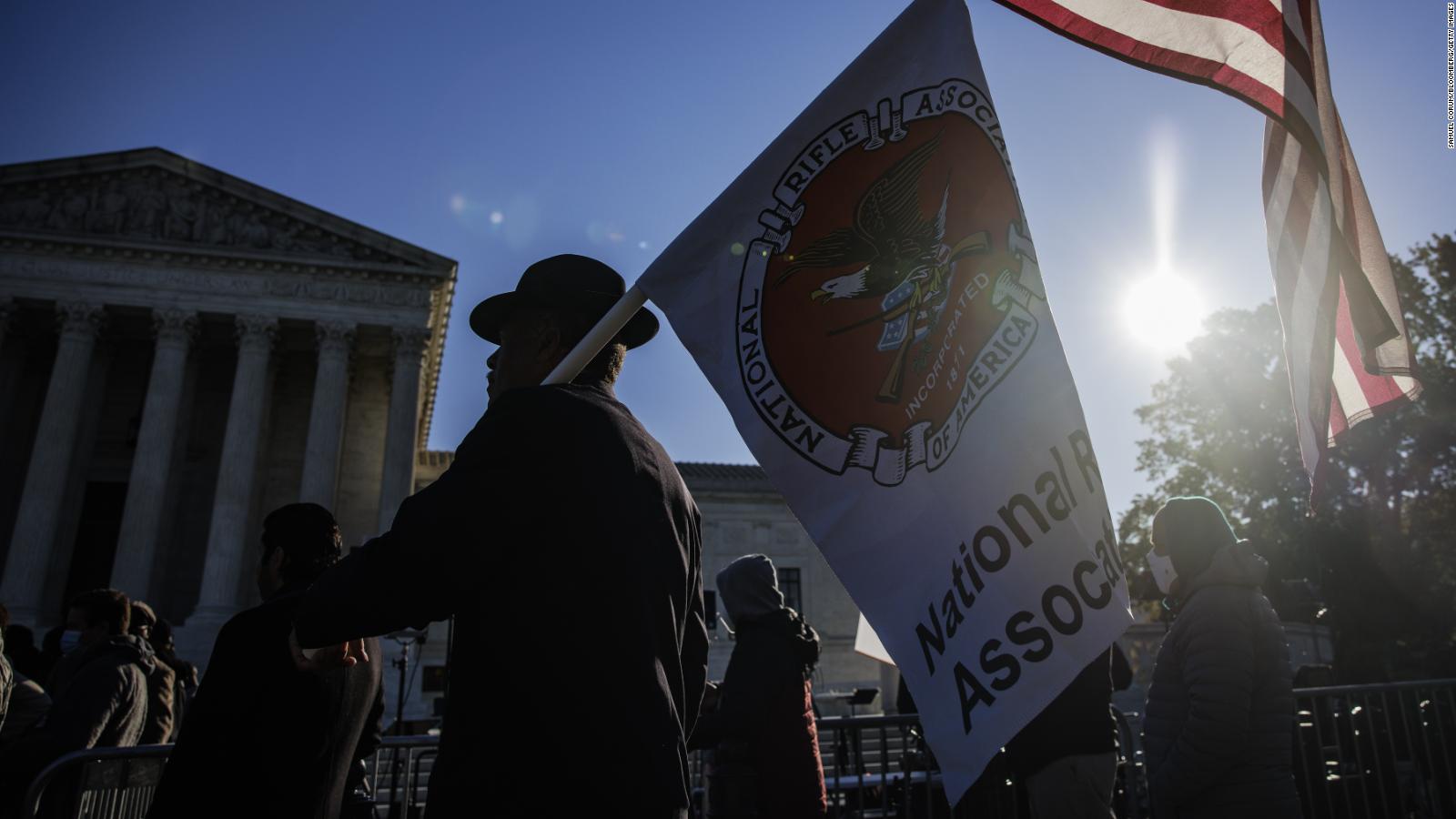 (CNN) — The US Supreme Court on Thursday struck down a New York gun law enacted more than a century ago that places restrictions on carrying a concealed weapon outside the home.

“Because New York State issues public carry licenses only when the applicant demonstrates a special need for self-defense, we conclude that the State’s licensing regime violates the Constitution,” Justice Clarence Thomas wrote for the 6-3 majority. of the court.

The ruling changes the framework lower courts will use going forward when considering other gun restrictions, which could include proposals currently before Congress if they eventually become law.

The decision, in a case brought by a group backed by the National Rifle Association (NRA) and two individuals, could allow more guns to be carried in public.

Why is this group fighting to relax gun laws in Oklahoma? 7:41

Only half a dozen other states have similar laws — California, Delaware, Hawaii, Maryland, Massachusetts and New Jersey — have similar regulations, but those states are made up of some of the most densely populated cities in the country.

Twenty-five states generally allow people to carry concealed weapons in most public spaces without any permits, background checks or safety training, according to the Giffords Law Center to Prevent Gun Violence.

Since two major Second Amendment cases were handed down in 2008 and 2010, the Court has largely dodged the issue, but agreed to pick up the fight after the arrival of Judge Amy Coney Barrett, underscoring her impact on the new conservative court.

In the case District of Columbia v. Heller, in 2008, the Court held for the first time that the Second Amendment protects an individual’s right to keep and bear arms in his home to defend himself. Barring a subsequent decision two years later, the justices largely steered clear of the issue, angering gun rights advocates and even some of the justices themselves.

Thomas and other conservatives have made it clear that they believe the lower courts have ignored the Heller decision by upholding the restrictions. “The Second Amendment is an underprivileged right in this court,” Thomas said previously.

The case, New York State Rifle & Pistol Association v. Bruen was referring to a New York law that regulated licenses to carry concealed weapons in public for self-defense. It required a resident to obtain a license to carry a concealed pistol or revolver and demonstrate “adequate cause” for the permit. Residents must show that they have a serious need for the license and that they face a “special or unique danger to life.”

A panel of judges on the US Court of Appeals for the 2nd Circuit held that the New York law did not violate the Second Amendment.

Biden says he is ‘deeply disappointed’ with ruling

US President Joe Biden said he is “deeply disappointed” with the Supreme Court ruling. and he assured that the decision “contradicts both common sense and the Constitution, and should deeply concern us all”.

“I am deeply disappointed in the Supreme Court’s ruling in New York State Rifle & Pistol Association v. Bruen. Since 1911, the State of New York has required persons wishing to carry a concealed weapon in public to demonstrate the need to do so for self-defense purposes and to acquire a license. More than a century later, the Supreme Court of the United States has chosen to overturn the authority long established by New York to protect its citizens,” the president said through a press release.

Biden stressed that “after the horrific attacks in Buffalo and Uvalde, as well as everyday acts of gun violence that don’t make national headlines, we as a society must do more — not less — to protect our fellow citizens.”

Beyond the ruling, Biden urged states “to continue enacting and enforcing common sense laws to make their citizens and communities safer from gun violence,” and recalled the late Justice Scalia, who stated that “The Second Amendment is not absolute.”

“For centuries, states have regulated who can buy or own guns, the types of guns they can use, and where they can carry those guns. And the courts have upheld these regulations. I call on Americans across the country to speak up.” your voice on gun safety. Lives are at stake.”