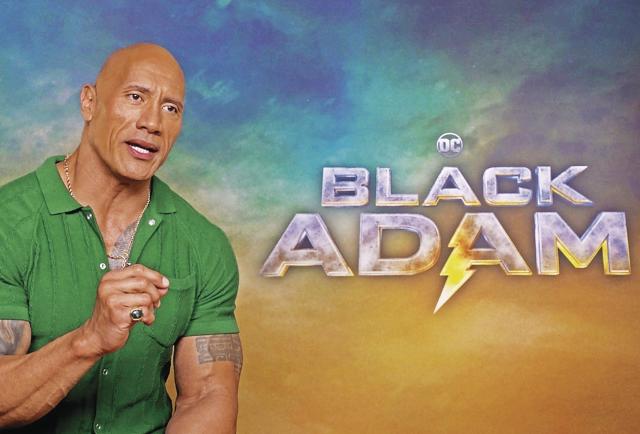 The unknown future of DC Comics in the cinema

The arrival of James Gunn and Peter Safran to the direction of DC Comics in the cinema brought surprises, from the reboot of Superman, which leaves Cavill out, to the questioning of the continuation of Black Adam on the big screen

Just three months ago we saw Henry Cavill announce that he would return to the role of Superman in the DC Comics tapes, after his cameo in the Black Adam movie. After the arrival of new figures at the direction of the comic book publisher, everything changed.

The arrival of James Gunn and Peter Safran to the direction of DC Comics in the cinema brought surprises, from the reboot of Superman, which leaves Cavill out, to the questioning of the continuation of Black Adam on the big screen, character played by Dwayne Johnson, which according to the actor himself, would serve as the basis for the ‘new version’ of DC in the cinema.

“It has been a mix of hits and misses,” said Roberto Díaz, a comic book specialist, to La Estrella de Panamá.

“On the one hand, we have actors we wanted to see succeed like Ben Affleck (Batman), Gal Gadot (Wonder Woman) and Henry Cavill (Superman). We have interpretations outside of the timeline, such as Joker or The Batman (played by Robert Pattinson). But we also have the part that wanted to emulate the Marvel universe, which was not very effective,” Diaz said.

From 2016 to date we have had two Batmans, three Jokers, one Superman (will be replaced), two different versions of the same Justice League movie, one finished movie that will not be released (Batgirl) and some movies canceled or that at risk of being cancelled. This, according to Díaz, is because DC “did not have a defined creative direction”, something that Marvel has had.

This has detracted from the success of the DC films. Data from the specialized portal Statista, does not place any of the comic book publisher’s films in the top 15 of the highest grossing in history. Whereas Marvel has six.

Díaz considers that the reason that DC does not have the same boom as Marvel is that it has not known how to treat its characters. “DC has wanted to treat their characters in the same way as Marvel, but they are very different,” he explained.

“Marvel, as we know it today, was born in the postwar period, when the writers sought to ground these heroic characters so that the audience could connect with them,” he recounted.

According to Diaz, this desire to “humanize” superheroes was what spawned the Marvel characters. “We had a family of superheroes (The Fantastic Four), a teenager who was a champion of justice (Spider-Man), and a millionaire industrialist who wanted to help humanity (Iron Man),” Diaz said, while noted that “DC is something else, it’s a pantheon of modern gods that you can look at and appreciate, it’s something to aspire to.”

“The fact of making the characters mythical and not grounding them (humanizing them) like they do with Spider-Man, it’s a big difference (with Marvel),” he said.

As an example of this, the specialist in comics put the movie ‘The Batman’. “At the beginning of the movie you realize what Batman is. He is the ‘cuckoo’, the being of the night that no one can stop and that if he sets his eye on you, nothing will stop him until he grabs you, that is what makes him a mythical character”.

A different reality than what we see in Marvel. “No one is afraid of Captain America and Iron Man, because we see them as human beings,” he mentioned.

For Diaz, DC needs to focus on developing the characters individually and progressively introducing them into a shared universe. “I feel like DC characters have a rich enough mythology to develop a lot of movies (individually) without having to run into other characters.”

On whether James Gunn and Peter Safran are the right ones to lead DC, the interviewee considers that “time will tell”, since he has not “seen a project made by them”. Although he points out that Gunn’s work as a film director at DC “has not convinced him.”

“If everything will be similar to the Suicide Squad, I don’t think it’s the best option, DC characters have to see themselves in a very different mirror than Marvel’s,” he argued.

The low box office that the latest DC projects have had gives way to the question: is the audience still interested in seeing these characters? Díaz points out that DC fans are “very loyal”, so they will support what the company does. Added to this is how “accustomed” fans are to reboots. “Since 1980 DC has done almost 10 reboots (of its comic book stories), either full or partial,” he detailed. What is in doubt are the people who “joined the train for the cinema or for an actor, because comic book fans will not be affected.”

“For a comic book fan it’s always nice to see characters they never thought would make it to the movies,” he concluded.

Previous Courses in the area of ​​Medicine
Next Bitcoin, Ethereum and Dogecoin prices December 26, 2022