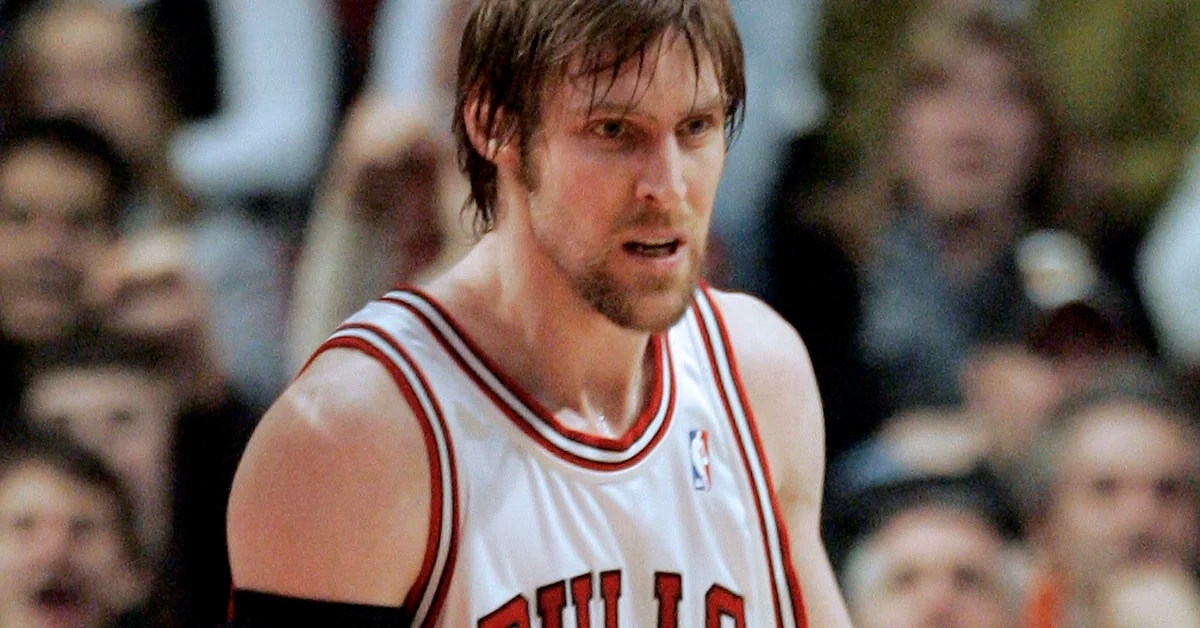 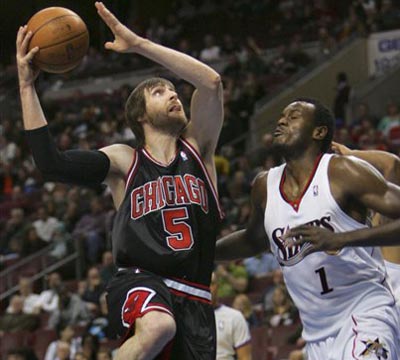 Andres Nocioni He was one of the referents of the Golden Generation Argentine basketball player who was world runner-up in Indianapolis 2002 and who won the gold medal at the 2004 Athens Olympics. That team marked an era and in the middle of both tournaments the former forward managed to make the big jump to the NBA, after three seasons in the Spanish team Saski Baskonia. the chapu told on his Instagram account an unknown anecdote of an event that could have ended his career.

The 42-year-old from Santa Fe arrived in the NBA in 2004 to play in what chicago bullsthe franchise in which Michael Jordan he became a legend. He was on that team until 2009 and from his last year there he recalled the particular story: “It was my last year of contract with Chicago and everything suggested that the renewal would come, because I was playing at a good level,” he began with his story in the I post.

“The break for the All Star Game arrived and my agent, Mike Cound, invited me to spend a few days in Arkansas, the city where he lived. I was. He showed me an old house, which he was remodeling, and we toured the land a bit. I was looking up and suddenly I fell into a well two meters deep. I did shit. Bad,” he revealed. 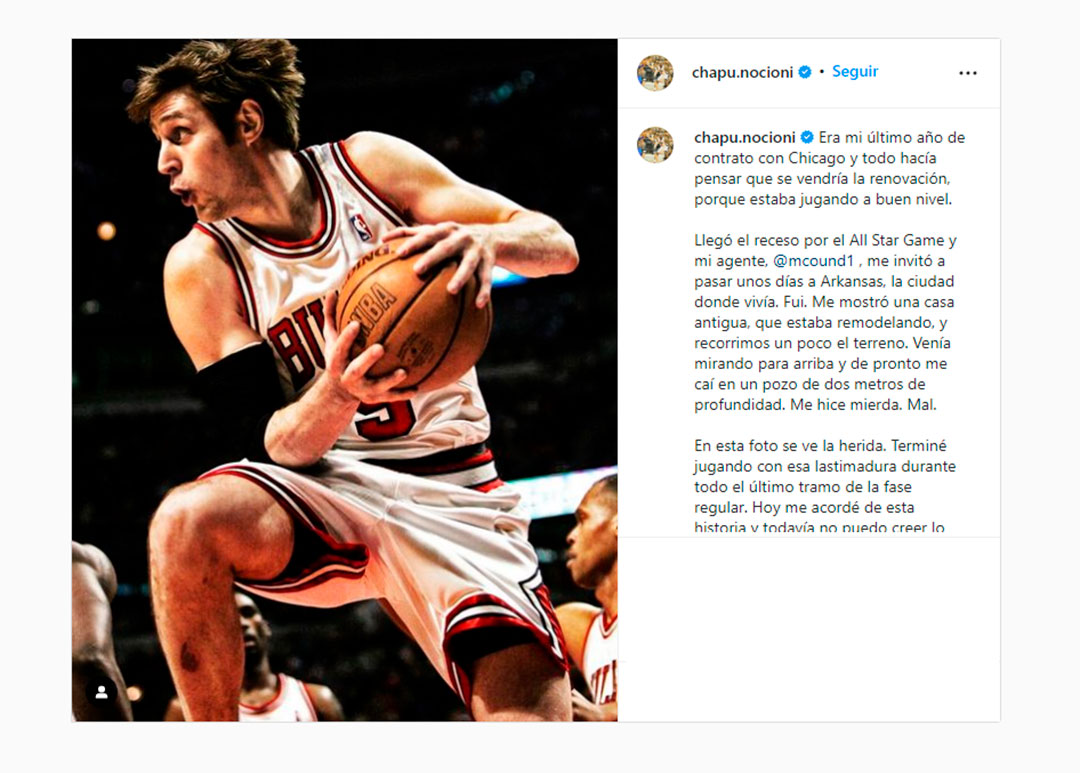 “In this photo you can see the wound. I ended up playing with that injury for the entire last stretch of the regular season. I remembered this story today and I still can’t believe how cheap I got it”, he confessed.

In the post Nocioni tagged Mike Cound, who at the time was his agent, who added his comment in which he mixed Spanish with English: “And as I have said many times since this moment in history, ‘Life happened to me before the eyes,’” Cound said, adding that it took “a little first aid and he was good as new. He just said, ‘let’s go fishing!’ Typical of Chapu”.

“How can it be that by showing Chapu the remodeling of my house, he almost screwed up his year with that? Thanks for not killing me mate!” he stated. 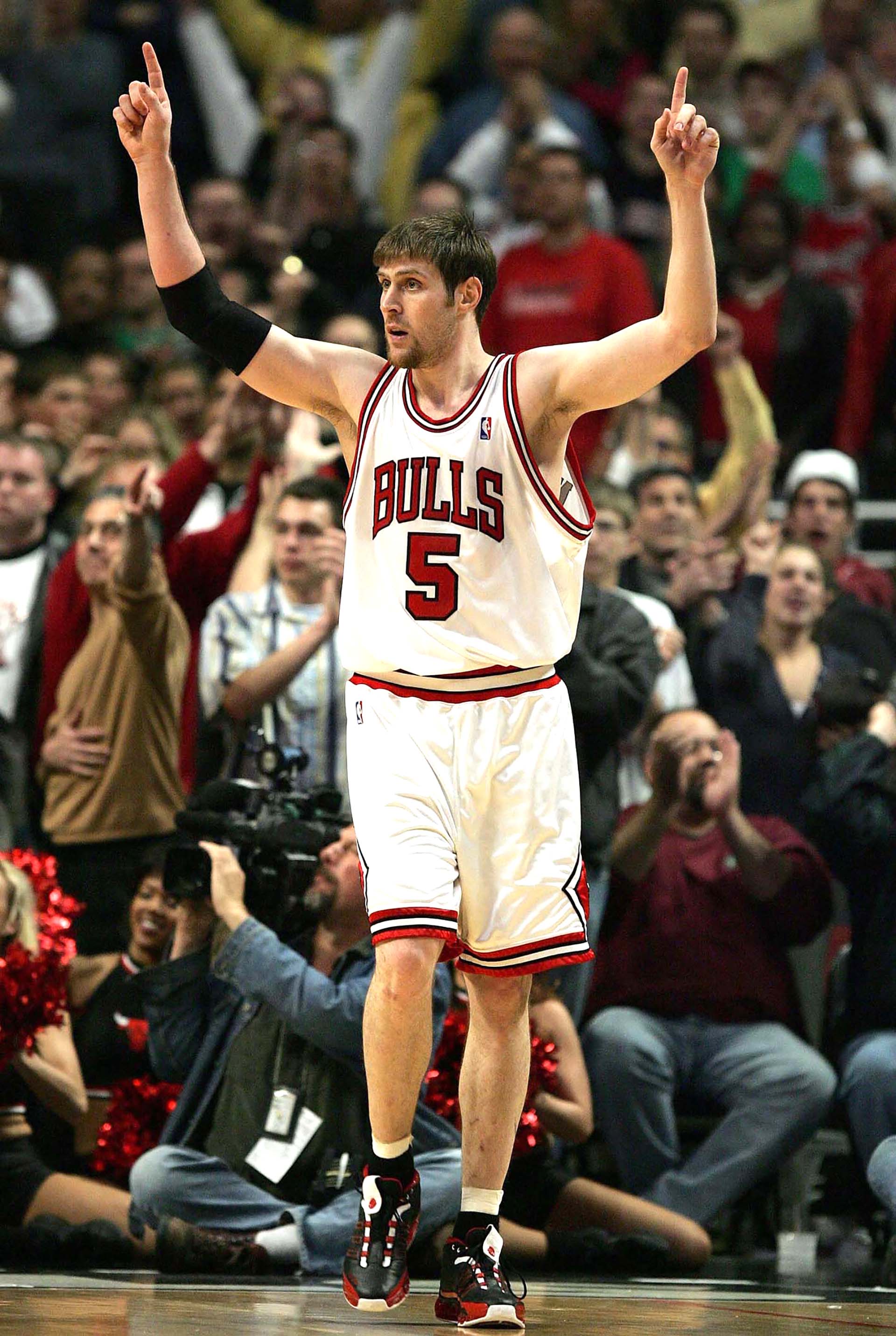 Then Chapu was able to continue in the most important league in the world, but he changed teams and went on to play for two years to Sacramento Kings. He then did a season in Philadelphia 76ers. After a decade abroad he returned to Argentina and was loaned out to play in 2011 at Peñarol de Mar del Plata to play in the 2011 Super 8, which he ended up winning.

Later he returned to Spain to play another three seasons with Saski Baskonia and then went to Real Madrid, where he obtained eight titles in three years, among which the Euroleague 2015, in which he was named MVP (Most Valuable Player) of the final.

With the Argentine national team, apart from the aforementioned merits under the leadership of Rubén Magnano, he won the bronze medal at the 2008 Beijing Olympics and was champion at the 2011 FIBA ​​Americas Championship that was played in Mar del Plata. Today Nocioni is dedicated to being an NBA commentator in ESPN and delights viewers with his experience and stories, like the one he told on the social network.

Basketball star Bill Russell has died at the age of 88: he was eleven-time NBA champion
Passion from a distance: Satty Campazzo, the Japanese fan of the Argentine basketball player who collects his clothing and will travel to meet him
“Ni Jordan”: Granny from Oaxaca went viral on TikTok for her skills as a basketball player