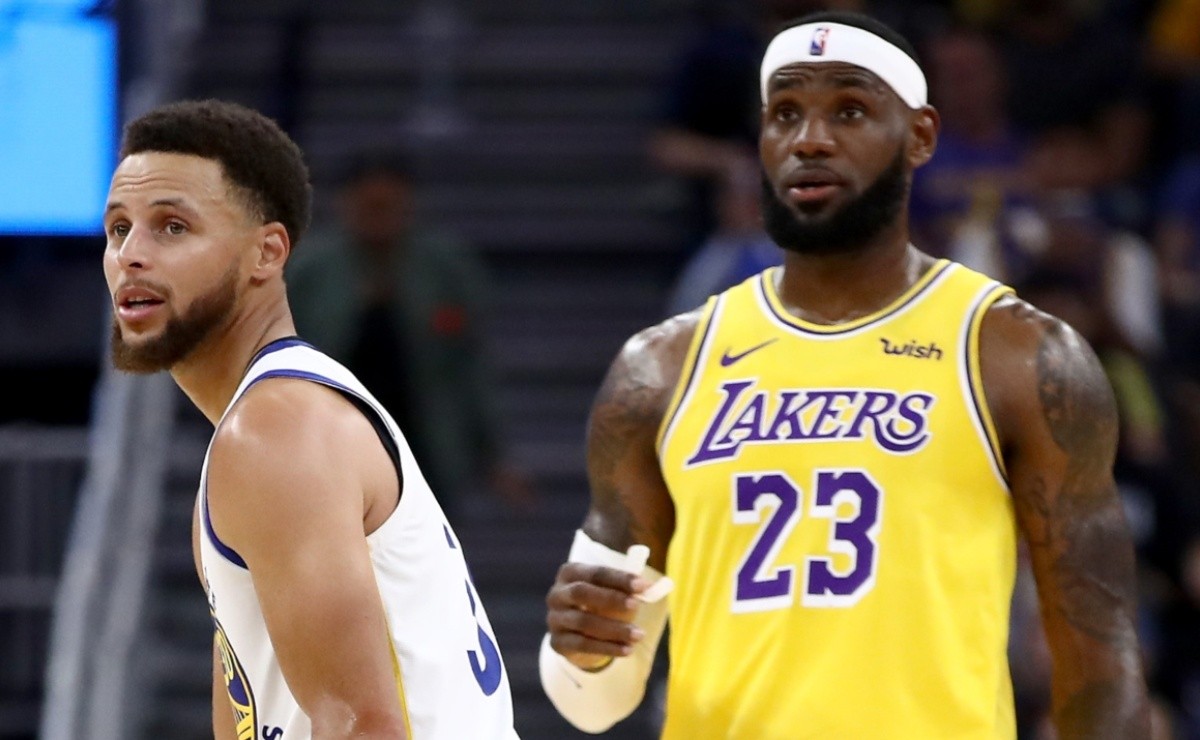 According to a specialized portal in the NBA, the Los Angeles Lakers would not reject an exchange for LeBron James to form a Big-4 with Stephen Curry in the Golden State Warriors.

The fantasy of watching play Lebron James with Stephen Curry on the same team is still possible for experts from the NBA. From the confessions of ‘King’, a specialized portal decided to propose an exchange to form a Big-4 in Golden State Warriors.

According to the Fadeaway World portal (World), one of the best teams for LeBron to win a fifth NBA title is the Warriors and with the exchange they propose everyone would win. Until Los Angeles Lakers! If James doesn’t renew, he becomes a free agent at the end of the 2022-23 season.

With the uncertainty Lebron James will renew with the Lakers, becomes eligible on August 4 with a two-year, $97 million extension, the chance to play and form a Big-4 with Stephen Curry, Klay Thompson and Draymond Green would be a great temptation ‘The king’.

LeBron James made it clear that one of the dreams he hopes to fulfill is to play alongside Bronny in the NBA. One more point for the arrival to Golden State Warriors, since in this exchange proposal they position the Dubs as one of the best teams to select and develop talent of Bron’s eldest son.

According to Fadeaway World (World), the Los Angeles Lakers would benefit if they agree to the exchange that sends LeBron James to Golden State Warriorsas they would receive a shooter who is on his way to being elite, a two-way All-Star and a young promise that they compare to Giannis Antetokounmpo.