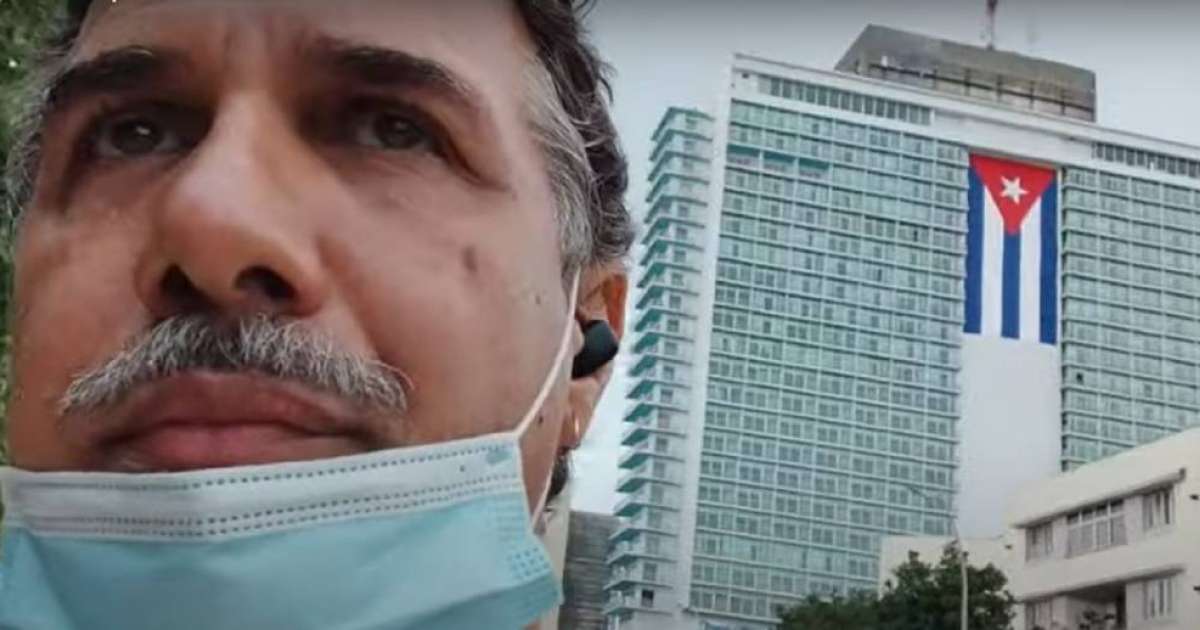 The streets belong to all Cubans

The outstanding Cuban musician Roberto Carcasses, director of Interactive, premiered a conga in support of the march of 15N in Cuba, called by the civic platform Archipiélago.

The song “There is no one to stop me” is a collaboration between Carcassés and the rapper Brew Man (Etian Arnau Lizaire). It premiered on YouTube this Saturday, November 13, in support of the 15N march. The text recalls that “the streets belong to all Cubans.” The music has a conga rhythm and a chorus that could be chanted by the people in the near future.

The letter exalts the importance of respect for Cubans regardless of their political positions and alerts the State that the civic movement started in the country to achieve change, there is no one to stop it.

“Hey, the abuse is over. The Cuban people are already on the streets. Let go of the tonfa and the bat, there is no one to stop this joy,” says the chorus of the song.

“A contribution to the 15N”, is the title chosen by Carcassés to share his new musical theme on social networks.

There is no one to stop me

Not afraid to say what you think

The streets are all Cuban

Leave the nonsense and give me your hand

Free, free and from the Cubans

Rapper Brew Man He was born in Santiago de Cuba and grew up in Havana, in the Alamar neighborhood, the cradle of Cuban Hip Hop. In his participation in the song he raps commenting that the people of Cuba are tired of so much repression.

“People feel tired and they know they want a touch of freedom, praying at dawn. Without whistling the top does not dance in the pitipuá. Mambises have their roots focused on creating a real change and in peace, but if you do not understand hunger You ignore because my people no longer believe in anything, “says the rapper in the song.

The video was recorded on Saturday in a tour that Carcassés made, with a white shirt included, through Calle 23 del Vedado, to the Parque del Quijote, where Yunior Garcia, leader of the Archipelago civic platform he plans to start his solo march this Sunday.

The call for 15N in Cuba is still active. The Cuban diaspora joins in supporting the protesters on the island with actions programmed in more than 114 cities of the world.

Carcassés said after the events of 11J that the protests in Cuba are produced “by an accumulation of frustrations.” He assured that in the current context, labeling the protesters as mercenaries is a lack of respect for Cuban intelligence.

Like you, thousands of Cubans in Spainin United Statesin Mexicoin canada they read and support the independent journalism of CiberCuba. Our editorial independence begins with our economic independence: no organization in any country finances CiberCuba. We make our own agenda, we publish our opinions and we give voice to all Cubans, without external influences.

Our newspaper has been financed until today only through advertising and own funds, but that limits what we can do. This is why we ask for your help. Your financial contribution will allow us to carry out more investigative journalism actions and increase the number of collaborators who report from the island, while preserving our editorial independence. Any contribution, large or small, will be very valuable to our future. From only $ 5 and with just one minute of your time you can collaborate with CiberCuba. Thanks.

Previous Summary of the match Atlante vs Pumas (2-2). Penalties
Next Joe Biden will sign the infrastructure project that has $ 2.265 million in allocations for Puerto Rico into law