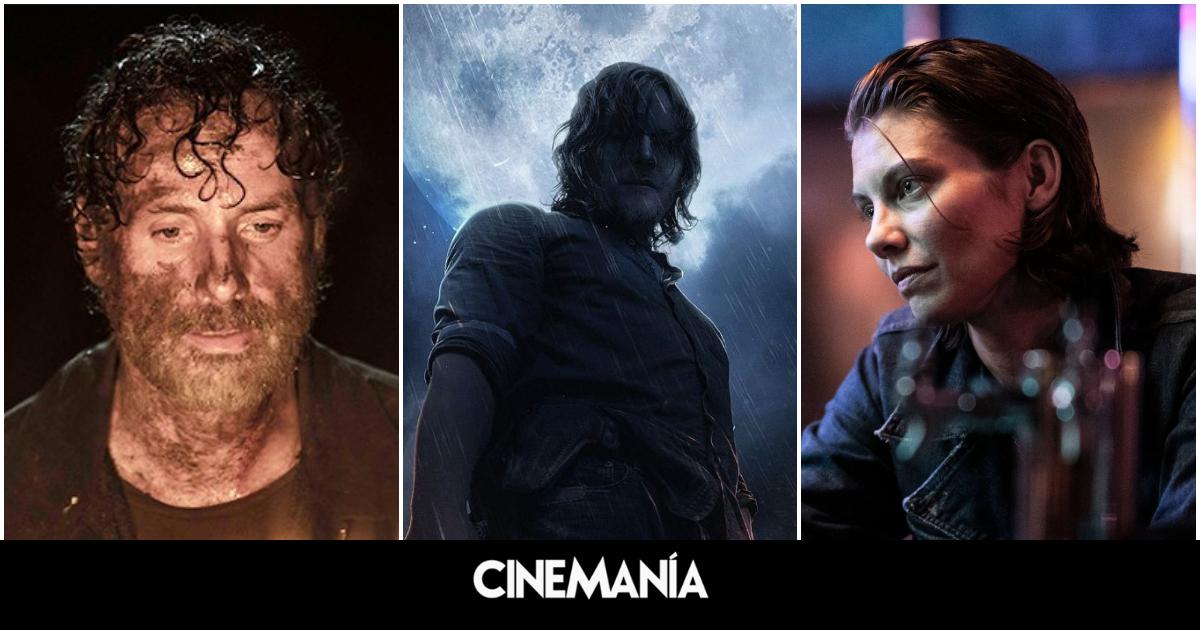 the spin-offs that the franchise is preparing

with the end of the walking dead, the hordes of the living dead have said goodbye to viewers after 11 seasons. But, the survivors of the apocalypse still have many misadventures to live in the spin-offs that continue on the air and those that are yet to come. An expansion of the stories we knew in the main series, which adapted the comics created by Robert Kirkman.

Next we do a review of the spin-offs that the series has had and those that will land in 2023.

The series that have accompanied us these years

The first spin-off of TWD landed at AMC in 2015 and currently already has up to 7 seasons (103 episodes). It is a prequel to the events that occurred in the main fiction, which takes us to the city of Los Angeles, where he lives the clark family. Its members must survive the explosion of the zombie apocalypse, caused by a strange virus that has spread throughout the world.

A fiction in which we also knew that it had been of the characters of Morgan Jones (Lennie James) and Dwight (Austin Amelio)accompanied in the cast of actors of the stature of colman domingo, ruben blades (yes, the singer-songwriter), Kim Dickens either Frank Dillane. Fear The Walking Dead It will soon premiere its eighth season.

The Walking Dead: World Beyond

Focused on the first generation of survivors born during the zombie apocalypse, this spin-off was not as lucky as its predecessor. World Beyond aired two seasons between 2020 and 2021, introducing us to the Civic Military Republic and the Alliance of the Three, organizations very present in the outcome of the original series. A relevant fiction to lay the foundations for the future of the franchise and give us clues about Rick’s whereabouts.

The series featured recurring actors such as Julia Ormond, who plays one of the Lieutenants of the Military Civic Republic, known as Elizabeth Kublek. An organization that is behind Rick’s disappearance in season 9 of TWD. The actress appeared along with other regular characters such as Elton (Nicolas Cantu), hope(Alexa Manson), Felix (Nico Tortorella) or Iris (Aliyah Royale), among others.

Tales of the Walking Dead

Anthological series released this year, which follows the story of several of the famous characters of TWD and many others that we did not know. The first season had six episodes, in which the actors participated Samantha Morton, Jessie T. Usher, Anthony Edwards, Terry Crews, Olivia Munn or Lauren Glazieramong many other performers.

The series that will arrive soon

The last episode of TWD showed us the redemption of Negan (Jeffrey Dean Morgan)although Maggie (Lauren Cohan) she was unable to forgive him. However, the Hilltop leader showed an approach towards him and allowed him to live in Alexandria. Now, the two characters will star in their own series, which will make them move to New York City, where they must fulfill a new mission.

As we know from the synopsis, the city “is full of walkers, but also of citizens who have made New York an isolated world full of anarchy, danger, beauty and terror”. A place where the presence of the Military Civic Republic could also be relevant. Dead City is developed by Eli Jorne after having been a scriptwriter in the mother series, being closely supervised by Scott M. Gimple.

After becoming the showrunner of TWDfollowing the departure of Frank Darabont in 2011, Angela Kang will also sign one of the most anticipated spin-offs by viewers. In the last episode of TWD, Daryl embarked on a new motorcycle trip in search of Rickafter Judith confessed that Michonne had found out that he was alive and was following in his footsteps.

Thus, we will get to know the character even more, who has practically become the great protagonist of TWDwhere we saw him in a relationship with Leah (denying the rumors that fluttered about his sexuality) and his great friendship with Carol (Melissa McBride), who finally decided to leave this new project. An exit that would have had to do with logistical problems, since the series will be shot in Europe. Will we know what happened to the survivors of the old continent?

Spin-off of Rick Grimes and Michonne

The 11×24 of the walking dead The series concluded with the reappearance of Rick (Andrew Lincoln) and Michonne (Danai Gurira), who will have to explain what has become of them since season 9. Initially, the sheriff was going to star in a trilogy of films, which finally became a spin-off with Michonne.

Now, the new series of both will address their search for each other and Rick’s captivity in the Civic Republicwhere it ended after the bridge explosion and the trip with Jadis (Pollyanna McIntosh) in the black helicopter.

Previous The “treacherous” photo of Robert Lewandsowki’s wife before the match between Poland and Mexico for the World Cup
Next Persecution in Nicaragua: they denounce that the Ortega regime kidnapped the dissident sociologist René Vargas