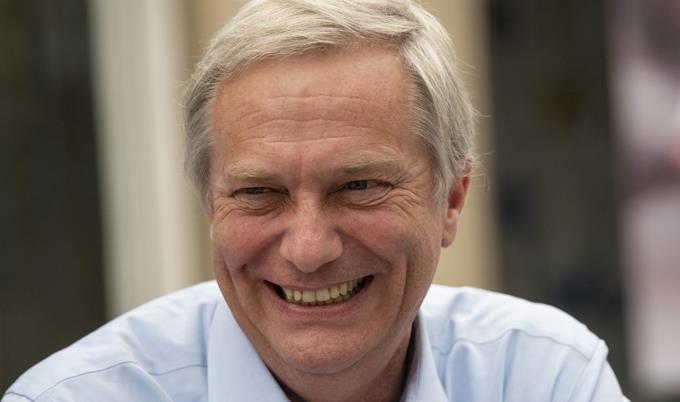 The statements of the ultra-conservative Chilean presidential candidate José Antonio Kast, who affirmed that democratic elections were held during Augusto Pinochet’s dictatorship and “political opponents were not locked up”, aroused this Saturday the reaction of the rest of the candidates, who accused him of ” denialism “.

The candidate of the Republican Party, who several polls place among the favorites to be the new president, made those statements last Friday in a meeting with the international press in which he answered why he does not qualify the military regime of Pinochet (1973-1990 ) as a dictatorship, but it does put this qualifier to the Governments of Cuba, Nicaragua and Venezuela.

“There is a situation that clearly makes a difference with what happens in Cuba, Venezuela and Nicaragua. I think that Nicaragua fully reflects what did not happen in Chile, that in the face of democratic elections, democratic elections were held and not he locked up political opponents, and that makes a fundamental difference, “said Kast, statements that had a wide echo in the media through the cable broadcast by Efe.

The candidate, a 55-year-old lawyer, explained that the Constitution that was promulgated in 1980 during the Pinochet regime, and that is currently in force after several reforms, “contained the entire transition to democracy, which was fulfilled” and that, ” therefore, there is no point of comparison “with what happens in the” dictatorships “of Cuba and Nicaragua or in the” narco-dictatorship of Venezuela. “

The matter was installed this Saturday in the electoral campaign, just seven days before the polls open next Sunday for one of the most uncertain elections in the history of the country, and aroused the reaction of several of the other six candidates to occupy the first magistracy.

The main favorite in the polls, the leftist Gabriel Boric, indicated that what Kast said “is very serious” and added that it “shows not only his vision of history, but also of the future.”

“He not only denies the crimes committed by the Chilean dictatorship that he supported, but also in his program he proposes to close the National Institute of Human Rights,” said Boric.

The letter from the center-left, Yasna Provoste, pointed out that what Kast said “is not effective” and that it seems to him “of the utmost gravity” because “in Chile opponents were imprisoned, tortured and made to disappear.”

The candidate of the ruling right, Sebastián Sichel, wrote on Twitter that it is not possible to “legitimize or relativize violence, the restriction of freedom and the persecution of those who think differently” and pointed out that “as Vargas Llosa says: all dictatorships are bad, dangerous and unacceptable. “

Finally, the progressive Marco Enríquez-Ominami stated in the same social network that “denialism is a form of violence” and warned that with Kast “life in common is in danger” and that he is going to “steal democracy.”

In his conversation with journalists, Kast also said that he does not feel right-wing and asked that he not be classified as such, but rather as “a candidate of common sense.”

“I’m not (far right)” (…) A concept was coined by the press that I am extreme, extreme in what? (…) It is an old political division and we are going to break the traditional political schemes, why do you think that someone who is described as the extreme right points the polls? “, He said.