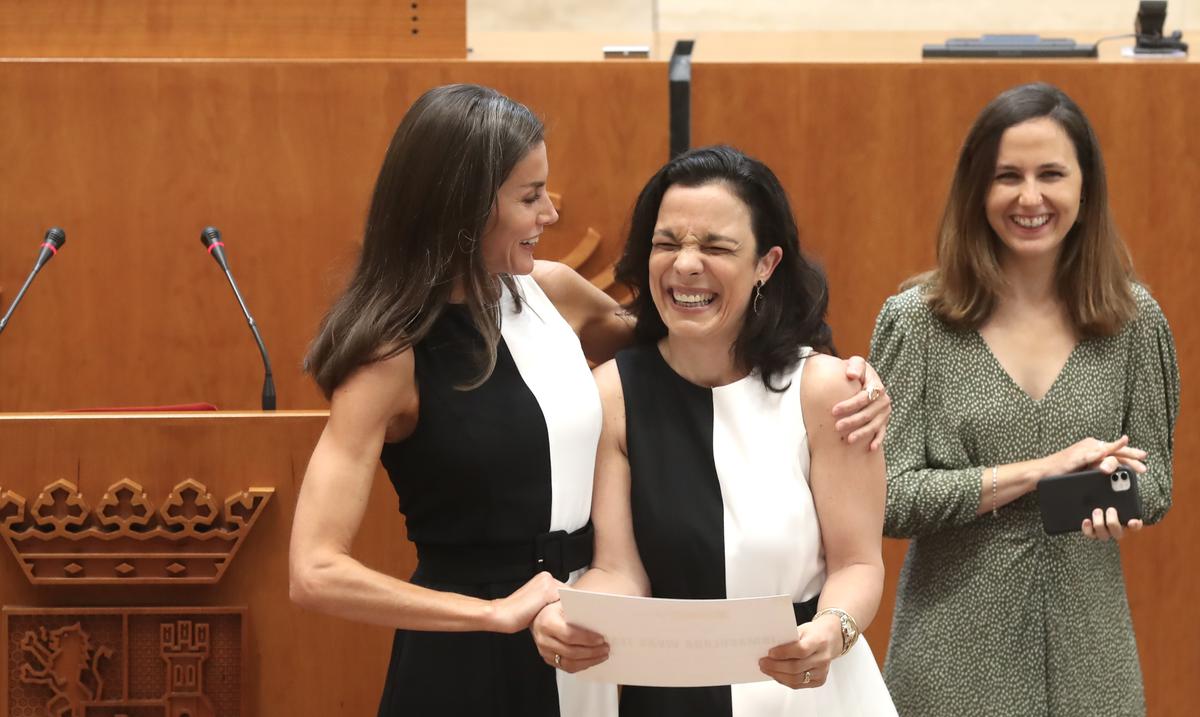 How many times has it happened to you you arrive at an activity and suddenly see another woman wearing the same dress you are wearing?

In your mind you torture yourself because you didn’t use something that you already had in your closet for a long time and you blame yourself for having chosen that dress that had just arrived at the store. Then, surreptitiously, you sit or go to the opposite corner of the room, praying that no one notices.

But that is not the only way to react to this situation that happens even to members of royalty. It turns out that today, Letizia from Spain traveled to Mérida to attend the meeting of the Council of the Royal Board on Disability, where the Queen Letizia 2021 Awards were presented. There, one of the recipients of the prize, the professor of civil law, Inmaculada Vivas, was dressed just like the queen.

The coincidence caught everyone’s attention and Both the queen and Vivas decided to take the situation as a joke and laugh at the moment.

The dress is from the Spanish firm Mango which is sold for 49.99 euros in Spain and for $99.99 on the brand’s online page in the United States.

The piece is two-tone -black and white- with a belt that slims the silhouette very well.

Letizia – like other members of the royalty of the world, such as Kate Middleton – always It has been characterized by wearing the clothes several times and also by wearing both designer pieces and popular stores.