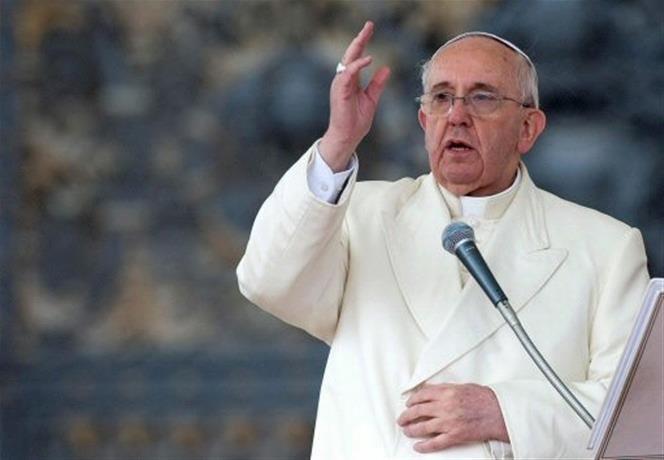 The Pope in Assisi: “Often the presence of the poor is seen as a nuisance that must be endured”

The Pope has attacked the tendency to blame the poor and make them “responsible” for their own situation while criticizing the “hypocrisy of those who get rich beyond measure”, as well as “the injustice of some laws and certain measures economic “.

“Often times, the presence of the poor is seen as a nuisance that must be endured. Sometimes we even hear that those responsible for poverty are the poor!” Francis exclaimed before more than 500 people with few resources from all over Europe that They have traveled to the city of Assisi, in the Italian region of Umbria, to celebrate the World Day of the Poor in advance. The Pope established this day five years ago to remember the most vulnerable in society that it is actually celebrated this Sunday.

Francisco has pointed out that the first marginalization faced by the poor is “spiritual” and has criticized that “blame is placed on the back of the weakest.” For this reason, he has urged “to restore the word to the poor” because for a long time their requests “have been neglected.” “It is time to open our eyes and see the state of inequality in which many families live. It is time to roll up our sleeves to restore dignity by creating workplaces,” he said.

Thus, he has asked that society once again “be scandalized” by the reality of children who are starving, “who have been reduced to a state of slavery, shaken by the waters of shipwrecks” or who are “victims of so much violence” . He has also demanded that “violence against women cease and that they stop being treated as exchange merchandise.”

For this reason, he has proposed “welcome” as a measure to live “social fraternity”. “Welcoming means opening the door, the door of the house and the door of the heart, and letting in the caller so that he can feel comfortable and not be impressed,” he stressed.

In the same way, he lamented that there are attitudes in society that advocate “fear of the other” and “contempt for his life” because that is where “rejection arises.” “The reception generates a sense of community; on the contrary, the rejection is locked in the own egoism”, has confirmed.

The bishop of Rome arrived early in the morning in the Italian city of Assisi to celebrate the fifth World Day of the Poor and meet with more than 500 people in need from different parts of Europe. Sitting in front of the porziuncola, a small Church inside the Basilica of Santa María de los Ángeles, in Assisi, where the beginning of the Franciscan movement is located, has been listening to the testimony of several people who have suffered the difficulties of life.

For example, the testimony of an Afghan couple who had to flee the country after the emergence of the Taliban regime and who now hope to be able to get their four children out of there. That of the Spaniard Sebastián, who has narrated to the Pope his experience of violence and drugs, ended up in jail and, when he had hit rock bottom, a priest from Toledo appeared in his life and extended his hand without reservation. Or the testimony of Mariana, a 43-year-old woman from Romania with a spinal cord disease that left her in a wheelchair and causes severe pain.