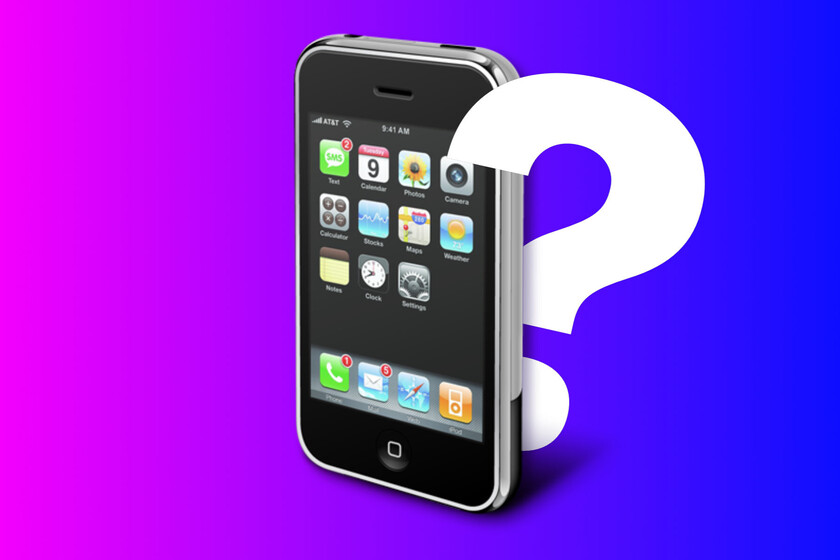 The original iPhone was a turning point in the mobile phone market. Despite its groundbreaking concept that combined a huge multi-touch screen for the time with an operating system designed from scratch for her, there were three things missing from her debut. And now, fifteen years later, the person responsible for creating them has confessed the reason for this delay.

The original iPhone did not have copy, cut or paste text

That’s how it is, the original iPhone couldn’t copy, cut, or paste text. What’s more, you couldn’t even select the text in front of you, because what if you couldn’t do anything with it? Many saw this lack as something capital at that time, being a frequent criticism in the early years.

You’d think Apple was quick to add copy and paste to the iPhone in its second iteration of iPhone OS 2 (because the first three versions of iPhone software were called iPhone OS). But not. The users they had to wait until 2009 when the functionality was announced with iPhone OS 3. It was accompanied by “shake to undo”, where if you moved the iPhone quickly, it offered us the possibility to undo the text typed.

The original iPhone didn’t have cut/copy/paste. Infamous! The quickest explanation is that I didn’t have time to do it right. I had too much keyboard, autocorrection, and text system work to do. The design team didn’t have time either. So we passed on the feature for 1.0. https://t.co/SLncIxohkk

Ken Kocienda is the author of Creative Selection, one of the most interesting books for learn the ins and outs of internal Apple development. It was he who created the original iPhone trick by pressing the screen. And here he confesses to us the reason that copy, cut and paste was not in the original iPhone. The reason is I just didn’t have time To do it good. She has been working on the iPhone’s autocorrect and also on the text entries in the system. The design team also didn’t have time, so the feature was scrapped for iPhone OS 1.

Judging by their words, they also didn’t have time to get it into iPhone OS 2, the operating system that the iPhone 3G would see. Although the reality may have been different: copy, paste and cut were not a priority at that time. It may sound crazy to us that the iPhone couldn’t do that back then. But it is no less true that it was a new platform, whose growth was very rapid and there were other things to do. After all, the very App Store (today the absolute protagonist) did not appear until 2008: a whole year after the launch of the iPhone in 2007.