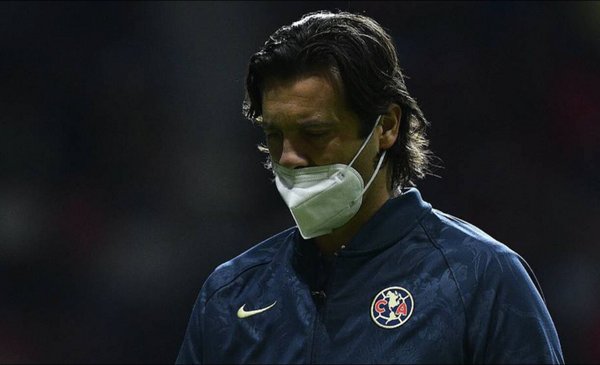 One of the elements that has stood out the most so far is the signing he made Santiago Solari upon arrival. Alvaro Fidalgo was the one who scored the most goals this season, but he was on the verge of not being in the squad and is that the economic situation of the America club prevented a signing prior to him.

In accordance with Jorge Van Rankin, who is a close friend of Emilio AzcarragaWhen the strategist arrived at the team, they were looking to at least get some players who could change the face of the team, the first of them was Nacho Fernandez, former player of River plate and who is currently working in the Athletic Mineiro.

The main reason why he could not reach the institution, says the source, is because the footballer had a very high cost and could not be within the reach of what the board could offer. Given this, the decision was made to bring in a player like the Spanish who began to give good results, but Solari was left with the idea of ​​seeing him in the Eagles.

Ignacio Martín Fernández is a 31-year-old footballer with great experience, he plays as an attacking midfielder, but he also has qualities on both sides and inside. The value of the footballer was 6 million euros at that time, but when he rejected the proposal, he went to Mineiro where he has a contract until 2024.