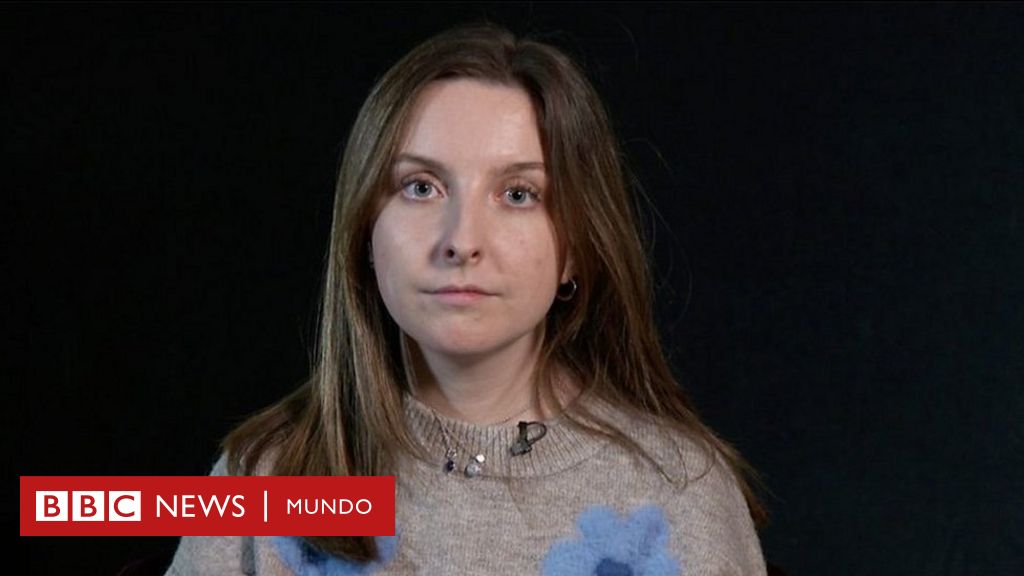 “The misdiagnosis for which I was admitted to a psychiatric hospital”

When Hannah Farrell lost the ability to speak and function, doctors thought she had a mental illness. But, later, they discovered that her symptoms had a physical cause.

“I have a very vivid memory of my GP telling me, ‘You are mentally ill and you have to accept help so you can get better.'”

She was living with her family when she began experiencing flu-like symptoms.

“I went to see my doctor and she told me that viruses usually go away, that I just needed to stay home and rest, that I had to take it easy.”

Her doctor thought she had glandular fever.

But although Farrell felt very tired and her symptoms fit into that picture, she began to develop some changes in your personality.

Soon after, he lost his ability to speak.

“I had to ask my mom to come with me, to sit next to me and speak to the doctor for me.”

“I would write to my mom what I needed her to say.”

Farrell was sent home with antidepressants and an order for a psychologist to see her.

Their symptoms will sharpened and a short time later, she was admitted to a psychiatric hospital, where she was given antipsychotic medication.

A psychiatrist examined her and ordered an MRI.

On that exam, the doctors found a cyst in his brain and she was referred to the emergency room for further studies.

“When I got to the ER, they checked the cyst and said I was probably born with it, maybe it had nothing to do with the symptoms.”

“But what they did notice was that my blood test showed that I was fighting a type of virus.”

There were more tests, and after three weeks, Farrell finally received a diagnosis: encephalitis due to anti-NMDA receptor antibodies.

“It’s an autoimmune form of encephalitis, which is inflammation of the brain.”

According to Professor Guy Leschizner, the fact that physical symptoms are mistaken for mental illness is not uncommon.

“Sometimes we see individuals with psychosis and severe behavior changes and the initial diagnosis in them is a psychotic illness such as schizophrenia. But, in fact, over the days or weeks, while they are in the hospital, it starts to become what is underlying is evident: that it is one of those autoimmune conditions,” says the specialist in neurology at Guy’s and St Thomas Hospital in the United Kingdom.

For more than a century it has been known that damage to certain parts of the brain and tumors can cause changes in personality or behavior.

“In the last 20 years or so, we’ve begun to recognize that there are a number of conditions that are immune-based, causing the immune system to attack the brain and causing damage to brain function,” the professor says.

“In Farrell’s case, it took several weeks for the doctors to recognize that it was a serious autoimmune condition that required treatment with very powerful drugs.”

Farrell says that she was later transferred to the neurology area.

“I was completely mute, having lost the ability to dress, bathe, and feed myself. At this stage, I was really trapped in my own body“.

Farrell was subjected to a immunotherapy treatment and a 13 plasma exchanges, a process in which blood is filtered before it is pumped back into the body.

Although the treatment initially didn’t work and doctors told his parents he probably didn’t have long to live, after two weeks, Farrell woke up.

He managed to start saying a few words.

Over the next few weeks, Hannah learned to talk and walk again. She says it was like learning to live again.

“I look back at the person before I had encephalitis and I don’t really know them. I just can’t connect with that person.”

Five years have passed. Farrell has recovered, although he is still undergoing immunotherapy treatment. That makes her more vulnerable to infection and could affect her fertility.

“I wish general practitioners knew more about encephalitis because they are the first point of contact for many patients,” he says.

“I wish my doctor had known more about it so he could guide me on the right path. If I had to think of all the people who had encephalitis and died in mental hospitals or nursing homes, I wouldn’t be able to sleep at night.”

In Farrell’s case, encephalitis, a physical illness, was mistaken for a mental illness. But sometimes the opposite happens.

“We know that the connection between the body and the mind goes both ways. Physical problems can cause psychiatric symptoms, but psychological problems can also contribute to physical illness.”

Professor Leschziner further says that he sees patients who have symptoms such as seizures, paralysis and numbness without an obvious physical cause. Some are eventually diagnosed with a functional neurological disorder, or FND (for its acronym in English), which is a problem with the way the brain receives and sends information to the rest of the body.

“We don’t fully understand what causes these conditions. It seems that anyone can be vulnerable to changes within the software that defines how our nervous system works.”

“We know there are some risk factors. Namely stress, anxiety, depression, prior psychological trauma in particular. But ultimately, anyone can develop these functional neurological disorders“adds the teacher.

Mental and physical health as a whole

Worldwide, hundreds of thousands of people develop FND each year. Conditions like this and the experiences of people like Hannah have led some doctors to believe that we need to stop thinking of physical and mental health as separate.

“I think we should stop defining diseases or disorders that are of the body or of the mind. We know that in reality, in almost all cases, there are contributions from both,” says Leschizner.

“Even in conditions thought to have a purely physical basis, we know that how people interpret their symptoms is important in terms of defining their quality of life.

Understanding this and making sure that everyone has access to physical and psychological treatments is really of the utmost importance for almost every condition that our health care systems see. It’s important for everyone,” he concludes.

Previous Not even Luiz’s blow hurt that much, Lopetegui and the slap to Jiménez at Wolves
Next Icons of good dressing in 2022