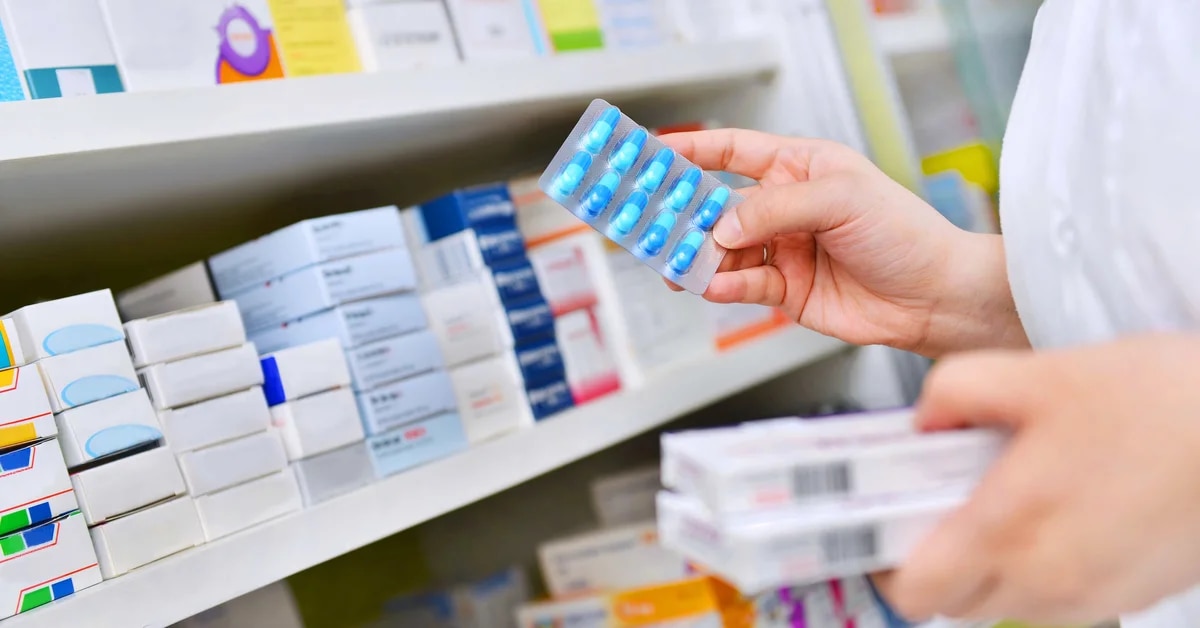 After the inconvenience in access to drugs and after the complaint of hundreds of patients, the health portfolio warned that people in chronic treatment will be able to maintain the previous modality until the end of February

The publication in the Official Gazette, during the early hours of Monday, of a change in the digitized recipes, generated strong inconveniences for patients seeking to acquire medicines to treat their pathologies. Now, after hundreds of people complained about the inability to access the drugs, the Ministry of Health issued a statement outlining the scope of the measure and warning that, for those with chronic treatmentsthe previous modality will be maintained until the February 28th.

Digital prescriptions: the impact of the change in the rules for the purchase of medicines

The Ministry of Health established that the photo of the medical order will no longer be valid and only paper or electronic prescription with digital signature will be accepted, except in the case of PAMI affiliates. How it affects patients

Through a new statement, as I advance infobae, the health portfolio warned that what it “left without effect is the prescription of medicines through photos of the prescriptions sent by text message, messaging applications via the web, mail or fax, which had been exceptionally authorized during the Isolation Mandatory Preventive Social”. “These recipe photos are not digital or electronic prescriptions,” she stressed.

“The Ministry of Health, the Superintendence of Health Services, the Provincial Works and Social Services Council of the Argentine Republic, the Argentine Pharmaceutical Confederation, the Association of Owners of Argentine Pharmacies, the Argentine Federation of Chambers of Pharmacies and the Pharmaceutical Federation accompany Ministerial Resolution 3622/22 and ratify the importance of returning to the prescription system prior to Mandatory Preventive Social Isolation (ASPO), which allows adequate traceability and safety of medicines and encourages their rational use”, they reported in a statement issued during the night of this Tuesday.

Change in electronic prescriptions: discomfort and problems in access to medicines are growing

After the repeal of the measure that allowed the photo of the medical order for a patient to purchase a drug, the inconveniences in the dispensations deepened. This is why an extension would be established until the end of February. What is the situation in pharmacies

Previously, they had assured that “in agreement with pharmaceutical associations, the Council of Provincial Works and Social Services of the Argentine Republic and the Superintendence of Health, it was defined that those patients with chronic diseases who had been using this modality until today, will be accepted the photo of the prescription in pharmacies until next February 28, to facilitate the transition process”. It is that, as indicated in the joint document, “exceptionally, the use of photos of recipes sent by digital channels (Whatsapp and email) for chronic treatments with a validity of seven days, had been authorized for the duration of the ASPO, mechanism only acceptable in times of emergency”.

After the implementation of this measure, hundreds of patients reported problems accessing the medication necessary for their daily lives.

“Resolution 696/20 had been issued so that patients with chronic pathologies would not have to circulate to continue their treatment in the midst of isolation. In a different epidemiological and health context, it is essential to return to the usual procedureswhich allow greater safety and traceability of medicines, promoting their rational use”, stated the previous letter.

Change in digital prescriptions: it will no longer be possible to present a photo of a medical order

The National Ministry of Health regulated the necessary documentation for the sale of medicines. Only prescriptions with certified electronic signatures will be valid

As indicated by the Ministry of Health in a statement issued on Monday night, after hundreds of patients complained on social networks and the pharmacies themselves, “what was repealed is resolution 696 issued in 2020, which allowed , in the context of ASPO and as an exception, the prescription of medicines through text messages or web messaging applications”. While warning thatdigital and/or electronic prescriptions (with electronic or digital signature) will continue to be accepted as before”.

In the words of the portfolio led by Carla Vizzotti, this change is related to “the epidemiological and health situation”, which they described as “very different from that at the time the resolution repealing it was issued.” “During ASPO, the exceptional acceptance of physical prescription photos was taken with the aim of preventing people who needed medication from circulating, thereby reducing the transmission of the virus and the risk of contagion,” they stated.

The change in the methodology of digitized recipes was reported on Monday, in the Official Gazette

And they continued that, “after the emergency, it is convenient to return to the previous mechanisms, which guarantee greater security because they are less likely to be falsified and encourage responsible use of medicines, as agreed with ministers of health from all over the world.” the country at the Federal Health Council on October 4 of this year”.

In this way, as indicated by the Ministry of Health during Monday night, “the prescription of medicines must be carried out with all the corresponding security mechanisms: the prescriptions must ensure the identity of patients and doctors and the prescribed medicine must be authorized by the ANMAT, to be identified by its generic name and to be part of a scientifically validated therapeutic indication, within the rational use of medicines”.

“In turn, pharmacies carry out the corresponding controls for the dispensation, generating the records required by law and also complying with the traceability of the medicine delivered. The exception mechanisms that are repealed with this resolution did not provide the necessary guarantees to comply with these precepts.”, they argued.

These modifications were put into practice, even before the users themselves (and many health professionals) knew of their validity / Photo: Agencia Andina

“As before the pandemic, the digital and/or electronic prescriptions that are accepted are those that have an electronic or digital signature, as established by the Digital Prescription Law, which is in the implementation phase, and the Electronic Signature Law” , explained from the health portfolio and added: “It is expected that, from the regulation of this law, the providers that have this service will be expanded and, therefore, the accessibility of the patients to the medicine will be simplified”.

Finally, in the statement released this Tuesday, they stressed that “in most of the provinces and subsectors of the health system (provincial social works, public health system and some national and prepaid social works)the possibility of presenting recipes through photos is not in force since, after the ASPO, the resolution ceased to be in force” and they reiterated that “the repeal of this mechanism is a measure agreed with ministers of the 24 jurisdictions in the framework of the Federal Health Council”

On the other hand, from the Center for Argentine Pharmaceutical Professionals (CEPROFAR) They issued a statement and, after recalling the context of the measure, they indicated that it was “a resolution of the National Ministry of Health”, for which they assured that “from now on the recipes must comply with technical and legal requirements”.

“The Ministry of Health had authorized, during the pandemic, on an exceptional basis, the sending of images of recipes by courier. It had done so through resolution 696, of April 2020, and what was sought at that time is that it was possible to continue with the treatment of chronic diseases, mainly, although also acute -which sometimes require the use of antibiotics and prescription analgesics. – Given the difficulties in face-to-face health care imposed by the pandemic. This mechanism for prescribing prescriptions became common, added to the facilities provided by telecare”, they recalled from the entity that brings together professionals.

And they added: “Resolution 696/20 has now been repealed, professionals must abide by current regulations: national laws 17132/67, 17565/67, 27553/20 and concordant laws in the provincial districts. The latter is what allows the use of electronic and digital prescriptionsbut more than two years after its promulgation -in August 2020- their application is not yet regulated, which limits and creates ambiguities in the use of these resources”.

“To date, it is only clear that prescriptions can be used in paper format, signed by the doctor by handwritten signature, or in a document with the digital signature in the case of doctors who have their signature validated through this mechanism”, They indicated from CEPROFAR and added: “Electronic prescriptions validated through computer systems such as those developed by PAMI will also be allowed and will continue in force, as expressly stated by the health authority.” While warning: “From the Center for Pharmaceutical Professionals we will be monitoring the situation, in order to avoid interrupting the treatments”.

Previous HISTORY – Roberto Clemente, 50 years after his death
Next 3 Ferraris that Zoe Saldana could give her husband