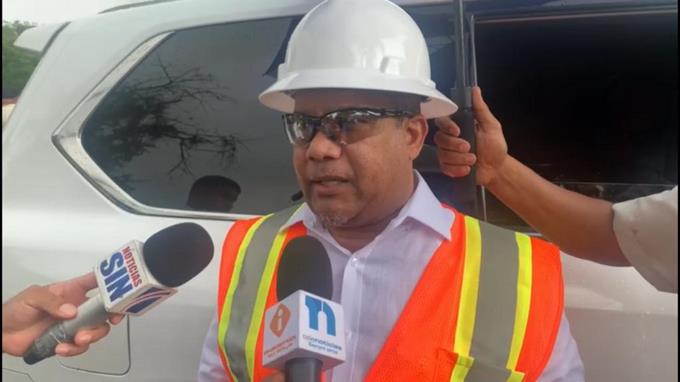 The daughter of Colombian Carlos Yepes told her father that she wanted him to be away this Sunday “to be able to see each other again”, according to Senator Héctor Acosta “El Torito”, who was visiting the mine today.

The artist argued that the miners trapped in Maimón, and people at the rescue control center had a sad moment when the daughter of one of the trapped men told her father about activities they wanted to do together.

“The wife of the Colombian boy who is trapped there came up with the idea of ​​putting a voice message from their girl and what that girl said broke the soul of all of us who were there,” said El Torito.

Acosta stated that these statements “they hit him hard” due to the complexity of the situation in which the miners find themselves.

After the call from the Yepes family, the artist performed the melody “Peace in the storm” for those present, with the aim of calming down the spirits in the mine territories.

Yepes’ family lives in Colombia, with whom he remains in communication, but his wife traveled to Dominican soil and is in the vicinity of the mine.

Carlos Yepes and Gregory Alexander Pérez are the two miners who are trapped at a depth of 31 meters underground since the early hours of last Sunday.

More than 70 people are working to achieve the rescue of the two men who, according to the Director of Mining, Rolando Muñoz, it could take days.