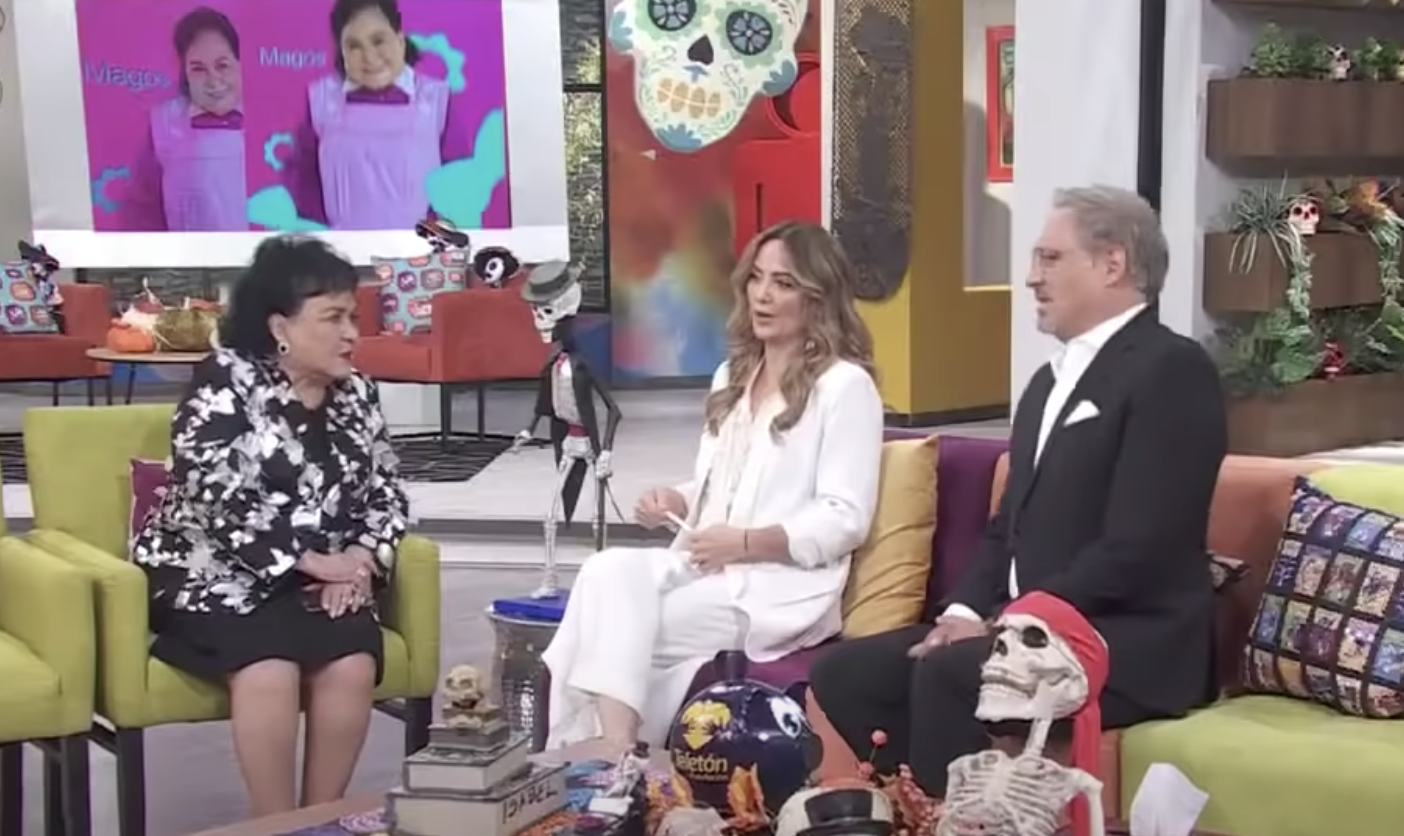 Arath de la Torre, a Mexican actor and host, is involved in a great controversy after viewers of the morning show “Hoy” criticized him for treating Carmelita Salinas in a disrespectful way a couple of weeks ago.

The Mexican actress attended the morning show to promote her latest project: the telenovela “My fortune is loving you.”

According to the recordings of the morning show on YouTube, viewers expressed their dissatisfaction with the attitude of Arath de la Torre against the 82-year-old actress, who is currently hospitalized and in a coma due to a stroke.

In the interview, Arath asks Carmen Salinas to “show him her memes”, after the Mexican actress had to use her cell phone to read all the names of the participants in the new telenovela where she appears.

At that moment, Arath made mocking gestures towards the camera, laughing at the fact that Carmen Salinas took the time to read all the cast names from her phone.

Also read: Carmen Salinas: the confusion that led her to have lunch with one of the most wanted drug traffickers by the DEA and the FBI

Similarly, the presenter added: “Look, you did your homework,” and interrupted the actress while she continued to read the names of the actors from her mobile phone.

“Well, but now tell us a little about ‘Doña Magos’ (the character that the Mexican actress plays in this new production),” de la Torre interrupts Carmen Salinas again.

After these interruptions, the 82-year-old actress lived an emotional moment when she was invited to put a photograph of her son, Pedro Plascencia, who died in 1994 at the age of 37, in the offering that adorned the forum of the morning show.

At that moment, de la Torre was silent. However, after the emotional moment ended, the actress gave him a look towards the end of the video, although the reason for this action is not clear.

In addition: Carmen Salinas’s godson announces that the actress will no longer wake up and relatives expect a miracle

Finally, Carmen Salinas invited all viewers to tune in to the premiere of the telenovela “My fortune is loving you”, where she will play “Doña Magos”, a grandmother with cancer who struggles to keep her diagnosis and health status secret. before all his family.

Viewers and internet users did not wait to express their dissatisfaction and anger at the disrespect shown by Arath de la Torre towards Carmen Salinas.

Read more: Family reveals how they found Carmen Salinas passed out in the bathroom of their house

“It seemed to me that Arath had no patience for him, you don’t do that, older adults must always be respected ”,“ I find it disrespectful and vulgar. Get him out “,” Does anyone else still think that Artah de la Torre doesn’t fit into the ‘Today’ program? It comes out with each simplada out of tune ″, were some of the most relevant comments from viewers in the comments of the video.

The interview took place just a couple of days before the iconic Mexican actress suffered a stroke, a situation that keeps her admitted to the Star Medica hospital in the Roma neighborhood of Mexico City.

The latest medical report from Carmen Salinas reported that the actress’s health continues to be delicate, although she is currently with mild brain activity.

Previous How is the UEFA Repechage played?
Next Price of the dollar today, November 15, this is how the peso is quoted