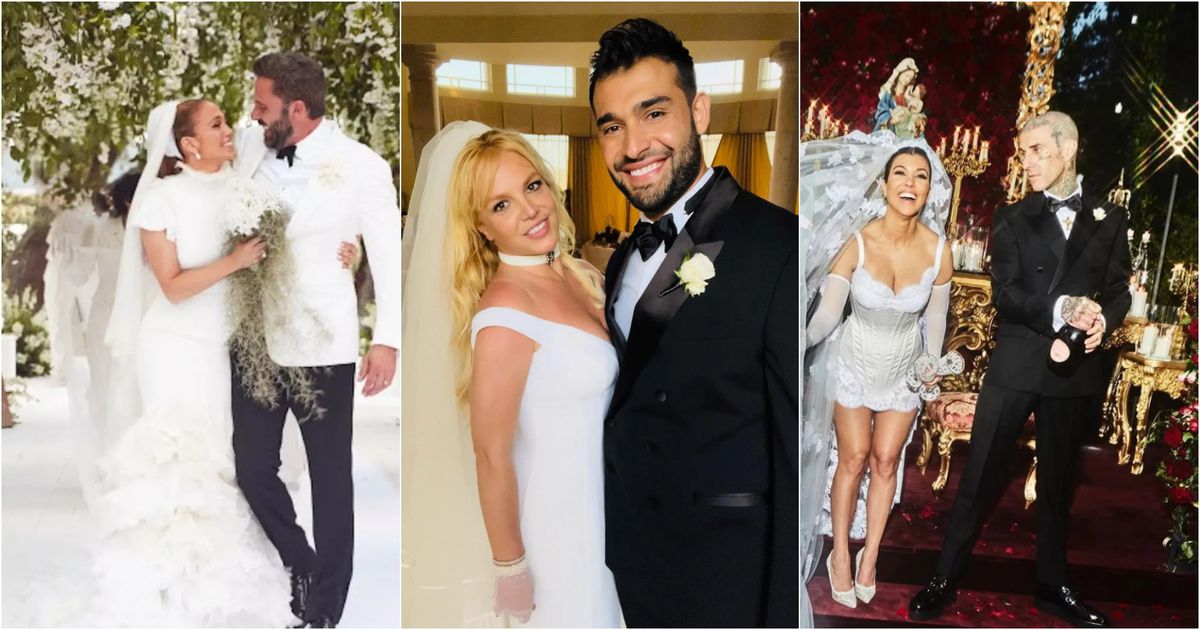 The Hollywood stars who stepped on the stick this 2022

2022 was a year of contrasts, while many couples from the national and international show broke up, others decided to formalize.

And if Shakira and Piqué never made it to the altar, some celebrities did manage to step on the stick. These are some of the Hollywood celebrities who gave the yes in a bombastic way.

The Beckhams’ eldest son got married in a very elegant wedding on April 9. A marriage that to this day generates controversy because Nicola supposedly gets along badly with Victoria, the mother-in-law.

The eldest of the Kardashian sisters married her best friend on May 15, in a chapel in the city of Las Vegas. And then, on the 22nd of the same month, they had a big wedding in Portofino.

After the Princess of Pop freed herself from her father’s guardianship, she managed to say ‘I do’ to her boyfriend Sam Asghari, with whom she had been in a relationship for more than 6 years, on June 9. Among the wedding guests were Selena Gomez, Drew Barrymore, Paris Hilton and Madonna.

The actress of mean girls She found love in a banker named Bader S Shammas, with whom she had a very secret relationship and they married in an intimate wedding on July 2, of which they did not publish photos.

One of the most anticipated marriages of the show had two weddings, the first in Las Vegas in July, and the second that had a party that lasted three days, was in August. The iconic couple of the 2000s met again after 20 years to finally get married.

It was not the first time that the Twilight actor had a relationship with a woman named the same as him, it should be remembered that he also flirted with Taylor Swift several years ago. However, he found love with the nurse and ‘influencer’, Taylor Dome, whom he married last November.