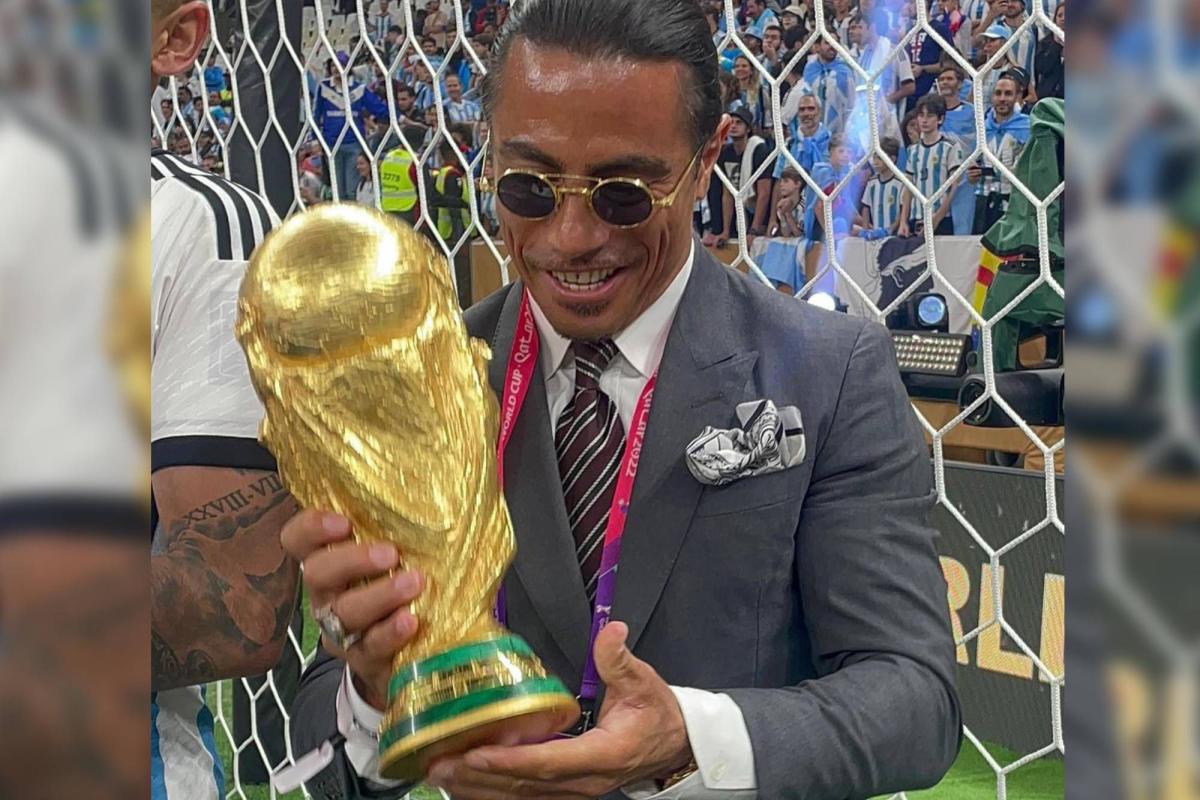 Almost two weeks after the consecration Argentina as world champion, the celebrations continue around the selected players. But the controversies also continue after the Turkish chef Nusret Gokce, popularly known as Salt Bae, was left in the eye of the storm after sneaking into the celebration at the Lusail Iconic Stadium at the end of the World Cup final in Qatar. The International Federation of Association Football (FIFA) focused its attention on the man’s attitudes, which made the winners uncomfortable. before that, evaluates a strong sanction.

December 18 became a holiday for Argentina , who obtained the highly prized World Cup in his hands after the victory against France, in the World Cup final. Transmissions from the Lusail Iconic Stadium showed the great happiness on the pitchwhere the Argentine players celebrated with their family and friends.

The World Cup passed from hand to hand among the protagonists of the great sporting event, and also among their families. At that moment, the chef Salt Bae looked for Lionel Messi to take a photo and, immediately afterwards, according to the videos released, he chased the players who were lifting the prize.

The images of the chef – who managed to photograph himself with the World Cup – alerted the FIFA authorities, who would be analyzing a sanction for the man, who was invited to the final by the sports institution. Despite having a VIP entrance, did not have authorization to be on the field of playlet alone take the trophy, whose access is for a limited group of people, including the winning team.

Now, the Brazilian media Throw! reported that from FIFA they plan Ban him from entering all the stadiums of the next World Cup in 2026 in the United States, Mexico and Canada. The determination has not yet been communicated by the entity.

Meanwhile, the chef boasted on his Instagram account the moment of the celebration he was part of. There he himself shared videos in which the players can be seen somewhat uncomfortable at the moment he wanted to take the Cup. Although he is a very popular figure, rising to fame for the preparation of exquisite dishes and the particular way of salting cuts of meatthis same exposure is the one that led him to be the focus of attention of the FIFA authorities, since he did not go unnoticed for his attitudes.

For his part, the chef called for silence regarding the controversy that has him as the protagonist and maintains in their social networks all the images of the celebrationthe same ones that could be worth the strong sanction that the largest football entity would analyze.

Messi on the skin: madness in Argentina for a tattoo of its captain

Previous Watch out for them! The 7 deadliest and most evil robots in the cinema arrive
Next OPE of medical inspectors: vacancies and date