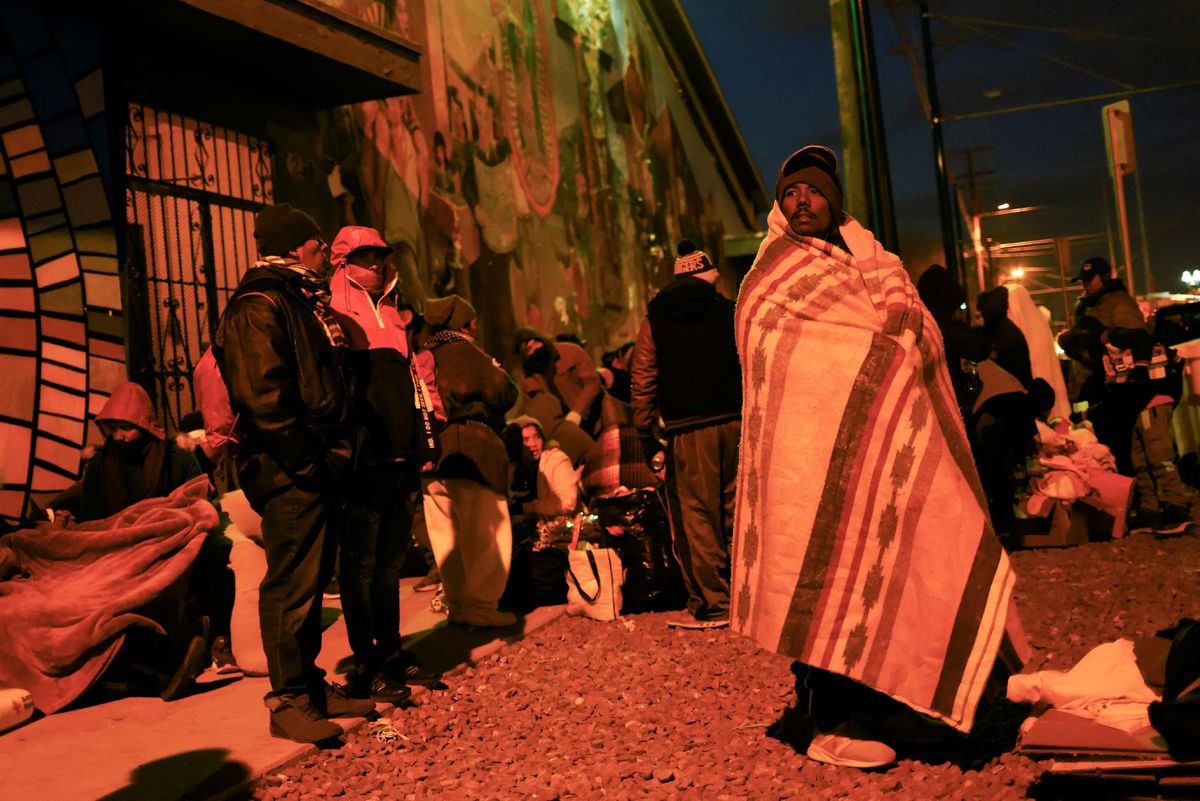 More than a hundred migrants from Texas have arrived in Washington this weekend, to the very door of the official residence of Vice President Kamala Harris. Aboard buses chartered by the governor of Texas, Republican Greg Abbott, the displaced, between 110 and 130 and mostly families with children, join the thousands who have arrived since spring in cities like Washington and New York, also sent by Abbott, to denounce the immigration policy of the Joe Biden Administration. It is not the first time that the residence of Harris has become the final destination of the involuntary journey of migrants, already in early October Abbott transferred a similar number of foreigners, mostly Venezuelans, to the doors of the residence.

This time the circumstances have changed. Added to the polar cold front that has wreaked havoc in more than half the country is the postponement by the Supreme Court of the lifting of Title 42, a rule applied by the Donald Trump Administration in the pandemic to deport urgently and without the possibility of requesting asylum for those who cross the border, and which will probably be put to an end by the High Court, with a conservative majority, due to pressure from the States governed by the Republicans, despite a court order to the contrary. The temperatures close to 10 degrees below zero in El Paso (Texas) have turned these nights into an open-air refrigerator for asylum seekers, who were informed by the volunteers of the travel plan to the federal capital, despite the opening makeshift shelters in the town. The NGOs that provide assistance at the border coordinated with Washington collaborators the reception of the displaced, some of them only in T-shirts, who were later transferred to a church in the Capitol neighborhood, according to sources from the NGO SAMU First Response quoted by the Reuters agency.

Abbott, a fierce critic of the Biden Administration, has used this political weapon, or fait accompli, along with other Republican governors, sending thousands of people to Democratic-run cities such as Washington, New York and Chicago, theorists shelters for immigrants, as their authorities usually define them. Through this charter system, the Republicans also intend to spur the national debate on the arrival of immigrants to the US. Last week another nine buses arrived from the border to Washington, many of them Ecuadorian and Colombian, according to the aforementioned NGO.

But Democratic cities, as much as they define themselves as safe havens for foreigners, must simultaneously grapple with another growing problem, brought to light by the bitter cold: how to help the thousands of homeless people, many of them with mental problems, who live on its streets. The lack of places in shelters has been highlighted in New York precisely by the arrival of more than 21,000 migrants since April and the mayor, the Democrat Eric Adams, has requested material help from the federal government to respond to the emergency, which may overflow if the Supreme Court definitively ends Title 42, the key to an almost automatic deportation.

At the beginning of October Adams declared a state of emergency due to the massive influx of foreigners. In November, it expanded the network of resources for new arrivals, with the creation of eight information centers so that asylum seekers could process their applications -the system is saturated- or obtain the first safe-conduct to move around the city (the New York City, for example, or transit cards). In a move described as erratic by his critics, the mayor opened and closed within a few weeks a controversial camp on Randalls Island, north of Manhattan, with a capacity of 1,000 and was supposed to house men traveling alone. The few tenants at Randalls were relocated to a former hotel converted into hostels in midtown Manhattan. The same system used during the pandemic to shelter the homeless, and which was revealed to be insufficient and dysfunctional according to human rights NGOs.

Faced with the double housing crisis, due to the need to care for the homeless and migrants at the same time, the City Council has asked churches, temples and synagogues for help to house asylum seekers. A mayor’s commissioner surveyed the city’s places of worship ten days ago to “guarantee a space with a bathroom and kitchen where a family or single individuals can sleep at night or live temporarily.”

The hot cloths with which New York is responding to the massive arrival of migrants do not prevent daily dramas such as the suicides of two asylum seekers. Ten days ago, a 26-year-old Venezuelan took his own life in a shelter in Queens. In September, a young mother of two small children surrendered at the shelter where she lived, in the same New York district.

Previous The 10 best Jeremy Renner movies ordered from worst to best according to IMDb and where to watch them online
Next Andrés Balanta: message from his girlfriend with the plans they had for Christmas – International Football – Sports