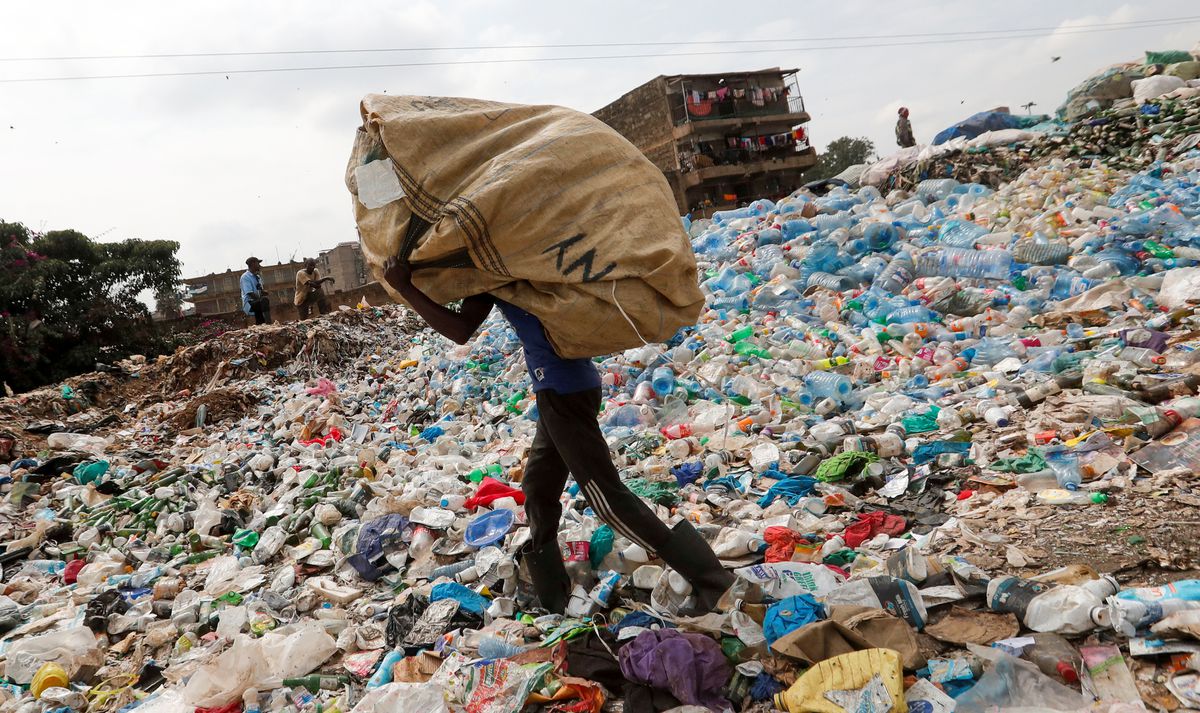 350 transatlantic ships full of old televisions, computers, cell phones and microwaves. That’s what the world is estimated to have generated in electronic waste in 2019. Most of these devices ended their useful life in rich countries, and then many of those remains crossed seas aboard ships bound for developing countries with regulations. more lax when it comes to this type of rubbish. There, in huge landfills, this waste affects the health of people, many of them children, who work and live nearby. This trend of exporting computer waste – very difficult to quantify due to the informal nature of the practice – is a pertinent example of how the most developed nations externalize the negative consequences of their own consumption patterns.

This is one of the main conclusions of the most recent study published by Unicef, the Innocent Report Card 17 – Places and Spaces: Environments and children’s well-being. Published this Tuesday, the document investigates the well-being of children and the environment that they inhabit in 39 countries of the OECD and the EU. A priori, it was focused on comparing the quality of life of minors in these countries and generating an international ranking, but the most striking thing that has been found is that, while some of the richest nations in the world offer very good living conditions for their younger citizens, this also means that they generate an extremely negative environmental impact outside their borders; which may end up harming the health and future of millions of children in the global South.

This reality has become evident thanks to the conceptualization that was used in the study. The performance of each country in terms of the well-being offered to its children was computed from an aggregate of three areas composed of various variables each. On the one hand, the world of the child, which focuses on their consumption of air, water and food, as well as their exposure to noise, cold, heat or harmful substances. Second, the world around the child, which looks at the physical aspects of the environment in which they live, from housing to environmental risks to which they are exposed. Finally, the whole world, which refers to the broader context within which the above are maintained; thus, the impact of conditions in a country can also be included externally.

Since people have been talking about the unequal impact on the environment between countries for years, the conclusion is not exactly a surprise. What it does is unequivocally crystallize a relationship between well-being, consumption and the environmental effect that occurs under the current functioning of the world, details Anna Gromada, one of the Unicef ​​researchers who has led the study. “Everything that produces well-being supposes some type of consumption. Building a house that has good lighting, clean walls, heating and privacy implies consumption; and all this contributes to well-being. However, these kinds of conditions tend to exist in rich countries, and it means that they are consuming at levels that are unsustainable in the long term.”

To give a concrete example: while Finland, Iceland and Norway offer the best living conditions for their children, with very good housing, safe access to basic services and excellent water and air quality, they are among the countries that have the most goods and energy consume, the more carbon they emit – when computed from their consumption – and the ones that generate more electronic waste per capita. On the other hand, Colombia or Mexico have the worst performances in terms of air quality, despite being the least polluting in relation to the consumption of their own population.

This difference is seen even more clearly if one looks only at the case of electronic waste, which is why Gromada decided to focus especially on this phenomenon. “On the one hand, it is the type of garbage that is growing the fastest, but it is not like any other type of waste, it is toxic waste with dangerous substances such as mercury or lead. But we are also dealing with it in a particularly problematic way, because according to the available data, a large part is being taken to the global South”, says the researcher.

The generation of this type of garbage has increased 20% in the last five years and is expected to double in the next 16, according to data from The Global E-waste Monitor 2020. Although the management of this waste should be carried out following very detailed control systems and there are several international agreements that prohibit its unregulated export, more than 82% of the waste caused in 2019 had an uncertain destination. Many of them probably ended up in illegal landfills in developing countries, where millions of people make a living by handcrafting the materials that have any value inside the carcasses of electronic devices.

Of those informal workers searching through garbage for an electronic component made of a precious metal – normally reached by melting the plastic casing, releasing toxic smoke – 18 million are children, according to a groundbreaking report by the World Health Organization. (WHO). Under these conditions, they are the most affected by these practices, since their organs and immune system have not fully developed. But electronic pollution also reaches the land, water and air in surrounding areas, so the number of people who can be affected by it is even higher.

Meanwhile, in developed countries, people change their mobile every two years on average. “It is particularly perverse that this situation is caused by planned obsolescence. There is no scientific reason for this, it is designed to be so. From the production that makes a mobile start to go slow after two years and from the marketing that makes us always want new things. This is an interest that will clearly be attacked if we lower our consumption, which I think is the best strategy,” adds Gromada.

If the focus is transferred to emissions, the same tendency to outsource is seen. In this case, the measure to evidence it is the carbon footprint – which includes emissions from internal consumption, those caused by public and private investments, as well as those embedded in goods and services – compared to territorial emissions, which only consider the carbon emitted within a country. According to the carbon emissions chapter of the World Inequality Report 2022, Europe has a carbon footprint 22% greater than its territorial emissions, while that of sub-Saharan Africa is 23% less than the amount of carbon it emits directly in its territory. .

In Mexico, every thousand minors lose an average of 3.7 years of healthy life due to pollution

In the lives of people, and of children more specifically, this means that those who live in developing countries are generally more affected by polluted air despite contributing, in terms of consumption, much less to it. In Mexico, every thousand children lose an average of 3.7 years of healthy life due to pollution. By contrast, in Finland, barely 0.2 years are lost per thousand children, despite the fact that if everyone consumed at their own rate, almost four planets would be needed.

In the end, this entire report is one more piece of evidence that supports an already well-known thesis. Its function is to serve to convince governments, companies and individuals to change their behavior patterns. Something Gromada has been watching, and most hopeful for in the global South, is measures like raising standards in gasoline production in certain African countries on their own initiative. “That things are as they are is not inevitable, it is a matter of priorities and political will. But advances in life do not just happen, you have to fight for them”, comments the author of the report, encouraging developing countries to demand that the costs of consumption patterns be distributed proportionally.