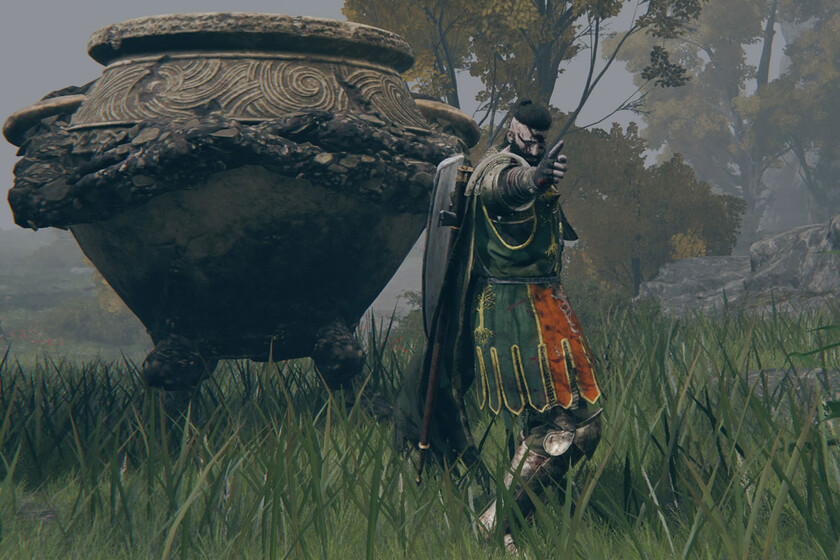 The Elden Ring Community Is Crazy And I Love It: Memes, Crazy Stuff, And More

The Elden Ring community (and the rest of SoulsBorne) is crazy… and I love that. It has bad strongholds, like all communities, but in general it is incredibly dedicated when it comes to sharing content: lore, advice, help… and crazy things that would brighten the darkest day.

Christmas parties are for laughing and sharing, and precisely those without my goals with this publication: have a good time and laugh in front of the screen. Also, Elden Ring is the GOTY of 2022. It deserves such a post.

I’ve spent days scrolling through Twitter, TikTok, Instagram, and Reddit looking for crazy videos and memes about the Elden Ring. I had a great time and I laughed a lot. Now it’s your turn!

The wonderful community of Elden Ring

If there is a clip that defines the madness that the Elden Ring community drives, it is undoubtedly this one from the user @Noru0217 On twitter. You put the chorus of the theme in the background Silhouette (Kanna-Boon) and you can’t beat it. Who said that music does not unite people?

ainrun He is an icon in the SoulsBorne No-Hit world, participates in the 0-Hit League competition and is famous for carrying out crazy challenges… but very crazy, crazy. Ainrun’s latest extravaganza is beat kicks to one of the bosses with the most life in the Elden Ring. IT TOOK 3 HOURS LIVE!

The player bekimachine It represents many people who have small hearts and who are very easily frightened. Elden Ring has no mercy on those types of people (including myself) and does not mince words when it comes to reminding you that relaxing is a very bad idea. Cheer up, Bekiemachine, I went there too!

Join me in this beautiful story of mimicry, friendship and madness. @choro0089 she disguises herself using the costume of Hyetta, an Elden Ring NPC, to evade her invader. And its invader is not that it is a very normal user either.

Malenia, Espada de Miquella, has gone from being one of the most feared and complicated bosses to a blind girl who is teased however they want. They bully her and massacre her in a thousand different ways. The Japanese proverb is true: the nail that sticks out the most receives the most hammer blows. Very cruel about the chair, BrownVented…

Mom: don’t make fun of your blind sister. I:

What happens when you can’t even trust the stage? Reddit User Mothking Causes Lifetime Trauma To Two Players: Plant One”Grace Mimic” (a trick of a lie) and takes advantage of the fact that both players stop to slaughter them with his attack.

I dare say that there are several psychopaths in the Elden Ring community and that there is at least one in the following video (Londoner421). Two players decide to perform an old SoulsBorne ritual: stripping off their clothes and weapons to beat each other to death. Where is grace? Who leave the whole stage full of blood… but at excessive levels. As said: dementia and madness. And they are not the only ones.

There are Elden Ring memes to kicks. The ones you want. There is to kill you with laughter about 80 times. One of the most recurring are times and rhythms of the bosses when hitting. Some have a certain delay and others even cancel animations. It’s not fucking funny, but memes are…

A meme I found for all you #ELDEN_RING players pic.twitter.com/N30OCYRRuJ

Gala of the The Game Awards. Elden Ring wins the Best Game of the Year award. Hidetaka Miyazaki and company go on stage to collect the award… but they go up with too much company. Some random guy says I don’t know what about Bill Clinton. Not even 24 HOURS go by and this appears:

We’re proud to announce the collaboration between #ELDENRING X #BillClinton that was announced in #TheGameAwards ! pic.twitter.com/QTpR0UHYHe

One of the Elden Ring trailers showed a big dragon throwing lightning. That can be confusing for fans of Dark Souls 1 because Gwyn defeated the dragons with lightning… so the reaction of many was like this.

It has happened to you too. Don’t try to deny it because you don’t fool me. You start playing Elden Ring and the Necrolimbo It’s not that bad either… until you travel a little east and come across Caelid, hell turned into a video game zone. “Caelid is not that bad“, Lie and you know it! We have all had nightmares with Caelid.

Me in Necrolimbo: is this all Miyazaki? Is this all you can conjure up?

Enter in the Raya Lucaria Academy It is a theme…. a theme made of pure evil. Elden Ring reminds you again how much your comfort zone and your happiness sweat. At the entrance of the academy you meet two wizards who pepper you with magic on a straight staircase. Enjoy if you have armor!

One more time, ymfah makes an appearance with one of his many crazy things: finish Elden Ring at level 1. And the most incredible thing is that he kills the final bosses in a matter of seconds. The funny thing about it is not so much the challenge, but how he edits his videos. He’s going insane, 99 lucidity.

the community of Elden Ring he’s crazy… but he’s also amazing. These are a few of the many memes and crazy things on the internet. I hope you had a good time!

Previous Paramount Network presents a new year full of news
Next What awaits the Bitcoin, Ethereum and other cryptocurrency markets in 2023?