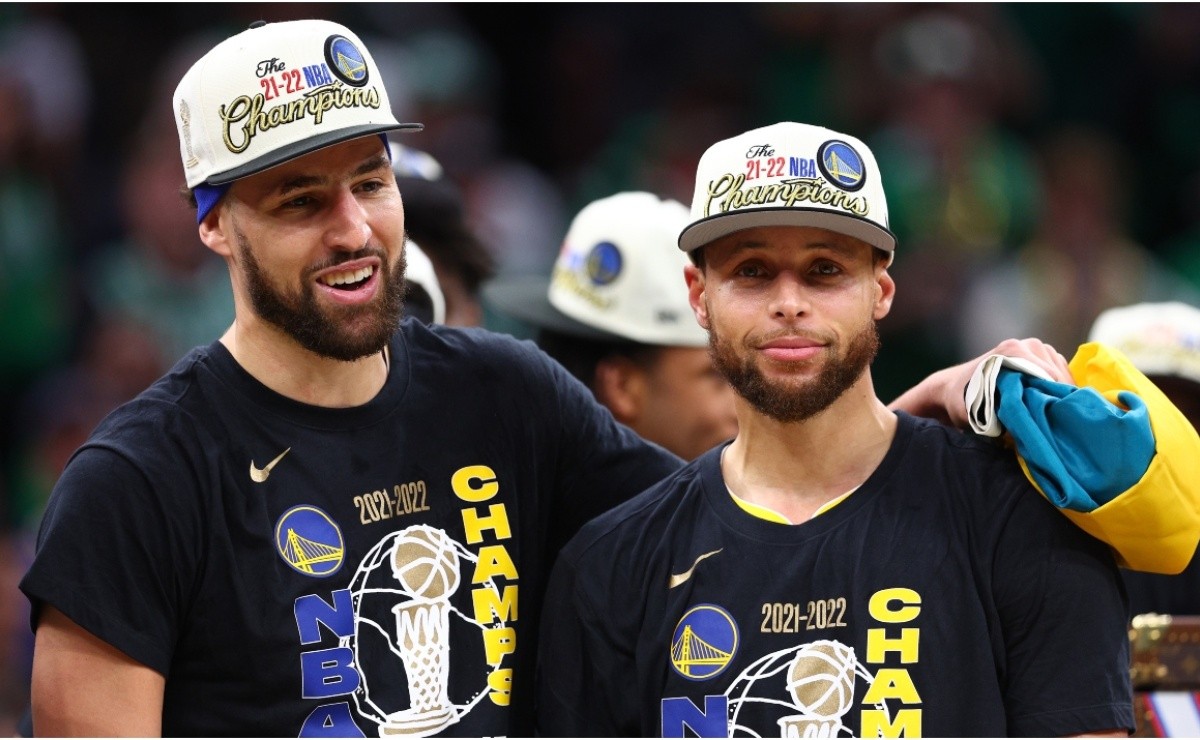 Golden State Warriors achieved absolute glory in the 2021-2022 NBA, with a duo that stood out with a record, which curiously is not about Stephen Curry and Klay Thompson.

A couple of difficult years for Golden State Warriors they were reversed with absolute gratification. be champions of the National Basketball Association (NBA) with one of the most popular duos in the league: Stephen Curry and Klay Thompson.

The injury of ‘Killa Klay’ he tensed more than one, and in fact, some came to think that the career of this talented player had come to an end. However, he worked hard to return to the courts of the best basketball in the world.

Thompson said goodbye momentarily in The 2019 Finals and returned to conquer The 2022 Finals. “An eye for an eye” some say. The truth of the matter is that the NBA recovered one of the most interesting duos in the league.

Not Curry, not Thompson

Despite being a great duo, Another Golden State Warriors revelation couple made history after winning the NBA Finals in six games against the Boston Celtics, “stealing” the limelight from “El Chef” and “Killa Klay.”

Is about Jonathan Kuminga (19) and Moses Moody (20)who became the Youngest pair of teammates in NBA history to win a championshipaccording to the statistical portal Statmuse on its Twitter account.