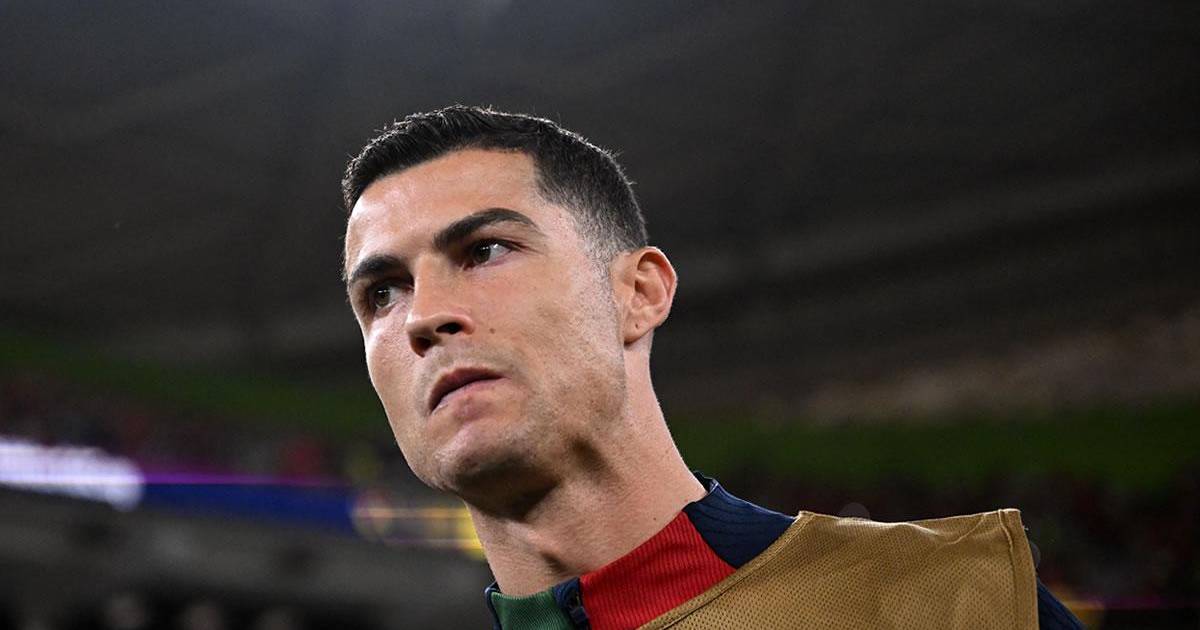 The day Cristiano said he would not play in Saudi Arabia

Once it’s made official the signing of Cristiano Ronaldo by Al Nassr FC of Saudi Arabiamany Internet users have recalled some statements by the Portuguese star in which he assured that he would end his career “with dignity” in a top club.

It was in 2015 when CR7 spoke in an interview for English television about the possibility of retiring. “I still have six or seven years left and I want to finish my career at the top, with dignity, at a great club,” he confessed when he was a Real Madrid player.

Cristiano Ronaldo stated that he did not see himself playing in Arab soccer leagues or in the United States MLS: “This does not mean that I think that going to the United States, Qatar or Dubai is not right, but I do not see myself there.”

Cristiano Ronaldo, who was left without a club since last November after parting ways with Manchester United, signed a millionaire contract with Al Nassr until 2025 to become the highest paid soccer player in the world.

Just recently, when he was still a United footballer, the Portuguese confessed in his exclusive interview with Piers Morgan in mid-November that he had turned down big money offers from Saudi Arabia.

He said it was not money that motivated him the most when the reporter asked how easy or difficult it had been to give up £350m for two years in Saudi football.

“It is difficult, it is difficult. But at the same time, I thought that I am happy here. I think I can continue scoring many goals and helping the team. I still think that I am good and capable of helping Portugal and even Manchester United ”, assured CR7, agreeing with the interviewer when he analyzed his situation and thought that if it were a matter of money, he would have already gone to the Arab country.

“It’s also because you want to continue playing at the highest level, right? You want to play championship football, you want to keep breaking records… and again I have the feeling that if it was just a matter of money you would already be in Saudi Arabia earning that huge amount. But that’s not what motivates you. You want to continue at the top…”, Morgan commented in a personal dissertation that the Portuguese confirmed with a resounding “exact”.

Finally, Cristiano Ronaldo was seduced by petrodollars and will earn 200 million euros per season at Al Nassr FC, becoming the highest paid footballer in the world.

Media in Spain have also recalled some statements by Cristiano Ronaldo in 2016 attacking Xavi Hernández, who at the time was playing for Al Saad in Qatar after leaving FC Barcelona.

Xavi started the controversy by praising Lionel Messi and ensuring that he was the best player in the world above Cristiano Ronaldo. “Messi’s mental and physical speed is unbeatable. A fool can’t play football, let alone Cristiano Ronaldo. An elite footballer and at the level that Cristiano has done he has to be smart, but he has had the bad luck of coinciding with Messi. There is no point of comparison and everyone sees it, unless you are from Real Madrid”, the now Barcelona coach said at the time.

Xavi’s words did not please Cristiano Ronaldo, who responded quickly and faithful to his style. “I am the most searched player on the internet. When Xavi talks about me, he is looking for publicity. He won everything, but no Ballon d’Or. I have three. And he is playing in Qatar. I don’t even know if he keeps playing, ”said the Portuguese.

Now, after not finding a place in a top team in Europe, Cristiano Ronaldo has left the football elite to undertake a new challenge with Al-Nassr of Saudi Arabia.

The Lusitanian is not going through his best sporting moment after leaving the ranks of Manchester United with controversy, in addition to being eliminated along with Portugal in the quarterfinals of the Qatar 2022 World Cup at the hands of Morocco.

Previous Artificial intelligence is the word of the year, for what reason
Next Marvel’s calendar for 2023