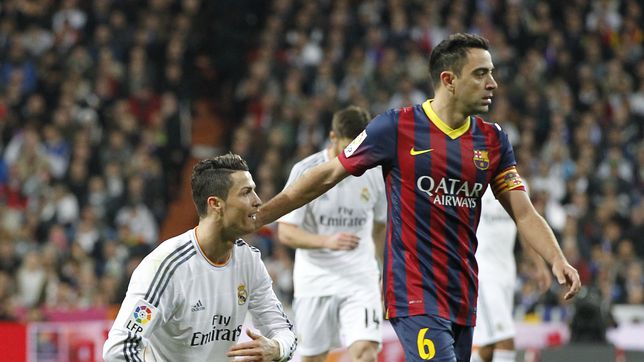 The day Cristiano Ronaldo minimized Xavi for playing in Qatar

The sporting enmity between Barcelona and Real Madrid in the times of Lionel Messi Y Cristiano Ronaldo gave a different touch to the Spanish Classic for many years. In 2016, when Ronaldo was still a member of the Merengue team, he became involved in a series of statements against Xavi, a former Barcelona player who at the time was playing for Al Saad in Qatar.

Xavi started the controversy by praising Lionel Messi and ensuring that he was the best player in the world above Cristiano Ronaldo. “Messi’s mental and physical speed is unbeatable. A fool can’t play football, let alone Cristiano Ronaldo. An elite footballer and at the level that Cristiano has done he has to be smart, but he has had the bad luck of coinciding with Messi. There is no point of comparison and everyone sees it, unless you are from Real Madrid”expressed the midfielder and world champion with Spain.

Xavi’s words did not cause grace in Ronaldo, who responded shortly after faithful to his style. “I am the most searched player on the internet. When Xavi talks about me, he is looking for publicity. He won everything, but no Ballon d’Or. I have three. And he is playing in Qatar. I don’t even know if he’s still playing.”pointed out the Portuguese.

Cristiano and his present in Saudi Arabia

Soccer usually takes many turns. After not finding a place in a top team in Europe, Cristiano Ronaldo will have to leave the football elite to undertake a new challenge with Al-Nassr from Saudi Arabia. The Lusitanian is not going through his best sporting moment after leaving the ranks of Manchester United with controversy, in addition to being eliminated along with Portugal in the quarterfinals of the Qatar 2022 World Cup at the hands of Morocco.