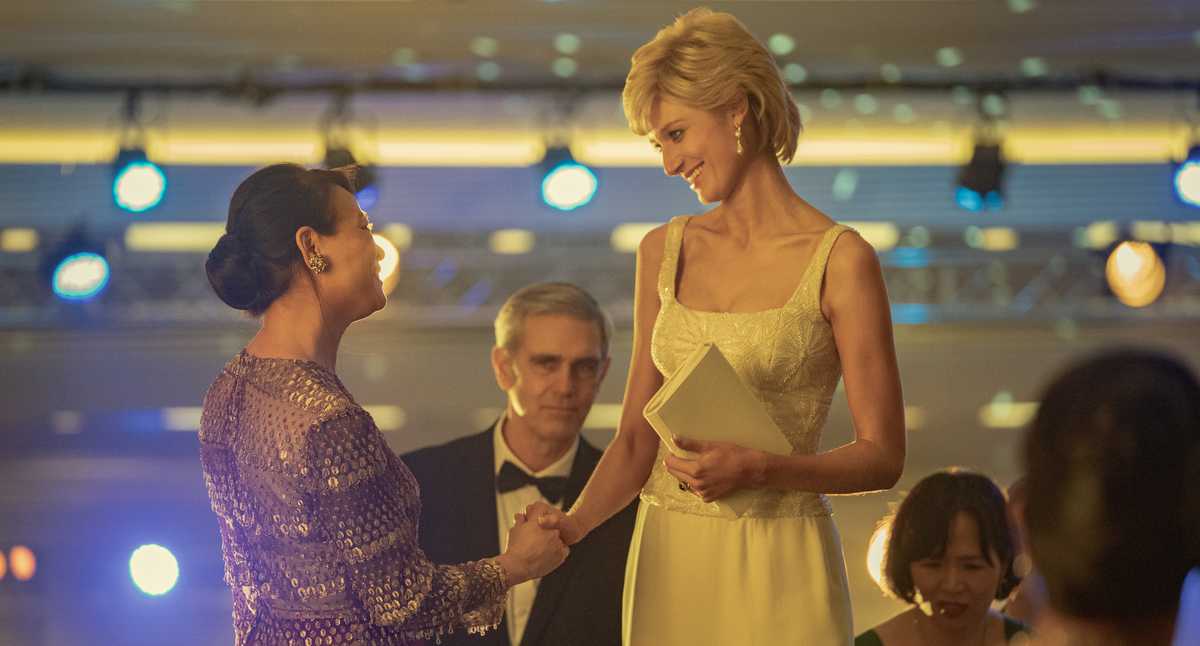 British actor Stephen Greif, recognized for his role in the series ‘The Crown’ and other audiovisual productions as well as in theater, passed away this Monday, December 26 at the age of 78.

The news was shared by her representative agency Michelle Braidman Associates via Twitter on Monday: “It is with great sadness that we announce the passing of our wonderful client Stephen Greif. Her extensive career included numerous roles on screen and stage, including at the National Theatre, RSC and in the West End”.

“He will be greatly missed and our thoughts are with his family and friends.” added the representative’s agency in the message accompanying the announcement of his death.

Stephen Greif’s works include appearances in series such as ‘Doctors’, ‘Coronation Street’ or ‘The Crown’where he played the Speaker of the British Parliament Sir Bernard Weatherhill in the fourth series in 2020.

Born in Sawbridgeworth, in the county of Hertfordshire, Stephen Greif attended the Royal Academy of Dramatic Art in London and became a member of the National Theater Company at the Old Vic and South Bank.

According to the newspaper ‘The Guardian’, Greif starred in numerous stage productions in the sixties and it will not be until the early seventies when his career goes to the big screen, with the character of space commander Travis in ‘Blake’s 7’, broadcast between 1978 and 1981.

Messages of support came from the world of culture towards his relatives and in tribute to the British actor, such as the director and actor of ‘Doctor Who’ Barnaby Edwards.

“It saddens me so much to know that Stephen Greif has left us. A rock-solid performer, with a voice as liquid and deadly as molten lava. When it came to playing villains, he was second to none. His sharp wit and obvious intelligence made him a joy to direct. Thanks for the fun Stephen,” Edwards shared via Twitter.

Curiosities about ‘The Crown’, the Netflix series

1. A palace that doesn’t exist?

The Buckingham Palace that appears in the series, the official residence of the British monarch in London, is not the original. It is actually an almost exact replica that the production company managed to build just 20 minutes from the English capital, in the Elstree Films studios, considered one of the most modern in Europe. Famous films such as The Danish Girl and several seasons of The Voice UK were also filmed on this stage. In this study, a balcony was also built, just like the one used by the royal family to greet their subjects.

2. The most expensive series

The Crown is one of Netflix’s highest budget series and one of the most expensive in history. It is estimated that each chapter costs about 6.5 million. But the investment has paid off. Despite the fact that it was only intended for two seasons initially, The Crown has accumulated successes chapter after chapter, and has had a good number of awards since its premiere in 2016, especially thanks to its fourth season.

Among some of his awards, there are 21 recognitions at the Emmy Awards, 7 at the Golden Globes, 4 at the Film Critics Awards, 5 by the Screen Actors Guild and 2 at the BAFTA Awards.

Claire Foy, who played the queen as a young woman, was pregnant when filming began. During the first season she was forced to wear a corset to hide her pregnancy. For her part, Vanessa Kirby, the actress who gave life to the young princess Margarita in the first and second seasons, she was a non-smoker. For this reason, the cigarettes that she used in the recordings were made from herbs.

In any case, from the beginning it was thought that the cast would be composed exclusively of actors and actresses of English origin. The few exceptions have been the American John Lithgow, who played Winston Churchill; and now Elizabeth Debicki, Princess Diana from season five, who is Australian.

4. Did Princess Margaret speak from ‘the afterlife’?

Helena Bonham Carter, who plays Princess Margaret in her adult life, recounted that the real Princess had a brief courtship with Mark Bonham Carter, an uncle of his. And, before accepting the role of her, she ‘contacted’ the princess through a medium and she gave her some advice on interpreting her. Supposedly, she also told him that she was very happy that she was the one to take on that role.

5. The challenge of interpreting Lady Di

Staging the most important details of Diana of Wales’s life was carefully thought out. For example, the wedding dress we saw in the series is an exact replica of the one Diana wore, since the production team got the patterns for the original dress.

Emma Corrin, who gives life to Princess Diana in her youth, said that the biggest challenge was illustrating Lady Di’s bulimia problems. In the case of actress Elizabeth Debicki, who plays Diana when she was Carlos’s wife, she had the difficulty of being much taller than the real Lady Di, who measured 1.78, while Debicki measures 1.90.

*With information from Europa Press.

Previous You will be surprised with the radical physical change of Viola Davis
Next While Messi and Dibu humiliated Mexico, the Argentine coach who would reach the Tri