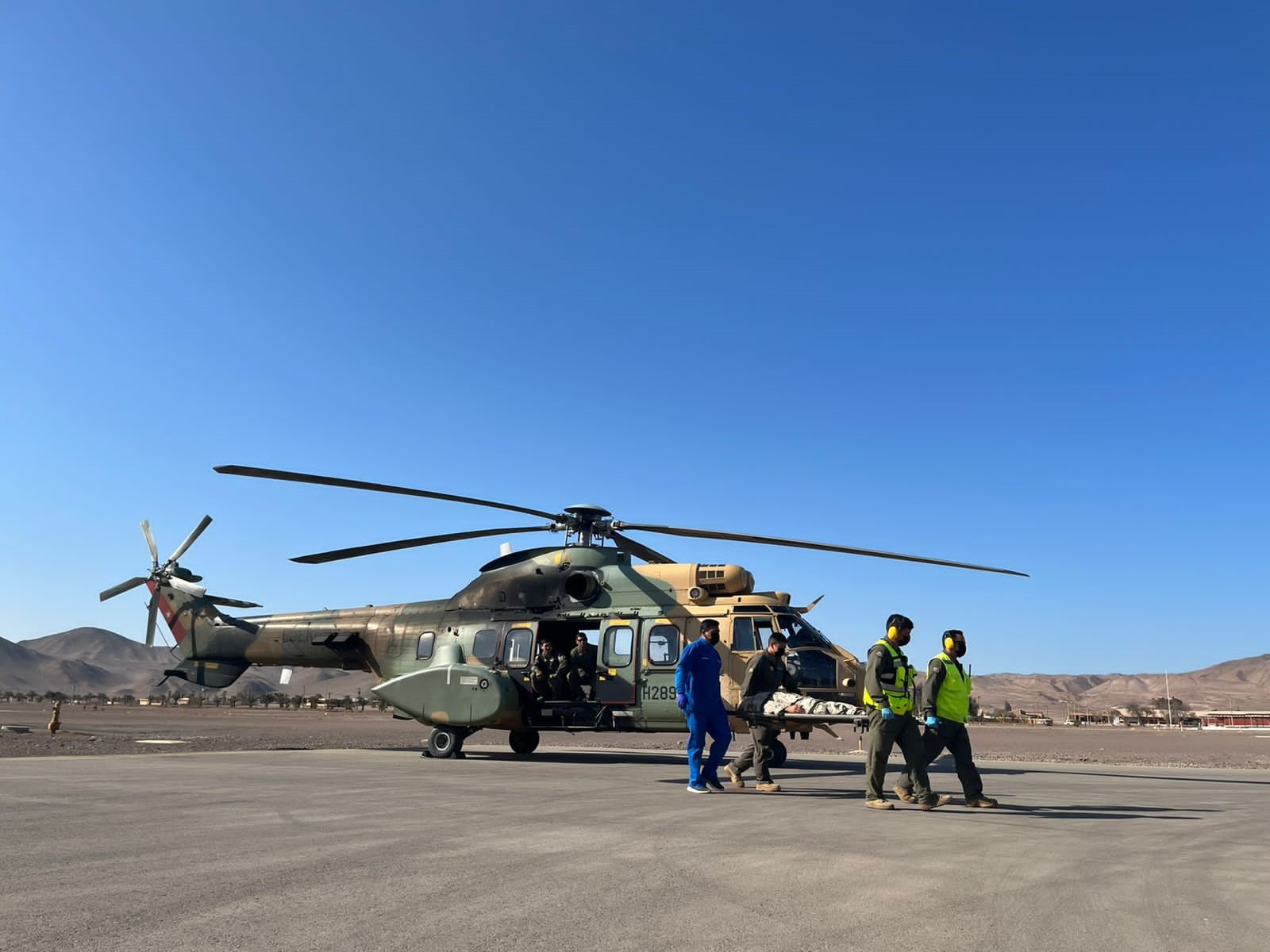 The Chilean Army Aviation Brigade (Bave) carried out in the Region of Arica and Parinacota the tactical training exercise Chusca 2022 to maintain the level of operability of the crews that operate in medical rescue cases.

Transfer of the patient in the Cessna Citation C-680 Sovereign plane from Bave. Photo: Chilean Army

The activity, developed in the context of the Technical Specialization Periodcontemplated an emergency aeromedical evacuation, in which the extraction of a wounded person was simulated from Lake Chungará to the aerodrome The vulture of Arica, the patient being subsequently transferred to the city of Rancagua in the Region of Libertador Bernardo O’Higgins.

An assault helicopter participated in the aeromedical evacuation. Airbus AS532AL Cougar and a plane cessna Citation C-680 Sovereign of the Bave. This last aircraft is configured to fulfill the tasks of monitoring and stabilizing the wounded.

The aeromedical evacuation exercise was developed in an extreme geographical environment. Lake Chugará is located over 4,500 meters above sea level in the Parinacota Province and sometimes the winds make air operations difficult.

The wounded man from the simulated exercise was transferred to the city of Rancagua. Photo: Chilean Army

The pilot of C-680lieutenant colonel Christian Perez, pointed out that “since we received the mission at 06:20 AM, we began the deployment of human and material resources, to activate the emergency and change the configuration of the aircraft in a minimum of time to be able to be in flight in the Arica city. This maneuver allowed for a timely evacuation of the wounded, minimizing exposure times in critical condition of the patient”.

The experience made it possible to increase the skills of the Bave crew, reducing risks and execution times, thus contributing directly to efforts to save lives with institutional means, from an area of ​​high geographic complexity.