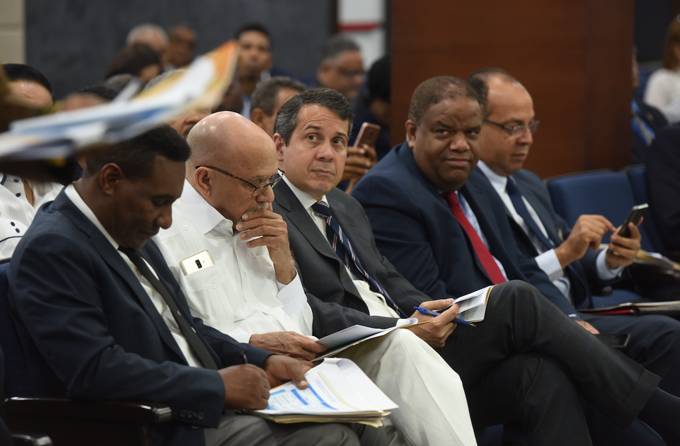 RI remember Juan Esteban Olivero Féliz as delegate of the Social Christian Reformist Party (PRSC) before the JCE, with his image as a tribune capable of lighting a great fire in the plenary with his oratorical skills; and, furthermore, with the sagacity to effectively circumvent, at the stroke of midnight, the physical absence of the candidacy acceptance document signed by Dr. Joaquín Balaguer, and deposit—to get out of the way—all the papers he had in his briefcase by secretariat and at the same time, request an additional term to deposit “other” documents, which allowed him to break the impasse created by the expiration of the registration term.

I also remember her worthy counterpart, Dr. Sofía Leonor Sánchez Baret, delegate to the electoral body for the Dominican Revolutionary Party (PRD). From her one could paraphrase the “Praise of the Strong Woman”, which appears in the book of Proverbs 31-10: “A strong woman, who can find her? She is worth much more than pearls.” She was strong, serene and firm; with a precise and cutting word like a scalpel. She became the combative voice of the electoral demands of the white party.

Of course I remember Reinaldo Pared Pérez, how can I forget him? Reinaldo became a delegate for the Dominican Liberation Party (PLD), on the one hand, with the moral essence of Professor Bosch, and on the other, the legal standard of the impeccable legal practice of Dr. Ramón Tapia Espinal. His legal knowledge was strengthened by the certainty of the practicality of a hermeneutic seasoned with good sense. Her untimely death leaves a void in the Dominican political world.

Article 150 of the Electoral Law no. 15-19, provides that: “Every recognized political party that has declared its intention to attend an election and present candidacies may accredit a delegate, with the corresponding substitute, before each electoral board, for each level of election.”

It corresponds to the delegates of the political parties, among other attributions, (Art. 153 of the Electoral Law) the representation of the parties that have appointed them before the respective electoral organisms. Any communication, request, claim, protest, challenge or appeal may be presented through said delegates.

The political parties have practically the monopoly of the proposal of the candidacies in the different levels to the positions of popular election, which makes them essential for the exercise of the Fundamental Rights to elect and be eligible.

These political rights appear in the United Nations Covenant on Civil and Political Rights (Art. 25), in the American Convention on Human Rights (Art. 23) and, of course, in the Dominican Constitution of 2015 (Art. 22). Without these rights, democracy is a pantomime.

No ballot no elections! The candidate proposal is on the electoral ballot which contains the result of internal party election processes: primaries, conventions, assemblies of leaders, delegates, surveys… Putting together a ballot for the elections is a work that in itself sums up: din , tears, quotas, conveniences, rights, justice and injustices. The cabinetmakers of this feat of brushing and nailing the boards of that structure, which is the list of candidates for an election, are the party delegates.

Olivero Féliz, for the party of the red rooster, was replaced on the board by former Foreign Minister Dr. Víctor Gómez Bergés, a prominent public figure, who in turn had more than enough political talent of a figure already seasoned like the most in politics : diplomat, speaker, writer, he had held the portfolios of Interior and Police, Education and Finance, as well as Ambassador to the Holy See, among many other positions.

I remember Henry Mejía, who would become a regular member of the JCE over the years, swift and effective as a delegate of the PRD, battling with the novelties of the color photographic register, the new identity and electoral card, and the preferential vote, at the time that political organization was chaired by Mr. Hatuey Decamps.

The case of Dr. César Pina Toribio deserves a separate mention: chivalrous, peaceful and strong personality. He had on his lips the determining opinion on the matters in which he intervened. His word was followed, almost with veneration, by his colleagues in the audience. Jurist, university professor, attorney and paradigmatic legal consultant. Respectful, but firm… unshakeable, I would say. A good friend and cordial with his opponents, even if they were not from the PLD.

The figure of Tácito Perdomo, who over the years would become the dean of the political delegates before the JCE, is the result of a long career in electoral affairs, which began in December 1962, replacing Dr. Gómez Bergés in 2006 , when he became a candidate for senator. His mathematical talent, intelligence and firmness have led him to be during all these years a kind of gladiator in the sets and fights of this world. Respected and reformist…sometimes feared. With a generous and truthful heart.

Being prudent and contending is almost like being, at the recommendation of Jesus: “Meek as a dove and cunning with a serpent.” They are asking no one not to take into account that one must: “Give to Caesar what is Caesar’s and to God what is God’s”. Much less forget that politics, like the military, is war… and the apostle Paul reminds us that life is a military.

I met Orlando Jorge Mera as a professor of “Introduction to the Study of Law”, at the Pontificia Universidad Católica Madre y Maestra, I had been a professor of Criminal Law, of his sister Dilia Leticia, being one of the most outstanding students in the class .

He was already a legend in himself for his well-earned fame among professors as an outstanding PUCMM student, and for his skills as a promise of law and son of Dr. Salvador Jorge Blanco, of whom we had in turn been a disciple in the subjects: “Commercial Companies” and “Criminal Procedure”, in the premises of the then UCMM, in Santiago de los Caballeros, (1976).

His mastery of the fundamentals of Law made him reason with a particular solidity in the practice of law, in whose practice he stood out notably. Regardless of his many gifts as a lawyer and politician, we want to highlight some of our latest experiences with Orlando.

His time as a delegate of the PRM for the Central Electoral Board, leaves a breath of nobility, intelligence and prudence, unusual in an environment often marked by acid and ungenerous speech.

Without ceasing to fulfill his partisan obligations in a demanding and tenacious manner, I must admit that both in public and in private we had a practical and enlightened collaboration with him. He always behaved like an institutional man.

In some notes on the legal profession written by Abraham Lincoln, the former American president highlights that, regardless of talent and mastery of the law, the most appreciated condition in a lawyer is “diligence”, that is, timely compliance and to the letter of the deadlines, writings and presentation of the arguments of the defense of the case in question.

Diligence is arguing in time and out of time. And in the words of Santa Teresa de Jesús, in “Las Moradas”, a “determined determination”, which locates the purpose and fulfills it despite all the obstacles.

Finally, I do this tribute to our admired Orlando, also acknowledging his tenacity so that in the last elections three figures were successfully implemented that were decisive and that will go down in history: a) the observers before the Information Technology and Elections Directorate, b) the observers of the scrutiny in the electoral tables and, c) the observers of the transmission of results from the precincts.