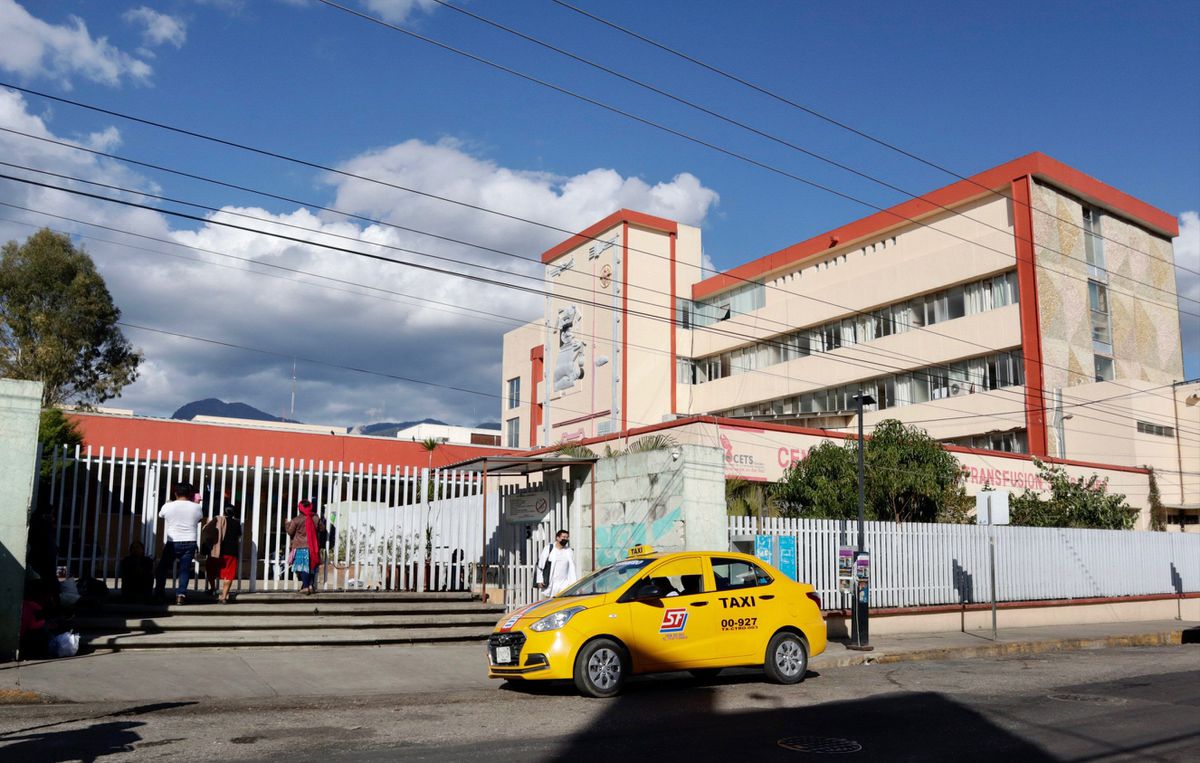 It’s December 1st. A bat has entered one of the houses in the small rural municipality of Palo de Lima, located 100 kilometers from the capital of Oaxaca. It is not yet known, but the animal’s attack on three minors, eight, seven and two years old respectively, will return a term to Mexican headlines: “rabies”, a disease that had not appeared in Oaxaca for 15 years. 27 days after the event, the hospital where they were admitted will report that the infection has killed the seven-year-old boy and has the oldest, eight, in serious condition. From the mouth of the director of the medical center comes the following quote: “The first six hours are what make the difference between life and death.” Despite the fact that the brothers were hospitalized on December 24, the mother has assured the authorities that they received medical attention up to three times before being admitted. And it was true, as confirmed to this newspaper by the deputy director of State Health, Jesús Alejandro Ramírez, through a telephone interview. However, the word “rabies” had not appeared in any of the medical visits prior to hospital admission. We had to wait 23 days.

After the hospitalization of the brothers, the state government began an investigation to determine if there could have been any type of negligence on the part of the medical personnel during the care process. Ramírez says that, between December 2 and 4, the children were cared for by “a private doctor”, although, a week after the brothers were admitted to the hospital, they have no further information on this matter. “We still have the doubts that we are trying to resolve with the investigation: what happened in the delay and whether or not the private doctor omitted the questioning. It surprises us, ”he says.

On the 20th, the three brothers had a second diagnosis at the La Paz Teojomulco hospital, in the municipality of Santo Domingo Teojomulco, 25 kilometers from Palo de Lima. There, the diagnosis was that the three suffered from “urinary retention”, for which they put a probe. “They had no specific symptoms yet. I want to think that they were not very direct in the questioning, perhaps they did not expressly ask if they had been attacked by an animal”, he affirms. A day later, the children arrived at the Villa Sola de Vega hospital, 50 kilometers from the family’s home. There, says the deputy director of Health, they had “neurological symptoms, such as psychomotor agitation [hiperactividad incomprensible] and photophobia [fobia a la luz]”.

A town without medical attention since August

The location of the small rural town of Palo de Lima was one of the main excuses used by the State Government to explain the delay in emergency care, as it is an “extremely marginalized” community (as defined by the Ministry of Health ). The municipality is located 100 kilometers from Oaxaca de Juárez. “Whoever serves these rural areas is a caravan. Due to budget issues, August was the last time they went to that place. Even so, there is a nearby health center, about an hour away,” says Ramírez, explaining that, indeed, there is a “precariousness” in the area.

Despite what happened, the deputy director of Health considers that the Oaxacan health authorities are prepared for the appearance of rabies cases in the future, and believes that a change in the care process is not necessary. “The protocol has always been there, which is why the delay in the diagnosis causes us surprise. We have always had vaccines ”, he assures. Ramírez insists that there is a “risk” of being infected in rural areas, where there are wild animals. “You have to go immediately to the doctor and tell him that we have been bitten by a wild animal to start the anti-rabies vaccination scheme,” he recommends.

In Mexico, 13 deaths related to rabies transmitted by wild animals were registered between 2010 and 2019. 10 were related to the attack of bats, two by skunks (skunks) and one by gray fox. On December 20, a 29-year-old woman previously attacked by a “semi-domestic” cat, as defined by the Undersecretary of Health, Hugo López-Gatell, was seriously hospitalized.

The Government of Oaxaca continues with the investigations to clarify whether or not there was negligence in a process in which there were up to three medical mediations. So far, the seven-year-old boy has died and his eight-year-old sister has been in a serious condition, intubated and on the verge of brain death for several days. The other side of the situation is found in the two-year-old girl, who remains stable, without symptoms and with the expectation of receiving a medical discharge.

Previous Carlos Acevedo for Chivas, the player that Santos would ask to release the 1
Next Actors will attend the Golden Globes after 2021 scandal