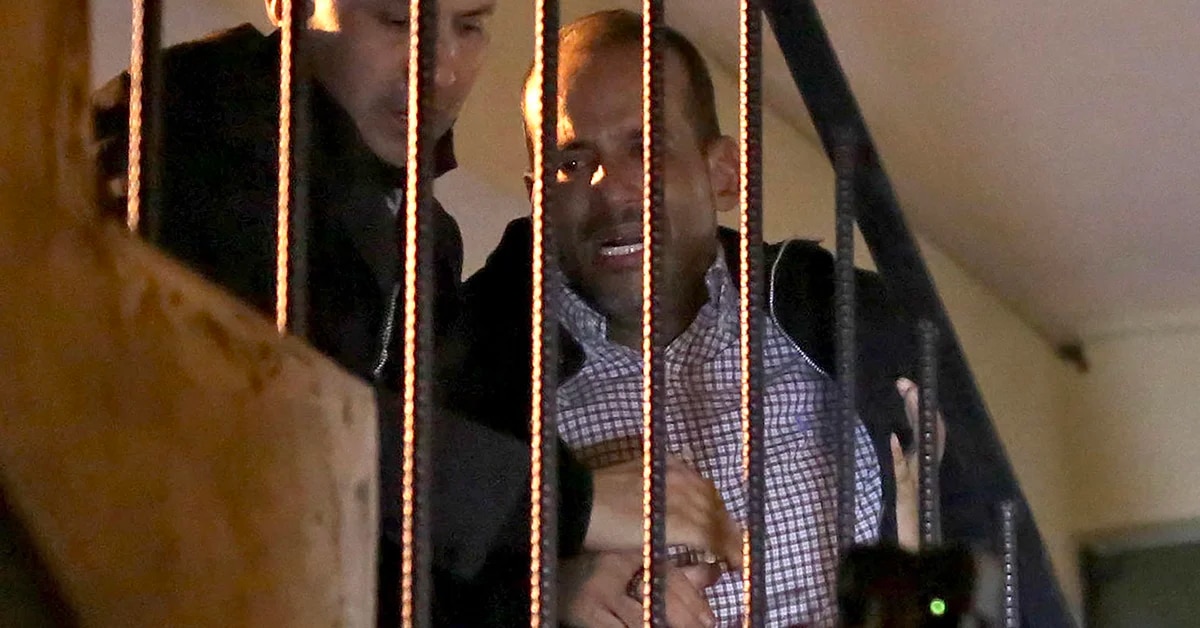 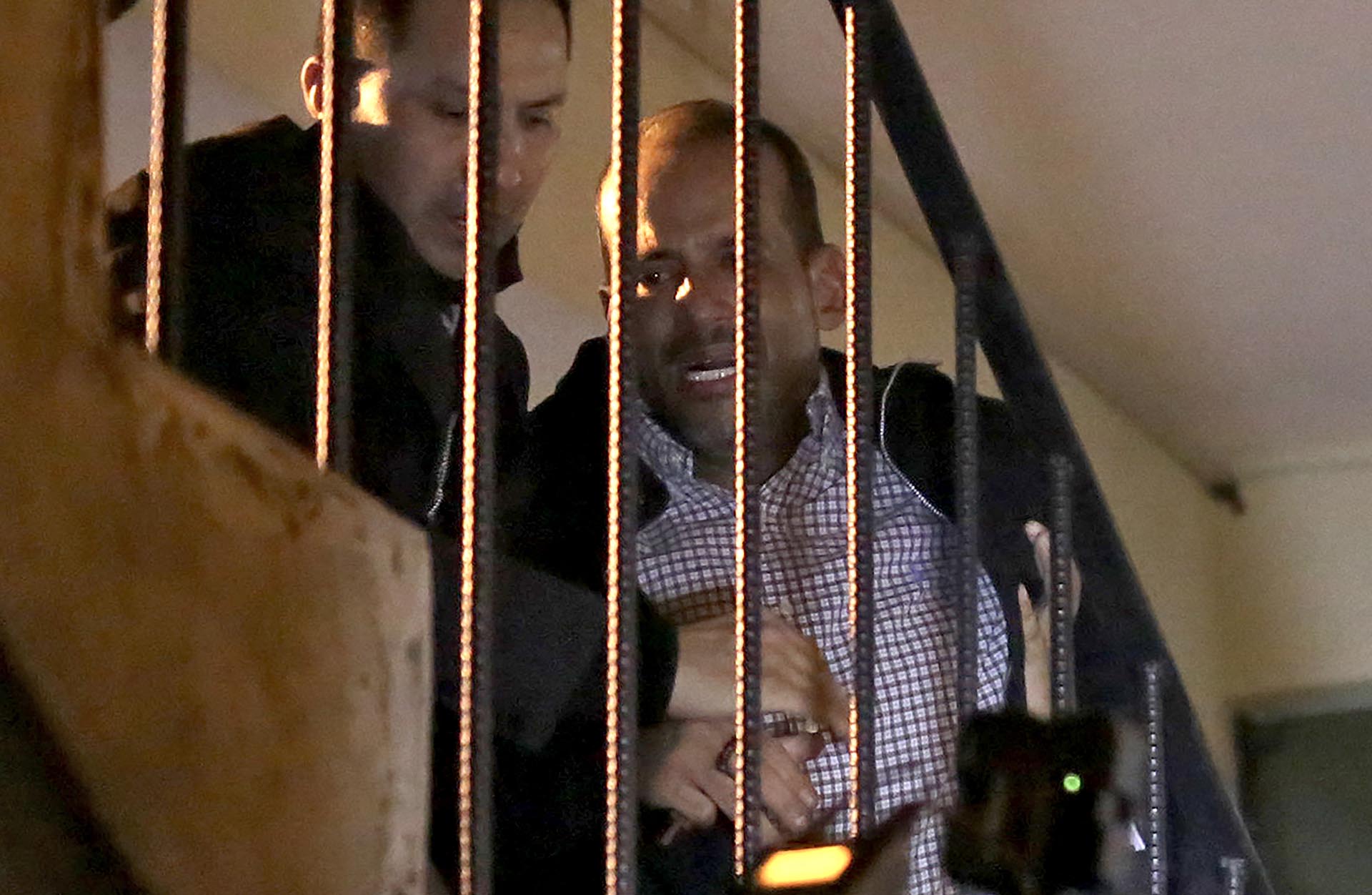 Luis Fernando Camacho, a key opposition figure and governor of the Santa Cruz economic region, is escorted up a staircase upon his arrival at the headquarters of the Special Crime Fighting Forces in La Paz, Bolivia, following his arrest on 28 December 2022 (AFP)

the governor of Santa Cruz, Luis Fernando Camachowould have suffered a severe decompensation, nosebleeds and fainting, as reported by his entourage. “It’s delicate. His underlying disease, plus stress, altitude and cold deteriorated his health. It is the report that his relatives who are with him gave me, ”said a biologist with Duty Martín Camacho, the opposition leader’s lawyer.

Camacho said that they are requesting the transfer of the governor from Santa Cruz to a health center for the corresponding care. Those close to the authority indicated that he suffered capillary breakage, nosebleeds and His extremities are numb.

“I am not going to lead as a senator, but as a vascular surgeon. It is public knowledge that the governor of the department of Santa Cruz, Luis Fernando Camacho, has an underlying disease called Churg-Strauss syndrome,” said Montero. 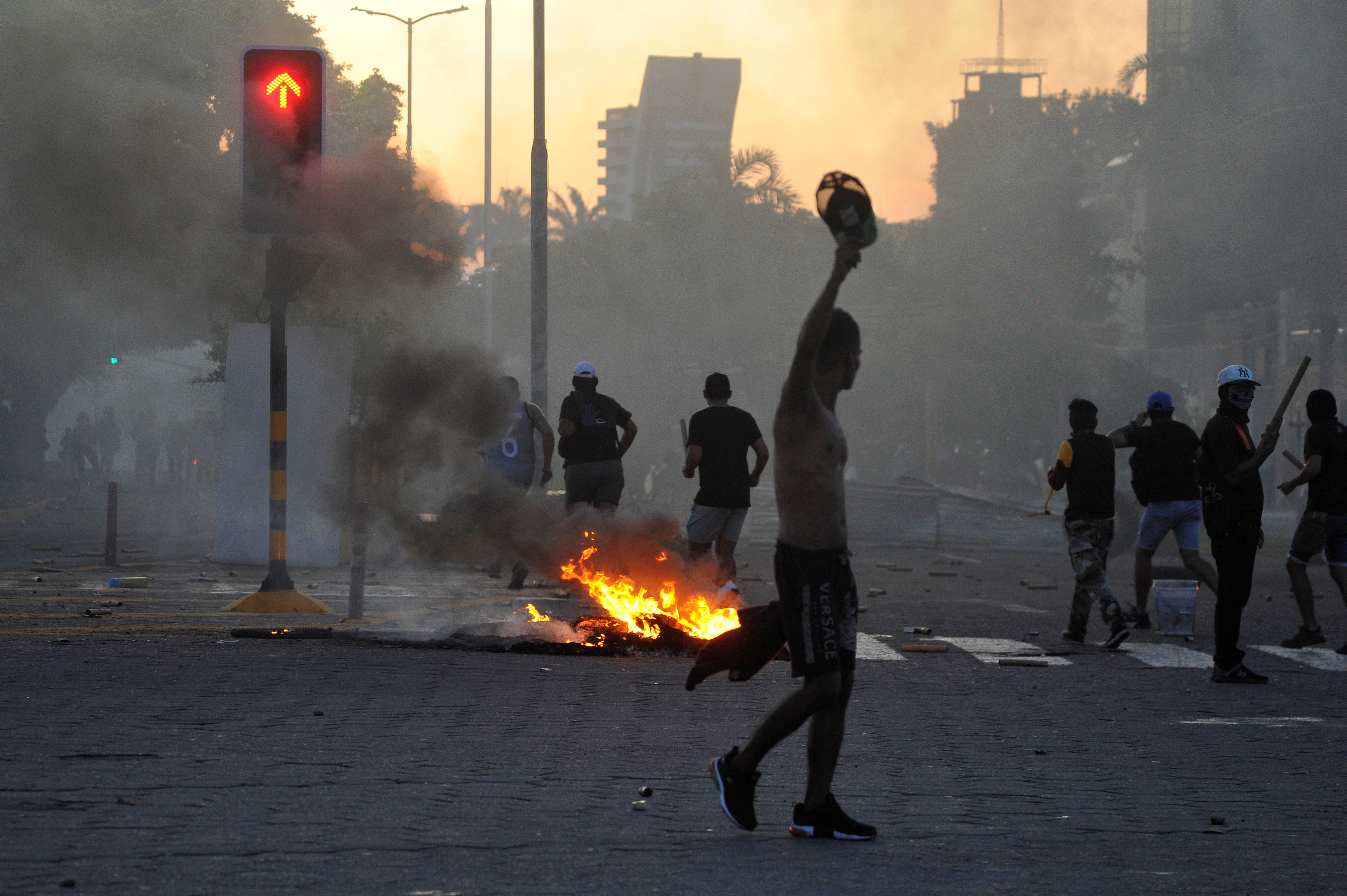 And he added that “It is an immunological disease that attacks the arteries and veins of the body, Therefore, Governor Camacho sees himself in need of receiving specialized treatment, which requires adequate conditions for it to be provided.”

The president of the Departmental Assembly of Santa Cruz, Zvonko Matkovic also denounced that Camacho’s medical attention is being prevented.

“We have just had the information from the lawyers of Governor Luis Fernando Camacho that noo They are allowing an ambulance to enter the Chonchocoro prison for immediate assistance and their possible evacuation to a medical center,” Matkovic reported minutes before, in full march through the center of the Santa Cruz capital demanding the release of the first authority of Santa Cruz.

“If there is an ambulance it is because his state of health is serious (…). The Government is putting the life of Governor Luis Fernando Camacho at risk. The ambulance is in Chonchocoro and they are not allowed to enter,” the departmental legislator reiterated.

Police arrested Camacho last Wednesday when he was returning to his home in Santa Cruz, in the east of the country, and then activated an operation to transfer him to La Paz, in the west, where he was placed before a judge who ordered his preventive detention for four months.

The Prosecutor’s Office accuses him in the “coup d’état I” case for the events recorded during the 2019 crisis that led to the resignation of Evo Morales from the Presidency, who claimed to be the victim of a “coup d’état”, amid complaints of electoral fraud in his favor in the unsuccessful elections of that year.

For this same case, Jeanine Áñez and two of her former ministers were arrested in March 2021, although the former president was finally sentenced in June this year to 10 years in prison accused of illegally placing herself in the line of presidential succession for the process called “coup”. of State II”.

Camacho’s arrest sparked protests in Santa Cruz and clashes with the Police, as well as various damage to national state entities such as the Departmental Prosecutor’s Office.

The Bolivian opposition called for a mobilized national action to stop the “road to dictatorship” in the country
Repression in Bolivia: 1 journalist injured and 4 civilians detained is the balance of the 24-hour strike in Santa Cruz
How to fabricate a civil war with a Caribbean accent

Previous ‘Choco’ Lozano had the victory in the last minute and Cádiz tied
Next How old was the beautiful actress Brooke Shields when she starred in Two and a Half Men?