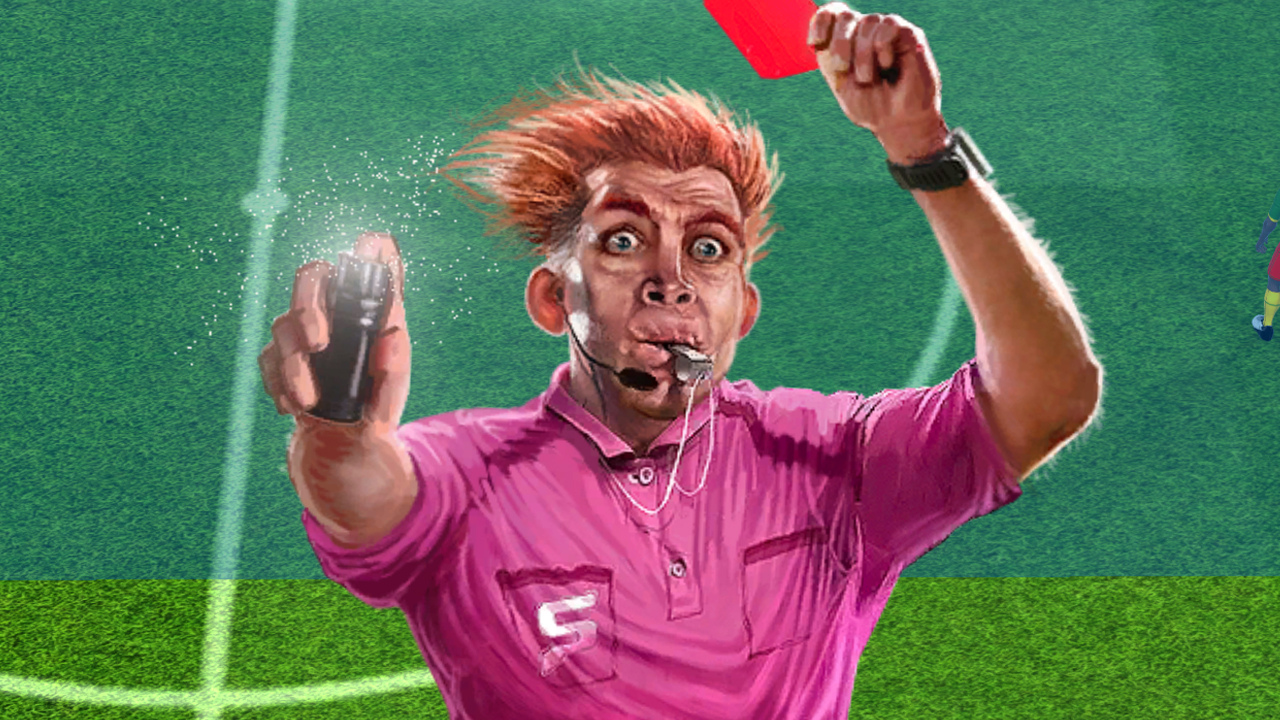 The legendary creator of Sensible Soccer, Jon Hare, tells us how the genre and his proposal of “fun soccer” have changed.

Early in the 1990s, the legendary video game developer, Jon hare, surprised the fans of soccer games with a fast, direct game, and so much fun that even today it still has a large number of fans. Sensible Soccer, usually called “Sensi”, is a cult game that prioritized, compared to the graphic section, a large number of options to configure the game, and with an almost overhead perspective, Sensible Soccer achieved a fast and extremely fun game, where simple controls were imposed on complex simulators.

This is the spirit of Sociable Soccer, a game franchise by modern football, which tries to transport that philosophy of direct and fun game to current soccer games, a genre that is dominated by simulation and a constant search for realism both in its playable section and in the visual one.

You have to make a decision, opt for elegance in animations or speedJon hareOn 3DJuegos we were able to talk with Jon Hare and he has given us, from his veteran vision, an overview of what has changed in the industry and especially with soccer games. “Soccer games have become more about winning in the sense of ‘finishing the game a winner’ than ending the game with a win and a good fun experience. Real football is about winning and no matter how you do it, this is a mentality that has somehow carried over into video games, although it is not necessarily what the players want“.

“In the years 80 and 90, the realism largely depended on how your imagination interpreted what you saw. Football fast and fun arcade are our main selling values, and from what I’ve seen, soccer fans want instant input – all those fancy animations are great, but if the game gets slow because of them, you have to make a decision, go for the elegance or speed. At this point, I would say that the players are willing to test the speed, “said Jon Hare.

In the industry there has been a trend in sports games in general to bet on simulation, leaving behind the arcade style that in another era managed to prevail, this has not happened in other genres such as fighting and we asked Hare how he has lived this change of trend and how Sociable Soccer could contribute to a return to a faster and more direct style game in the genre.

Nintendo has done a great job of maintaining its arcade flair while creating depth.Jon hare“I believe that Nintendo has done a tremendous job by maintaining its arcade style of play while creating depth in its game modes. It is something you can see in Mario Tennis and Mario Kart. There are many different characters and levels, but it gets interesting thanks to a balanced gameplay. The ‘simulation’ games ended the arcade games due to the intense marketing related to real life players and the game they are selling. At one time, the market was dominated by arcade games that had no intention of getting more realistic, just More fun, but seeing your favorite player in a certain game was a great trick of public relations, making many people buy the game just for that. “

“Sociable Soccer comes at a time when we enter an era in which people want everything to be fast (and we are), but it’s also a time when people want to have a lot more influence on what they spend their time on. They want be part of the creative process and adapt to the game according to your own style. It’s up to the developers to give them cool tools to do it. “Hare explained. We will look for the best reflexes and the best moment to control the ballJon hareAlthough franchises like FIFA or PES They have served to strengthen the simulation in the football genre, they have also put some key aspects on the table and we asked Hare which of them we could see applied in Sociable Soccer. “I think soccer games started as management options, then they allowed us to play ourselves and forever, the moment of the goal was the most important. At the moment of scoring, you want to feel rewarded, you want to see something special, you want a simulation of the feeling you get when your team scores in real life. At Sociable Soccer we are working to improve that feeling and recently added the goal celebrations in a very happy way, we will seek to improve that feeling after dialing a goal, “Hare assured us.

“Lately, in FIFA (especially in FIFA) and in PES, the dodge and the mockery when you leave someone behind has become something very important, and the options for doing so seem endless. Sociable Soccer is not so interested in that, we will look for the best reflections and the best time to control the ball, “promised the developer.

Sociable Soccer debuted in 2019 on Apple Arcade, the game has worked great on Apple’s subscription service, but far from stopping there, the football arcade will arrive on PC and consoles during the second quarter of 2022, where it promises to take a notable leap taking advantage of the new hardware. We have also asked Hare about the limitations What does it mean to develop a game for phones and what changes we will be able to appreciate developing for the new platforms.

There were older phone specs that we had to meetJon hare“One of the problems we had when making mobile versions was that there were older phone specs that we had to meet and that they could also run the Apple Arcade, and tweaking all of them for optimal performance with a small development team was impossible. There will be improvements in the models, in the animations, in the graphics in general and new sound effects for PC and consoles. Some of them will also arrive in the next Apple Arcade updates, but not all, since we still have to adapt to less powerful devices, “Hare confessed.

Sociable Soccer 22 It is coming to PC, PS4, PS5, Xbox Series X | S and Nintendo Switch, and users who paid for early access on Steam will have the ability to request a free key to the game.