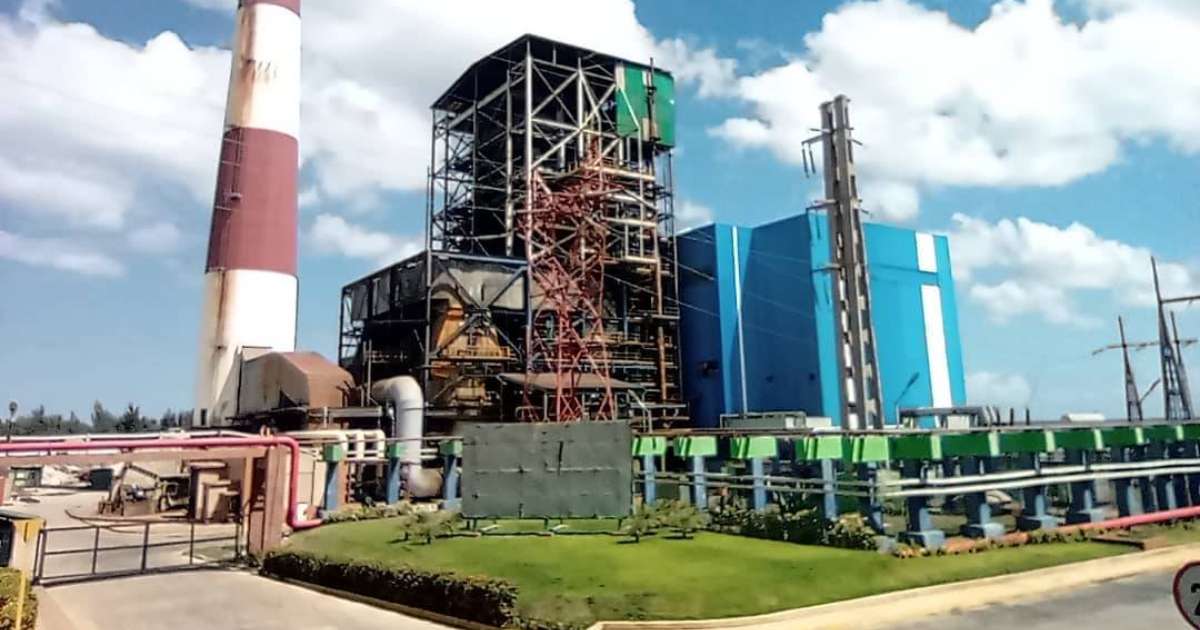 The Antonio Guiteras Thermoelectric Plant, in Matanzas, “registers a high consumption of water, a sign of some eventuality”warned the official newspaper Granmawhich indicated that this situation remains “under strict observation”, without mentioning that this could mean the shutdown of one of the plants that produces the largest amount of electricity in Cuba.

According to the report, the plant, “despite needing maintenance to gain reliability and increase power, continues to deliver more than 220 megawatts since his brief three-day layover at the end of June.

The thermoelectric plant, which produces a fifth of the country’s energy and consumes exclusively domestically produced heavy crude oil, suffers constant breakdowns. Before being shut down for brief maintenance in June, it had broken down in May.

Then, after a start, it suffered several problems that delayed its start-up, including an electrical discharge that took it out of the national electric power system for several hours.

The authorities are following this situation with concern, given that a shutdown of Guiteras would be devastating for the national electricity system. For this reason, Joel Queipo Ruiz, member of the Secretariat of the Central Committee of the Party and head of its Productive Economic Department, visited the thermoelectric plant on Friday.

Nevertheless, The report does not offer details on the decisions that would have been adopted to keep the Guiteras in optimal conditions. Instead, the official said that “it is necessary for the population to become aware of the importance of making an increasingly rational use of electricity, especially during peak hours.”

This, in reference to the long blackouts that make life impossible for Cubans, and which were added to the shortage of food, medicine, the Covid-19 and dengue epidemics and the worst human exodus that the country has experienced in more than half century.

Queipo Ruiz was interested in the care received by the operators and technicians who work at the plant. “Training an operator in this sector is very difficult, sometimes it takes years, that is why it is necessary to serve them, make things easier for them, and make them feel motivated,” he said, before pointing out that “the efficiency achieved by this and other plants must be reflected better in salary”.

The Electric Union announced that during Thursday the blackouts due to capacity deficit occurred during 24 hours, with a maximum impact of 840MW at night. For Friday, it announced a deficit of 750MW in daytime hours.

Out of service due to breakdowns are units 6, 7 and 8 of the Mariel Thermoelectric Power Plant, the Otto Parellada unit, 4 of Nuevitas, 1 and 2 of Felton and 6 of Rente, while the unit is undergoing maintenance. 4 of the Cienfuegos Thermoelectric. In addition, there are still limitations on thermal generation of the order of 423 MW.

The Cuban electricity generation system has been collapsed for yearsalthough the worsening of the situation occurred at the beginning of the current summer.

“The system has an installed capacity of 6,550MW and today 2,500 are available, for a demand of 2,900MW,” acknowledged the Minister of Energy and Mines, Liván Arronte, in July, who said that increases in demand have been added to this of 100MW above the usual in recent weeks.

Arronte recalled that Cuba has 20 generation units, of which 19 have more than 37 years of operation on average. “A thermoelectric plant is designed for about 25 years,” he said, and today there are “16 out of its capital maintenance cycle.”

Likewise, in the case of generator sets, which produce energy with fuel oil and diesel, these are today at 30% and 44%, respectively. This, assured the minister, due to the “lack of resources to put them into operation,” referring to the decrease in fuel shipments from Venezuela, the island’s main supplier and which has increased its exports to Asia and Europe, to the detriment of his political ally.