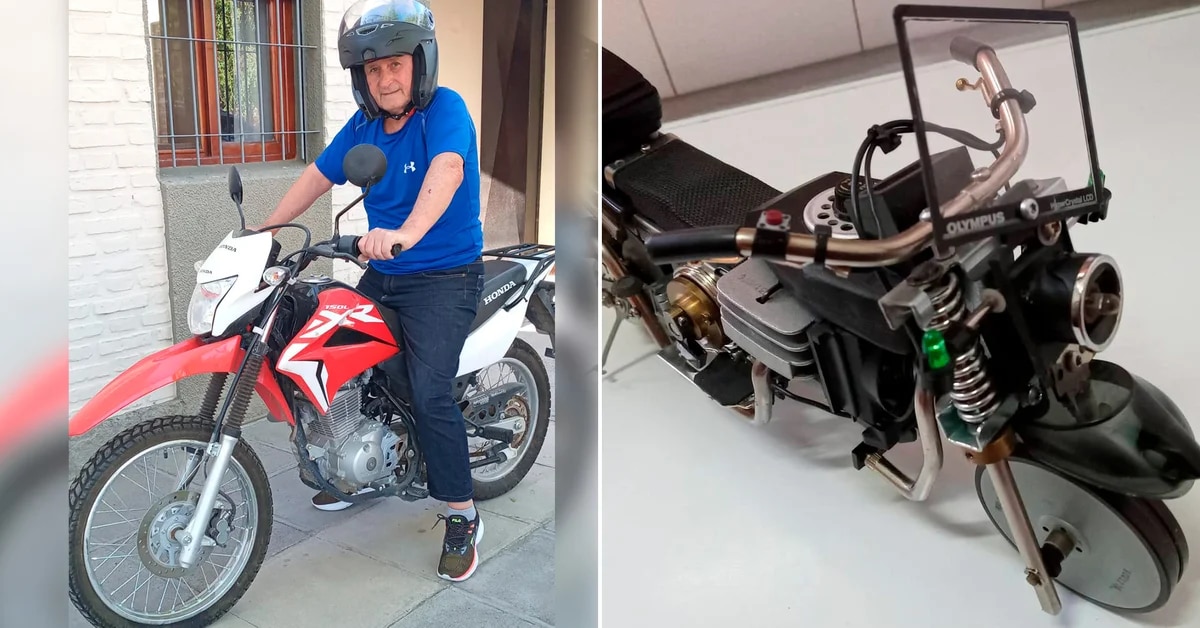 The 80-year-old motorcyclist from Gral. Roca who travels through Patagonia and makes miniatures with electronic waste 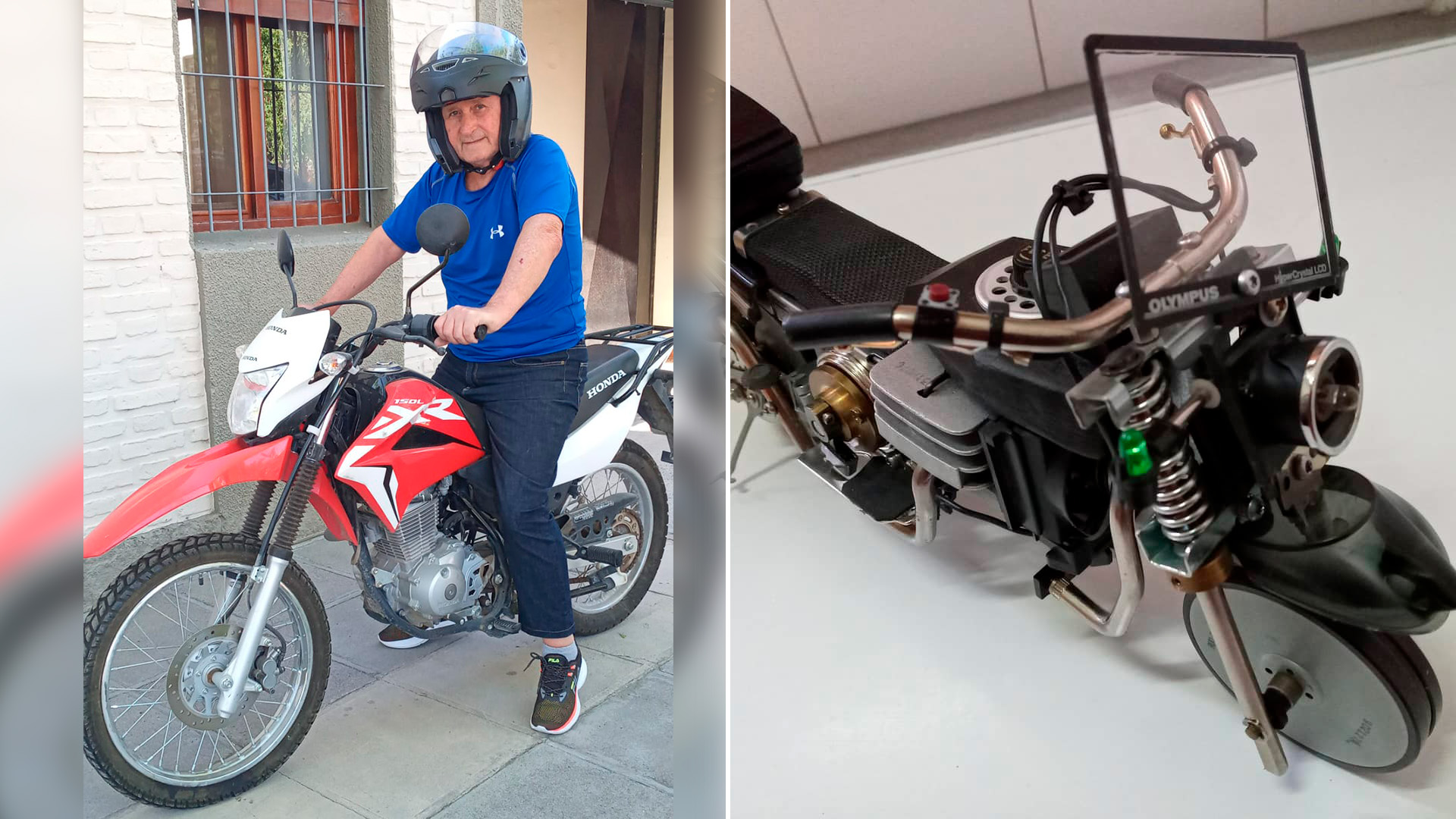 Carlo Carosanti is 80 years old and passionate about enduro motorcycles. When he retired he dedicated himself to recreating them in miniature, among other vehicles that he makes with technological waste

close to retirement, Carlo Carosanti, I already knew that he was not going to spend his time talking, drinking coffee in bars. This man born in Rome 80 years ago, arrived in Argentina when he was 10 years old. His parents settled in General Rock where as a child he immediately showed aptitude for sport. He first stood out in soccer (he led the United Italy team and played in the Federal Shooting Club), then he got on the ski boards and from the age of fifty, he became passionate about enduro motorcycles, with which he toured Patagonia with his wife, María Cristina del Bello, on unforgettable Andean trips. Carlo continues to travel by motorcycle and skiing. His life is action.

Carlo, who had divided his life between a bank desk and sports adventures, wondered what he would do when he retired. And he found as a continuity of his passion for motorcycles to be put together piece by piece, metallic miniatures, small works of recycled artsince all the inputs are discarded VCRs, old televisions, computers, telephones, speakers and printers.

Carlo likes both disassembling devices and creating new ones from this waste, so he looks around and sees what can be used for what. He is much more than a puzzle

“It all started with the construction of a miniature that I had to leave as a reference. I didn’t like the idea of ​​buying it. But have done it myself. I started to gather things that looked like handlebars, brakes and I put one together”, explains who later became obsessed with finding pieces similar to each part of the vehicles he builds.

His place in the world is in the barbecue area, which is reserved for much more than his little barbecues. It has cabinets with drawers with many pieces of all sizes. Disarming appliances has its pleasure. Carlo does it patiently with all the tools he inherited from his father, who was a gas fitter. He likes Latin music but Italian songs from other eras cannot be left out, such as those by Adriano Celentano, Rita Pavone and lyrical music is also added. Time passes “until my wife gets angry and calls me to go do other things”, he tells about his daily life. The mother of his two sons, she is also his partner in sports and adventures. With María Cristina, life is pure action. They went on excursions on enduro motorcycles, they also ski. He says that this year they were able to do little or nothing because there were many people at the ski center where they go. 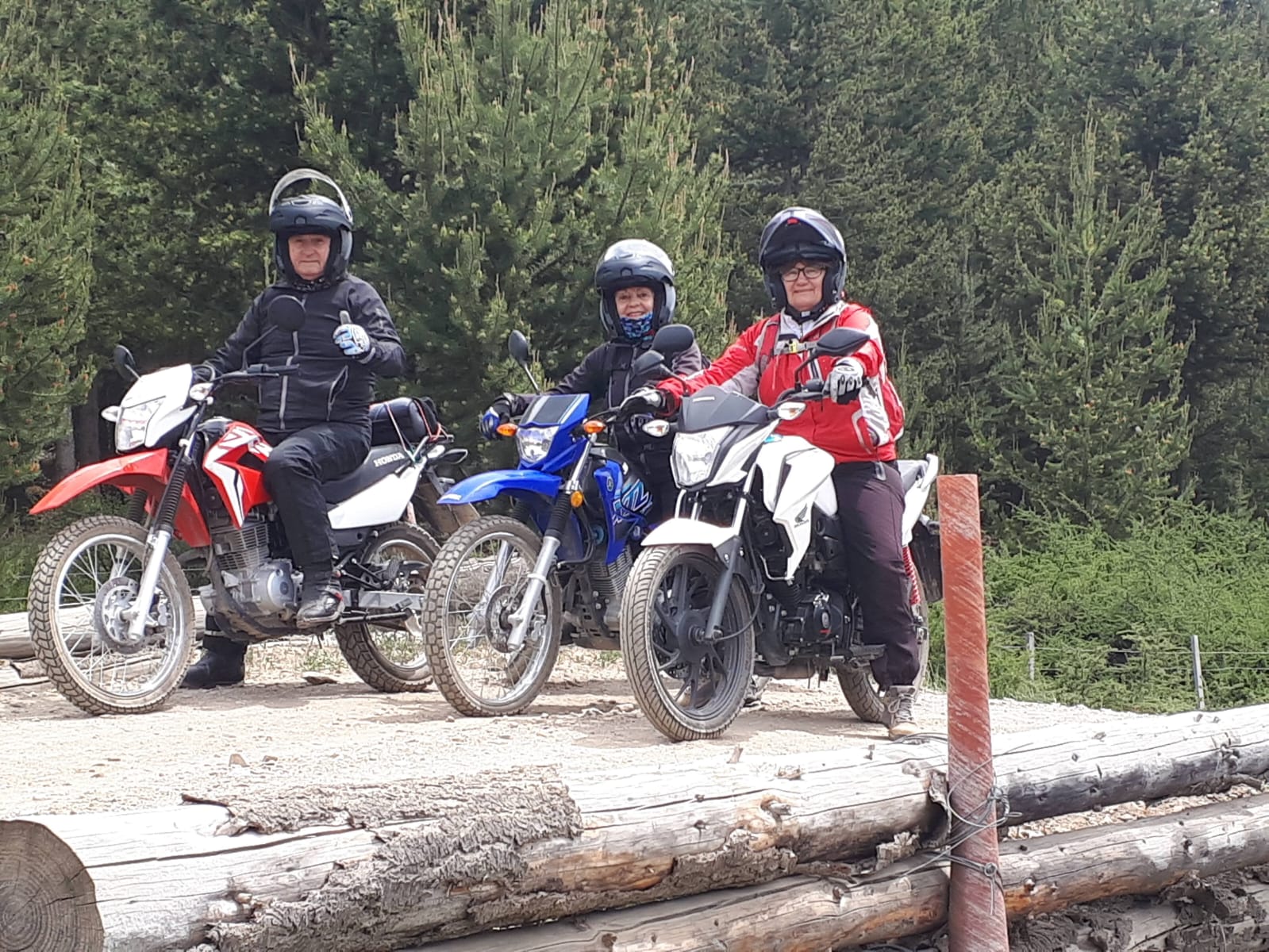 A photo from December 2021, during an enduro motorcycle excursion in Bariloche. The one on the blue motorcycle is María Cristina, his wife. Next to her, a friend of hers, Liliana. They are all retired.

“I traveled through Patagonia on a motorcycle and we did the entire southern part and the part of the border with Chile. I did it from 50 to 65. I never gave up the sport, to date, I have my bicycle and my motorcycle. Here in the General Roca valley we have a whole part of bars, where there are many paths, ups and downs. And if I don’t go to Bariloche, where my son lives and from there we do the whole area, also Villa La Angostura”, he details.

The late love for motorcycles led to his hobby. “That time that was left had to be filled with something. My friends over there go to the cafe and spend four hours chatting about politics and other topics. I can not. I need to do something,” she argues. Now, in addition to miniature motorcycles, he builds trains, cars, helicopters.

It may interest you: “A law biker”: the story of “Count Javornovich”, the man who inspired Argentine motorcyclists

From so much disassembling devices, he learned a lot about electronics. Friends who are dedicated to repairing artifacts, out there call him in search of a saving piece. “They tell me ‘hey, don’t you have a fan motor for a notebook, of such a brand?’ I look inside some special drawers that I have,” he says. There is more and more electronic waste that he has to disassemble, because in addition to the ones from his house, they call him acquaintances from universities and companies, to let him know that they have more supplies for him. And he is going to remove them.

Carosanti on an adventure trip with his enduro motorcycle friends

Throughout his life he also devoted himself to painting. His house is full of copies of paintings. But he crafts he had never done. Because of the accuracy of the scales on parts, such as helicopter propellers, he was asked if he was an engineer. The best compliment he could have received. He is a retailer. Obsessive also because he sometimes goes to bed thinking that he is missing a piece to complete a vehicle, as if it were a puzzle, and he wakes up going to the drawer where that part is that will put an end to his work.

So far, two have been sold. She finds it difficult to detach herself: “They are like children”, she exaggerates about her attachment. Sometimes it takes 90 days. Carlo showed his work in exhibitions, one of them in San Carlos de Bariloche. In those days, a connoisseur told him that his pieces were worth between 50 and 300 dollars. “He cost to put a price because we are in Argentina. Each piece of mine is unique. I don’t think there is anything similar in Argentina or the world. Good or bad, my system is unique”, he highlights. 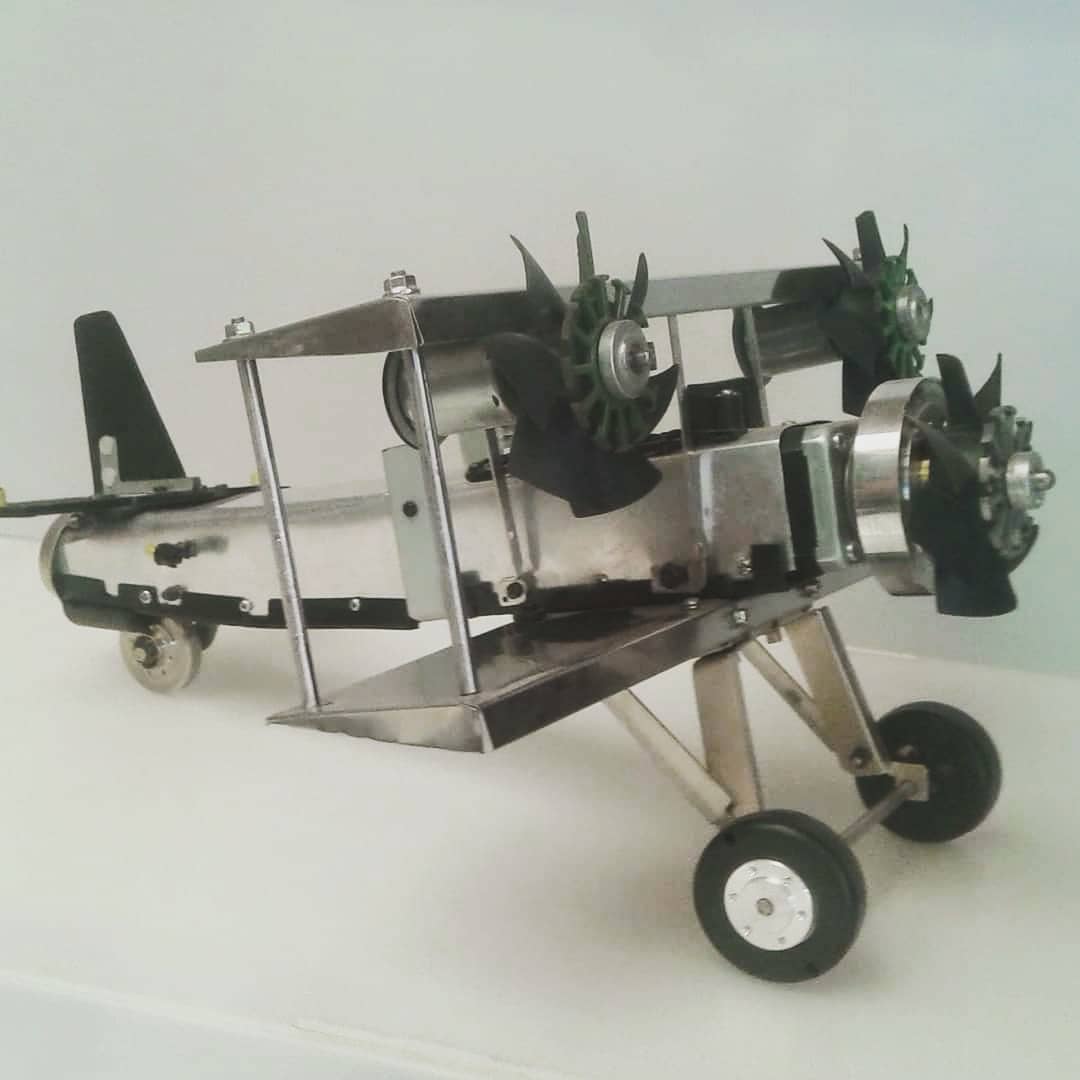 Carlo Carosanti has an Instagram account where he shows his unique pieces: art.recycled.technological. From his quincho in General Roca, he responds immediately and if the offer is good, perhaps he will part with some of his creations. He finds it hard for them to leave.

A strange hobby that became a successful business: the family that sells mega models to Europe
“A law biker”: the story of “Count Javornovich”, the man who inspired Argentine motorcyclists