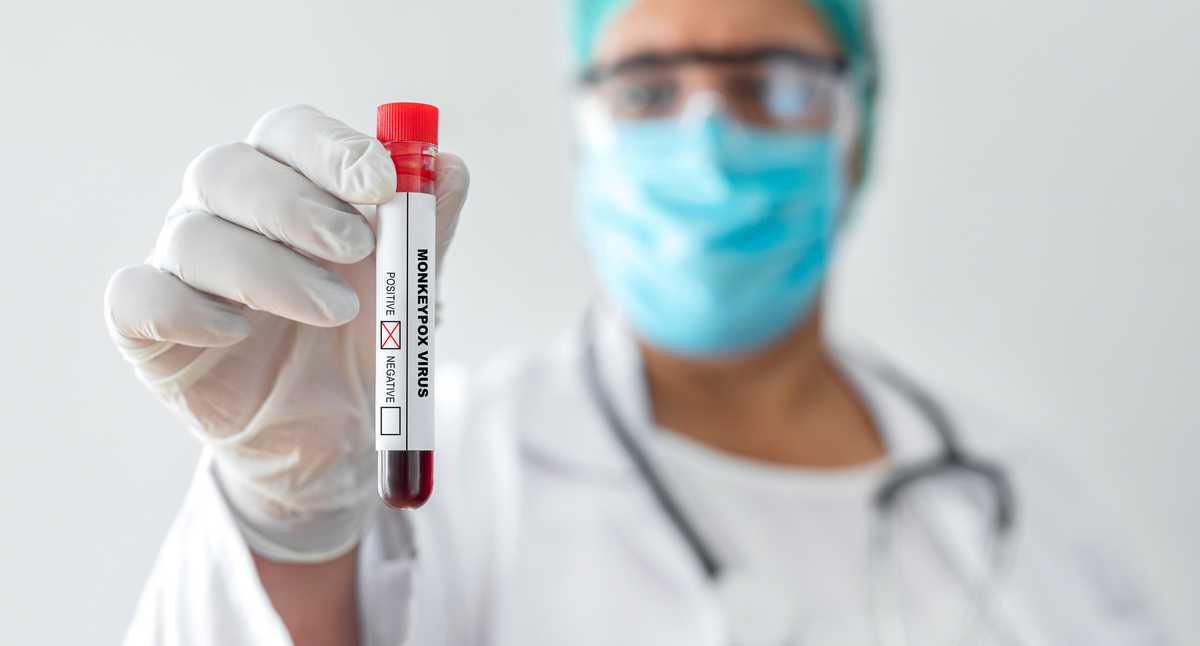 When we have not even left the covid-19 pandemic behind, another virus, monkeypox, bursts into the global context with force. Monkeypox is a rare viral disease endemic in some African countries. Yet within days, dozens of monkeypox cases have been confirmed in at least 12 non-African countries. The first appeared in the UK and was reported on May 7. The patient had recently traveled to Nigeria, where he is believed to have contracted the virus before traveling to the UK.

The detection of the virus in a multitude of patients and in separate populations around the world in a few days has caused a logical scientific, health, administrative and social alert. The cases reported to date have no established travel links to endemic areas, but it is possible that some recent mass event has acted as an amplifying focus.

Epidemiological investigations are ongoing. As surveillance increases in non-endemic countries it is very likely that more cases of monkeypox will be identified and confirmed.

Undoubtedly, the situation indicates that we are at the beginning of a possible epidemic and that it is important to create social awareness, provide technical guidance, strengthen and support surveillance and diagnosis systems, prevent the development of the outbreakprotect health workers and inform about the characteristics of the disease.

It is necessary to remain alert and be cautious. But luckily, it’s not all bad news. This new infectious outbreak has several good ones. Here are some of them.

We are not dealing with a new unknown pathogenic agent. The virus was discovered in 1958, when two outbreaks of a smallpox-like disease occurred in colonies of monkeys kept for research purposes.. The first human case of monkeypox was reported in August 1970 in the Democratic Republic of the Congo. Since then, the virus has been studied and the cases and outbreaks it has caused have been monitored.

2. It is a relatively stable virus

The monkeypox virus is a relatively large DNA virus that mutates at a slower rate than RNA viruses such as coronaviruses or influenza viruses. DNA viruses have better systems for detecting and repairing mutations than RNA viruses, which means that monkeypox virus is unlikely to have mutated suddenly or at a high rate to achieve excellent human transmission or manifest high variability.

This situation means that, once the disease is overcome, the individual acquires long-term immunity against the virus. Two genetic clades of monkeypox virus have been characterized to date, the West African clade and the Central African clade. Both are geographically separated and have definite epidemiological and clinical differences. The DNA sequence shows that the virus causing the current outbreak is a mild type circulating in West Africa and closely related to the monkeypox viruses detected in the UK, Singapore and Israel in 2018 and 2019.

3. Part of the world population already has some degree of immunity

Monkeypox virus, smallpox virus, and vaccinia virus are closely related orthopoxviruses. The successful vaccination campaign against smallpox led to the disease being declared eradicated in 1980. Historical data suggests that the smallpox vaccine protects about 85% against monkeypoxso that people who received smallpox vaccines, which are a large part of those over 45 years of age, are less vulnerable to the virus.

4. We know how the disease is transmitted

Person-to-person transmission can occur through close contact with droplet particles and respiratory secretions, skin lesions of an infected person, or recently contaminated objects. Transmission can also occur across the placenta from mother to fetus or during close contact during and after birth.. The virus enters the body through breaks in the skin, (even if they are inappreciable), the respiratory tract or the mucous membranes.

This is the first time that chains of transmission of the disease have been reported in Europe with no known epidemiological links to West or Central Africa. The most likely transmission channels of the disease are through droplets and/or contact with infected lesions.

Most of the reported cases in Europe have been in young men, many of whom self-identify as men who have sex with men. Transmission between sexual partners is increased due to intimate contact during sexual intercourse with infectious skin lesions, but the probability of transmission between individuals without close contact is considered low.

6. The clinical manifestation of monkeypox is usually mild

Monkeypox is usually a self-limited disease with symptoms lasting 2 to 4 weeks. Historically, the case fatality rate for monkeypox in the African context has ranged from 0% to 11% in the general population, and has been higher among young children.

The West African clade, the type seen so far in Europe, has a case fatality rate of about 3.6% (estimated from studies in African countries). Mortality is higher in children, young adults and immunosuppressed people. Severe cases can occur, but most people recover from the illness within a few weeks.

7. The symptoms of the disease are characteristic and evident

The virus is easy to track because, unlike SARS-CoV-2, which can spread asymptomatically, monkeypox does not often go unnoticed. Largely due to the skin lesions it causes. In addition, the symptomatology of monkeypox (fever, severe headache, swollen lymph nodes, back pain, muscle aches, and weakness) facilitates the diagnosis of the disease and the detection of infected people.

From the first to the third day after the fever appears, a characteristic skin rash appears. The rash affects the face (in 95% of cases), and the palms of the hands and the soles of the feet (in 75% of cases). The oral mucosa, genitalia, and conjunctivae, as well as the cornea, are also affected.

The rash progresses sequentially from macules (lesions with a flat base) to papules (slightly raised), vesicles (filled with clear fluid), pustules (filled with yellowish fluid), and crusts that dry and fall off. The number of injuries can vary from a few to several thousand.

8. There are fast and effective detection methods

Detection of monkeypox virus DNA, by real-time polymerase chain reaction, from suspicious skin lesions is well established in many laboratories in Europe, America and Africa. Scabs, swabs, and aspirated fluid from the lesion are preferable to blood samples.

The recent protocols Real-time PCR can discriminate not only monkeypox virus from other orthopoxvirusesbut also the two clades described.

9. We have effective vaccines

The original (first generation) smallpox vaccines are no longer available in the world, but new second and third generation vaccines based on vaccinia virus have been developed. These vaccines exhibit activity against human smallpox and monkeypox.

The ACAM2000 and Aventis Pasteur Smallpox Vaccine (APSV) vaccines are based on attenuated replication-competent vaccinia virus and are administered by the multiple puncture technique. The Jynneos vaccine, named as Imvanex in the European Union and Imvamune in Canada, is a third-generation vaccine containing a modified vaccinia virus Ankara (MVA-BN) unable to replicate in the human body but capable of eliciting a strong immune response against smallpox and monkeypox.

Jynneos is the only monkeypox and non-replicating smallpox vaccine approved by the FDA for non-military use.

10. There are effective antiviral treatments

Cidofovir and Brincidofovir have proven activity against poxviruses in studies in vitro and in animals. Brincidofovir is a potent inhibitor of the DNA polymerase of a wide variety of double-stranded DNA viruses, such as the monkeypox virus.

Tecovirimat (ST-246) is also effective in treating orthopoxvirus-induced diseases and human clinical trials indicate that the drug is safe and tolerable with only minor side effects. Tecovirimat is indicated for the treatment of cowpox, monkeypox and human smallpox in adults and children with a body weight of at least 13 kg.

Despite the good news, we must be cautious and remain vigilant because there are still unanswered questions. Some are related to the possibility that the sudden increase in cases is due to a mutation that allows this monkeypox virus to be transmitted more easily than those of the past., that the virus has been able to spread silently and that each of the outbreaks can be traced back to a single origin or to several simultaneous ones. Still, it is to be hoped that the current outbreak will not require containment strategies beyond that involving ring vaccination.

Professor of Microbiology, University of Salamanca

Article originally published on The Conversation