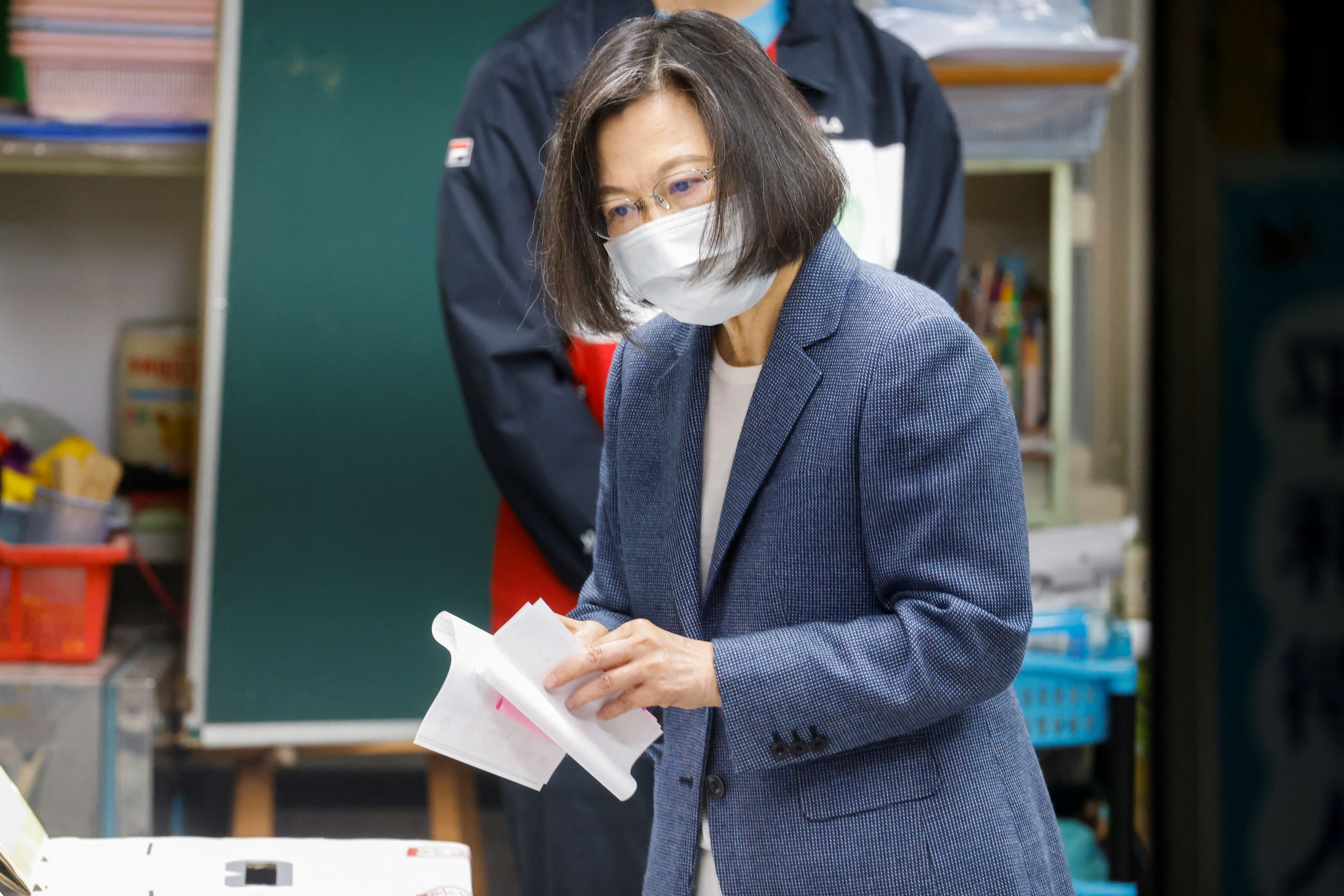 The main opposition party of taiwanthe Kuomintang (KMT), was the great winner of the local elections held this Saturday, which caused the president of the country, Tsai Ing-wenannounce his resignation as leader of the ruling Democratic Progressive Party (PDP).

With the majority of the votes counted, the nationalist KMT took over the mayoralty in four of the country’s six large cities -among them, the capital, Taipei-, while the other two ended up in the hands of the PDP.

Of the fifteen smallest cities and counties, the KMT took nine; the PDP, three; the third party in contention, the Taiwan People’s Party (TPP), one, and in the other two remaining independent candidates were elected, although, according to the official island news agency CNAsthe political sympathy of both tends towards the KMT.

Despite the fact that Tsai, after voting this morning, had assured that participation in the electoral process is “key” to promote the democracy on the islandthe negative note of the day was the prohibition to go to the polls for those infected with covidwhich, according to official estimates, left some 65,000 people without the right to vote, since taiwan It does not allow you to do it by mail.

The authorities have already warned that those who fail to comply with the mandatory quarantine to go to vote they will face fines of up to 2 million Taiwanese dollars (64,600 dollars, 62,100 euros) or sentences of up to two years in prison.

During the week before the elections, Tsai had focused her speech on the importance of voting in the context of tensions with China and the position of Taiwan in the international arena, but, according to CNA, the voters turned their back on this approach, since none of the positions elected today are related to the management of foreign affairs. 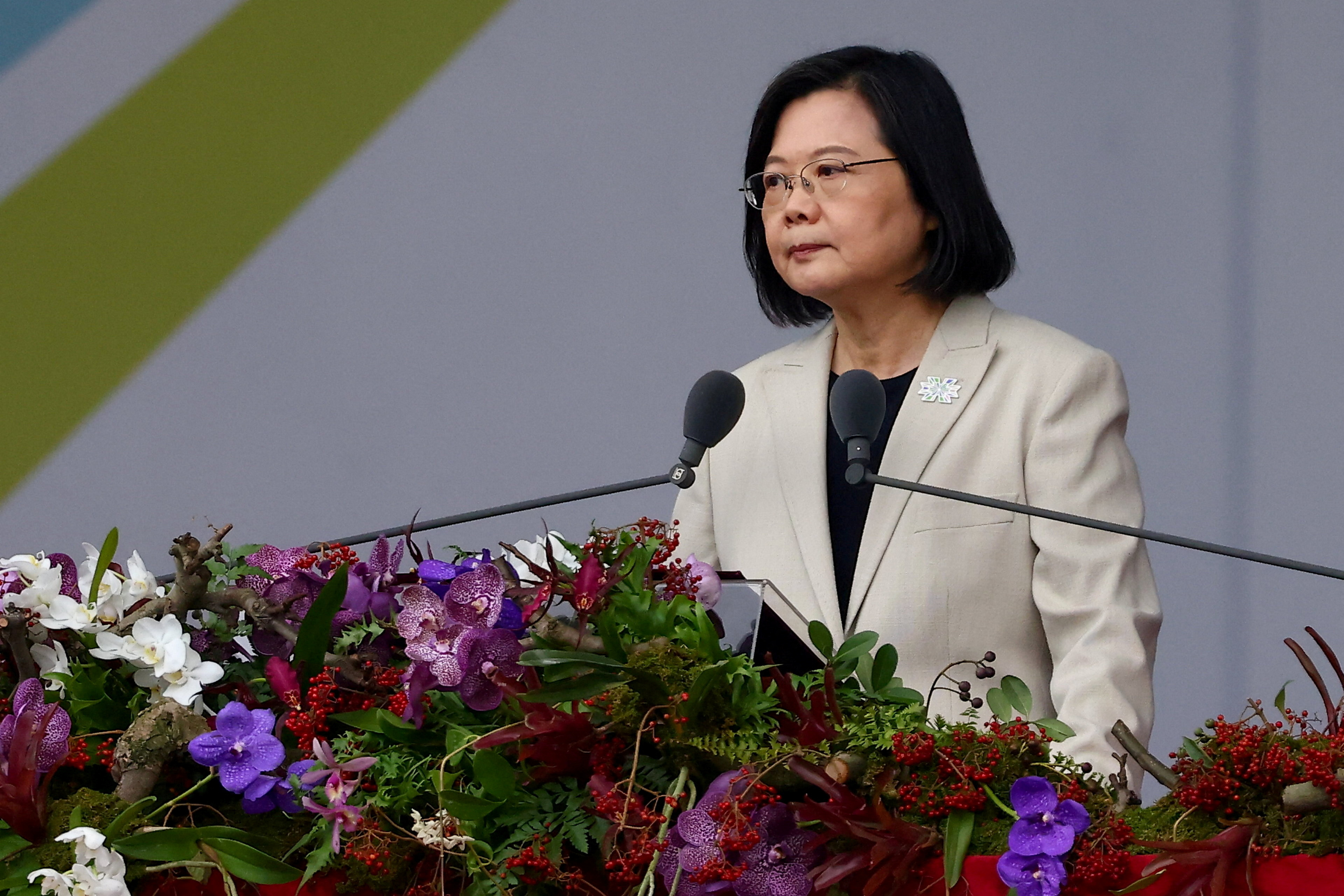 The resident of Taiwan, Tsai Ing-wen

The local press indicates that, contrary to the presidential elections, in which the situation in the Strait of Formosa yes it is an important factor, the Taiwanese focused today on their discontent with the local management of the PDP, also affected by the controversies with some of its candidates, among which were politicians who had the explicit support of Tsai.

The president, who will not be able to run for the 2024 presidential elections as she meets the two-term limit, announced her resignation as PDP leader shortly after 9:00 p.m. local time (1:00 p.m. GMT), although she indicated that she will not accept the resignation of the prime minister. , Su Tseng-chanwho had also made a similar decision.

In a speech at the headquarters of the formation, Tsai assumed responsibility for results that he described as disappointing, although he acknowledged that the management of the PDP elected officials at the local level had not met the expectations of the citizens.

THE REFERENDUM ON THE VOTING AGE DOES NOT GO AHEAD

The referendum also held today to lower the legal voting age from 20 to 18 and from 23 to 18 the age necessary to present candidacies for political office -the latter, pending the reform of other electoral laws- did not go ahead, since it needed the vote favorable of more than half of the 19.1 million registered voters and only obtained the support of some 5.6 million.

Beijing closely followed the election day, with special interest in the aforementioned referendum, since a Chinese government spokesperson assured that it was part of an alleged plan by the PDP to promote a constituent process through which to declare the independence of Taiwan.

The island has been governed autonomously since 1949, when KMT nationalists retreated there after losing the Chinese civil war against the communists, so Beijing continues to consider it a rebel province and claims its sovereignty.

In recent months, tensions between Taipei and Beijing, constant since Tsai came to power in 2016, have intensified due to the visit of the president of the us congress, Nancy Pelosi, strongly protested by the Chinese authorities, who described it as a “farce” and “deplorable treason”.

The US warned China about its dangerous behavior against Taiwan
The US Secretary of Defense warned about the plans of China and Russia: “They seek a world in which disputes are resolved by force”
The US warned that a Chinese attack on Taiwan would be a “strategic mistake”

Previous This beautiful tale of gothic horror is full of heart and love for the genre, and it is about to leave the Netflix catalog
Next blue gives way to three different colors