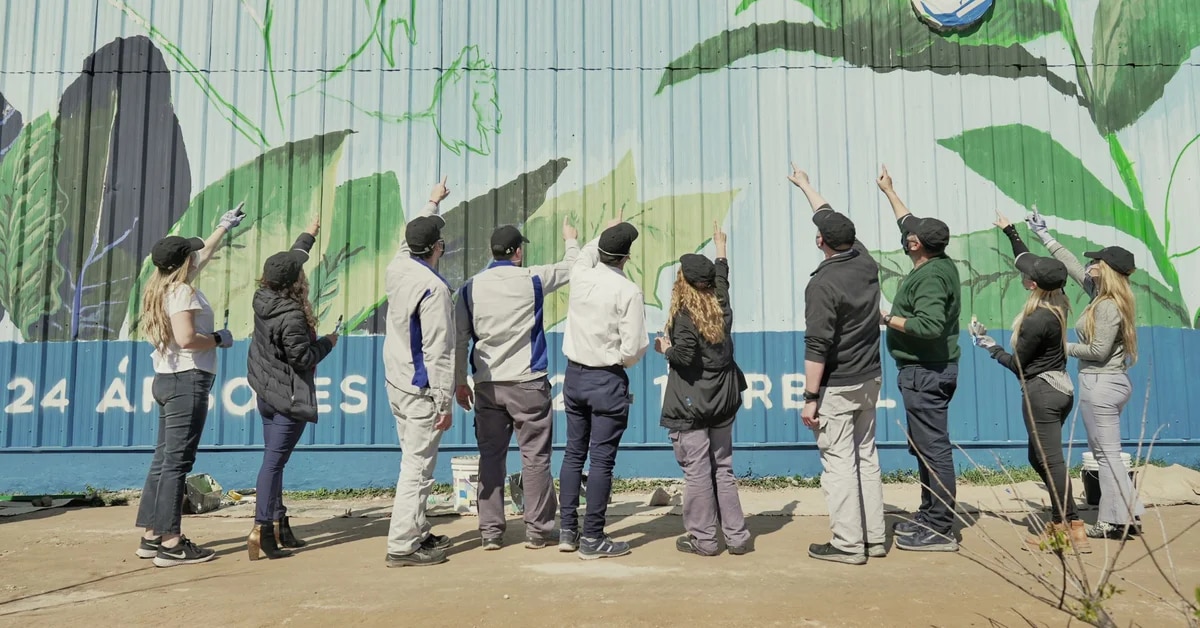 The Intergovernmental Panel on Climate Change estimates that global warming could reach 1.5°C between 2030 and 2052 if it continues to increase at the current rate. Even so, limit the increase in atmospheric temperature to that number, and prevent it from going above 2°C, could mitigate many risks to nature and humanity.

Among the benefits, by 2100 global sea level rise could be 10 centimeters lower, while coral reefs would decrease by 70 to 90%, instead of being lost entirely. For it, carbon dioxide emissions need to be reduced to “net zero”.

The firm Volkswagen Group Argentina decided to join the cause and created the way to zero strategy: a decarbonization program that plans to achieve a carbon neutral automotive industry by 2050. This initiative involved a investment of more than 1 billion dollars in the country and includes educational projects and support for diversity.

The firm presented this year the 2021 Sustainability Report, where it mentioned its greatest milestones in relation to the environment (Press: Volkswagen Group Argentina)

That is why Volkswagen introduced this year the Sustainability Report 2021, where he mentioned his greatest milestones in relation to the environment. First of all, the launch of the VW TAOS; the first sports utility vehicle (SUV) or sports utility vehicle that the company produces in Argentina for the region. He also launched a new ecological paint plant in Pacheco, whose technology allows a savings of approximately 85% in water and energy, and a reduction in the emission of particles 700 times less than what the law dictates; achievement that earned him the Entrepreneurial Citizenship Award.

The launch of Logistics Center in Fatima, Pilar, was another of the milestones. This space for the distribution of original spare parts and accessories has a system that is now 30% water and another 70% energy.

One of the projects for the care of biodiversity is “Plantarse”, divided into the initiatives “Guardians of the Delta” in Pacheco and “Defenders of Water” in Córdoba (Credits: Volkswagen Group Argentina Press)

The company also introduced a variety of electric vehicles: the ID line, in which the ID.3 and ID.4 carsthe e-Delivery truck -which has a version of 11 and another of 14 tons- and the Audi RS e-tron GT, a luxury car that can accelerate from 0 to 100 km/h in just 3.3 seconds. In addition, it partnered with Siemens to develop car charging points in all the country.

On the other hand, the firm obtained last year, and for the third consecutive time, the international recognition of Top Employer 2021; a certification that rewards human resources practices. “At Volkswagen Group Argentina we are committed to being protagonists of the culture of change since we are much more than an automotive company. We are working hard towards a more diverse and inclusive culture together with leading actors of society, NGOs and triple impact companies”, said Darío Carosella, HR director of the firm in Argentina.

In addition, the firm highlighted that in 2021 actions were carried out such as the goTOzero week; a week of talks by environmental experts, virtual workshops, volunteer events and the realization of two ecological murals in the industrial centers of Pacheco and Córdoba. The photocatalytic paint of the works acts like an adult tree for 90 days, since removes 150 kg of carbon dioxide per month.

Vehicle electrification, zero carbon emissions, use of green energy and battery recycling are some of the pillars of the automaker (Credits: Volkswagen Group Argentina Press)

Another of the projects for the care of biodiversity is “PlantRSE”, divided into the initiatives “Guardians of the Delta” in Pacheco and “Water Defenders” In cordoba. The members of the executive committee planted the first trees in order to create a reserve in Pacheco and strengthen biodiversity in Córdoba, and donated 5,000 trees to ReforestARG for the creation of the Volkswagen Forest and the restoration of areas affected by fire in Cholila, Chubut, and Yacanto, Córdoba.

For more information, you can visit the official page of volkswagen.