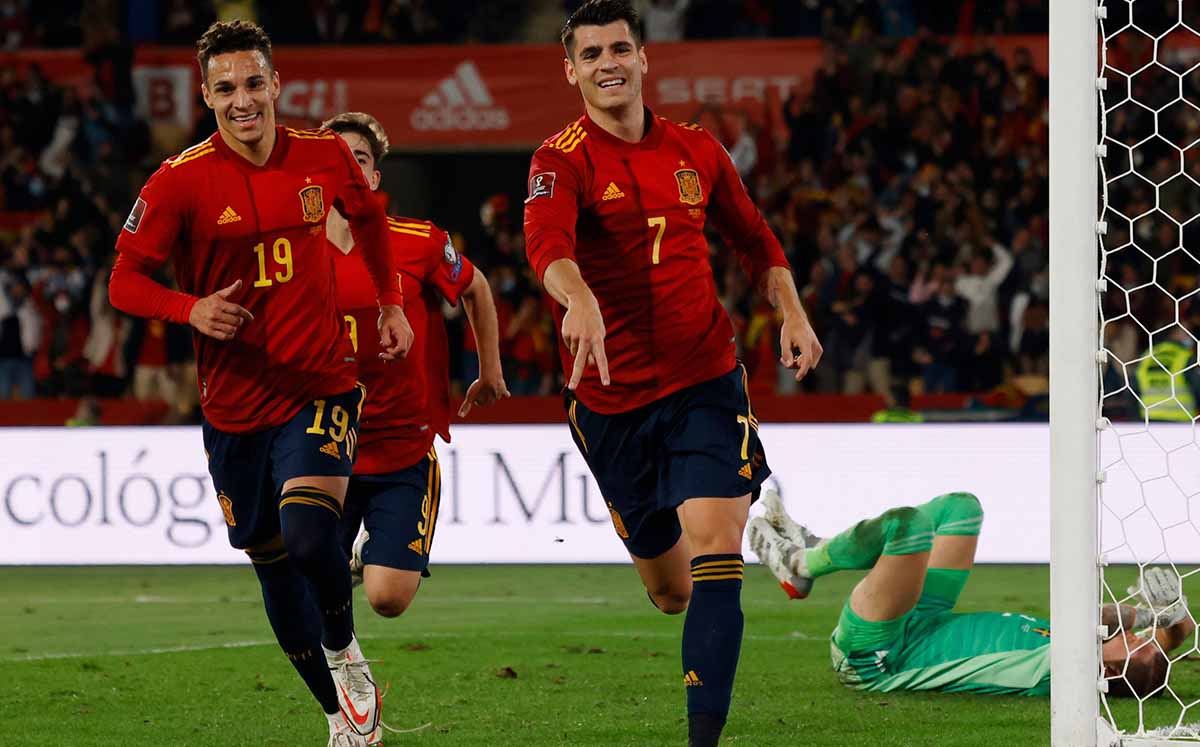 Spain did it, mission accomplished. The Qatar World Cup 2022 will have flamenco thanks to the obtaining a pass to the World Cup by those led by Luis Enrique. Alvaro Morata, one of the most criticized and beloved by the fans, gave his people that goal they needed to beat Sweden and thus be one of UEFA’s direct qualifiers.

Morata appeared in the final stretch of the match to counteract the attempt by Dani Olmo, who hit the crossbar after being previously deflected by Robin Olsen. The ball was alive and just the Juventus player appeared to nail it into the nets.

Sweden had unfortunate opportunities, with little football and leaving Zlatan Ibrahimovic on the bench until 73 ‘was given minutes without doing much. Kristoffer Olsson became one of the men of danger for the Red Fury defense, he was about to open the scoring with a shot that was saved in the background by Unai Simón.

Emil forsberg It was also demanded of the Spanish defense and especially Unai. A cross shot to the far post from which the Spaniards were saved, as the ball went to one side of the goal.

Spain has 12 World Cups in a row

With the 1-0 achieved in the last minutes, Spain put Sweden on the ropes. that he no longer had time to think about the feat. Thus, those of Luis Enrique confirmed their participation in the World Cup, the 12th in a row since Argentina 1978. For his part, Sweden goes to the continental play-off.