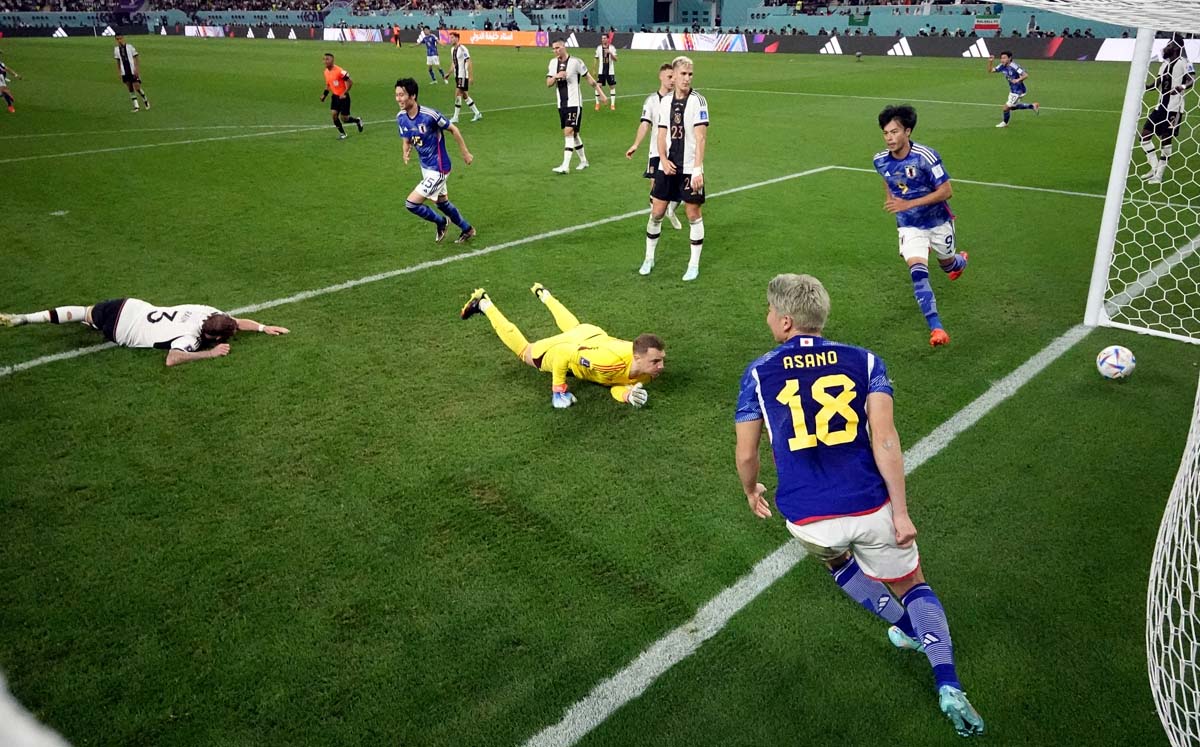 Summary of the match Germany vs Japan (1-2). GOALSHalftime

Japan resisted the bombing of Germany for more than 75 minutes, until finally all that resistance had its reward when they were finally able to impose their football and in a surprising way they turned the scoreboard around to get victory 2-1 and thus achieve what no one expected.

The European representative did what he had to: he was in charge of possession of the ball, he overflowed the band, and even grabbed goalkeeper Gonda with a target shot. But it was useless because they did not have the necessary forcefulness except for a penalty goal and they paid dearly for it. 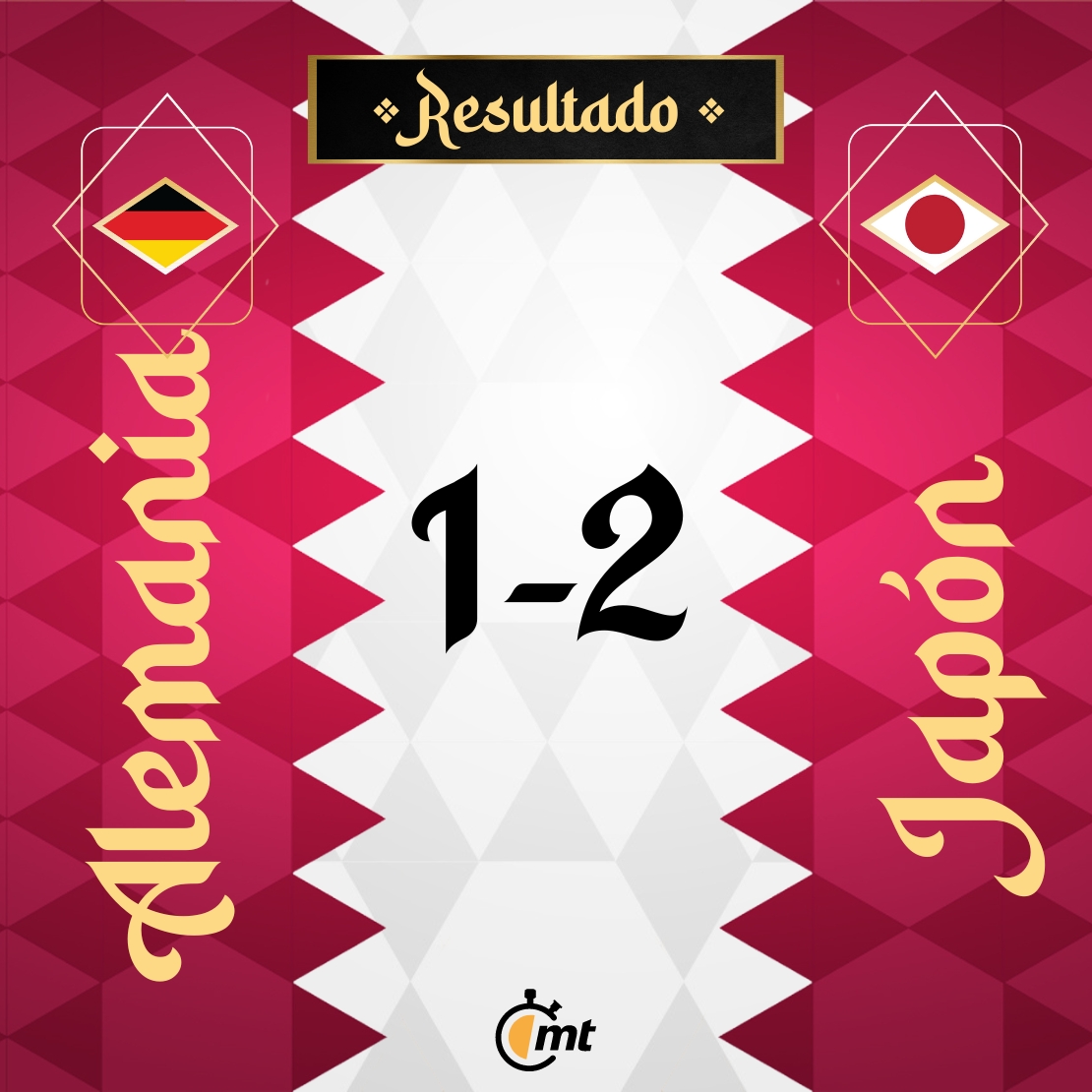 They could well argue, as the Argentines did, that the VAR unfairly canceled their goals, but the truth is that more than once they planted themselves in the area with shots on goal, but the goalkeeper managed to cover the entire Teutonic arsenal. Okay, even the post was on his side in a frontal shot from Gundogan.

The only way Germany, led by Flick, could score one goal was from a penalty that was well hit by Illkay Gundogan for 1-0 in the first half. Then came the overwhelming attack that seemed to end with more goals, but nothing, Japan resisted and got up.

Japan exploded in the second part

With nothing to lose, coach Moriyasu made changes and decided that it was time to look for the match. Your first notice it was a shot from Takuma that Neuer deflected to where Mitoma waswho unbelievably flew the ball.

In a similar play appeared Doan and this time he was right to make it 1-1 on the scoreboard and unleash the Japanese celebration. Japan got loose and began to play like a great, touched the ball in the German field.

that’s how they got second goal courtesy of Takumawho this time showed why he plays in the Bundesliga after receiving a long pass, getting into the area and with almost no space to shoot and with the mark on top he got the 2-1 that collapsed Germany. 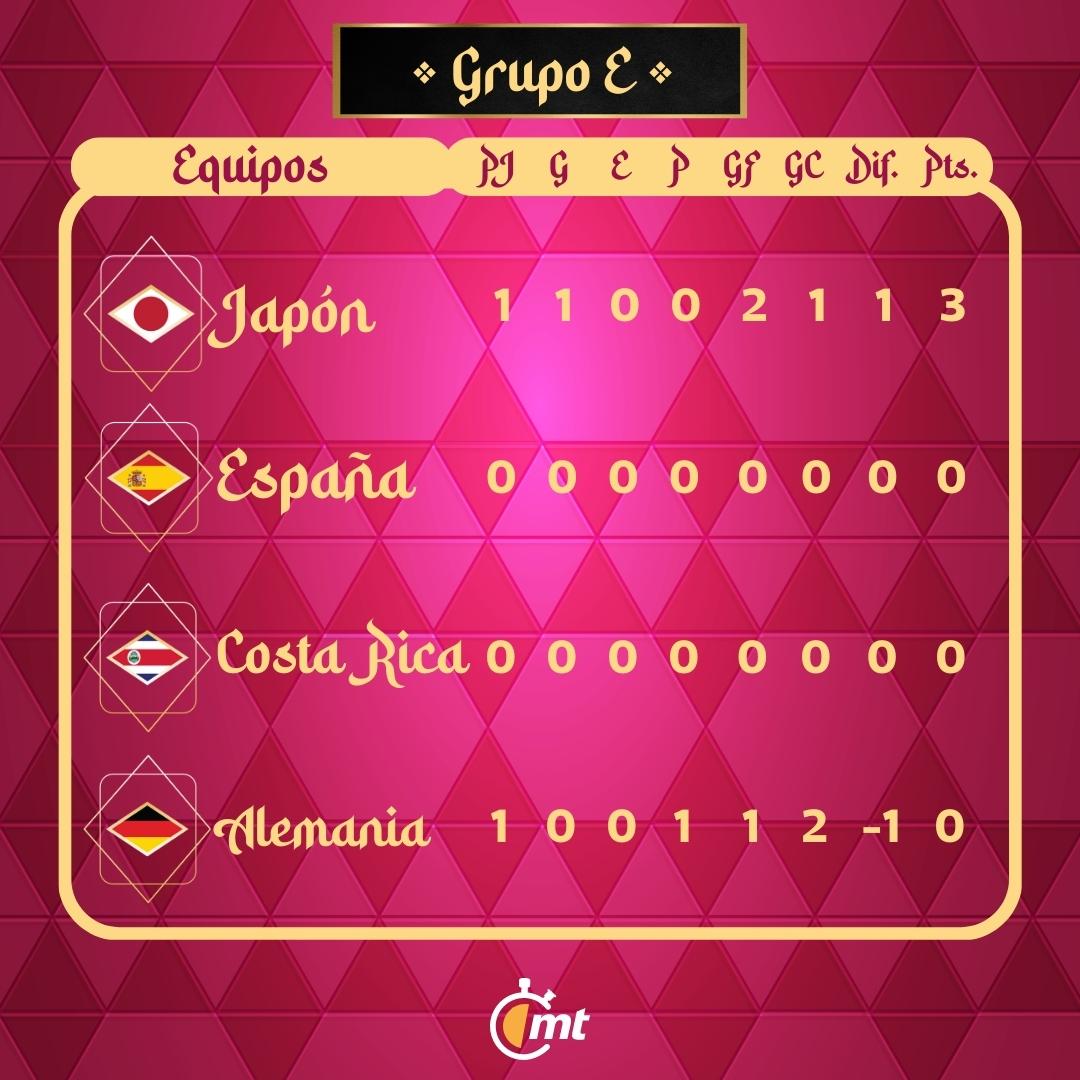