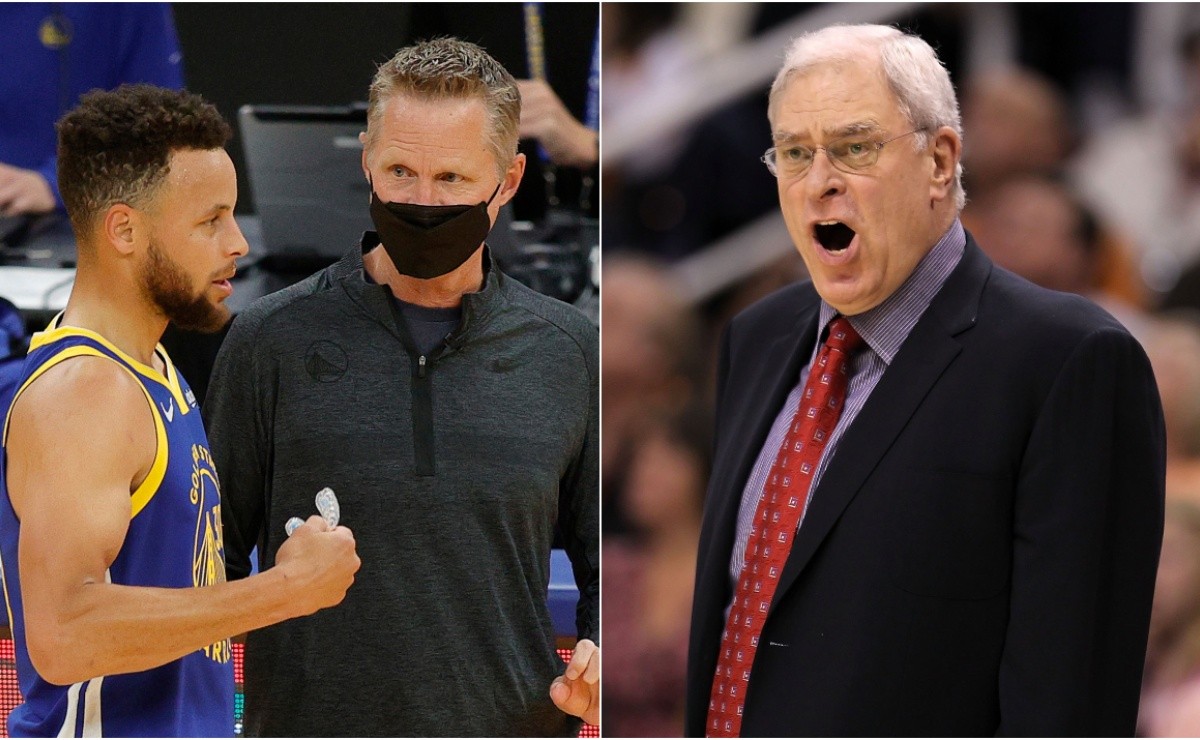 Phil Jackson, Michael Jordan’s favorite coach, was one of the examples Steve Kerr used to describe Stephen Curry’s shots in the NBA.

Everytime that Stephen Curry He takes the ball, gives it a couple bounces and passes the half court. There is a possibility that he will make an unexpected shot that, in most cases, ends up being effective. That feeling of seeing the star of Golden state warriors would give a heart attack to the favorite coach of Michael Jordan according to Steve Kerr.

A thousand-battle veteran like Kerr has the experience of winning five NBA titles, three with Jordan and Phil Jackson in the Chicago Bulls, plus three other championships as a coach in the Golden State Warriors with Curry and company.

Kerr was led by the most winning coach in NBA history for three seasons and did not hesitate to include him in the list of coaches who would have an unexpected reaction when Stephen Curry he will perfectly execute one of his impossible shots that he takes with the Warriors.

At 33, Curry started the NBA 2021-22 season in MVP mode, already had a game with 50 points, achieved a record that not even Michael Jordan could achieve and received tremendous praise from Steve Kerr that had Phil Jackson involved . Big NBA stars surrendered to Steph’s level.

“He was making shots that, in my basketball blood, every coach I ever had would have a heart attack looking at those shots. I had to overcome what was instilled in my brain about what was a good shot and what was a bad shot. With Steph, you have to understand, part of what makes him so powerful is that he is going to steal the ball in the middle of the court and it will take off from 40 feet. “ Steve Kerr stated.

Previous This threat attacks any home device connected to the Internet
Next Spider-Man No Way Home: when trailer 2 comes out and release time