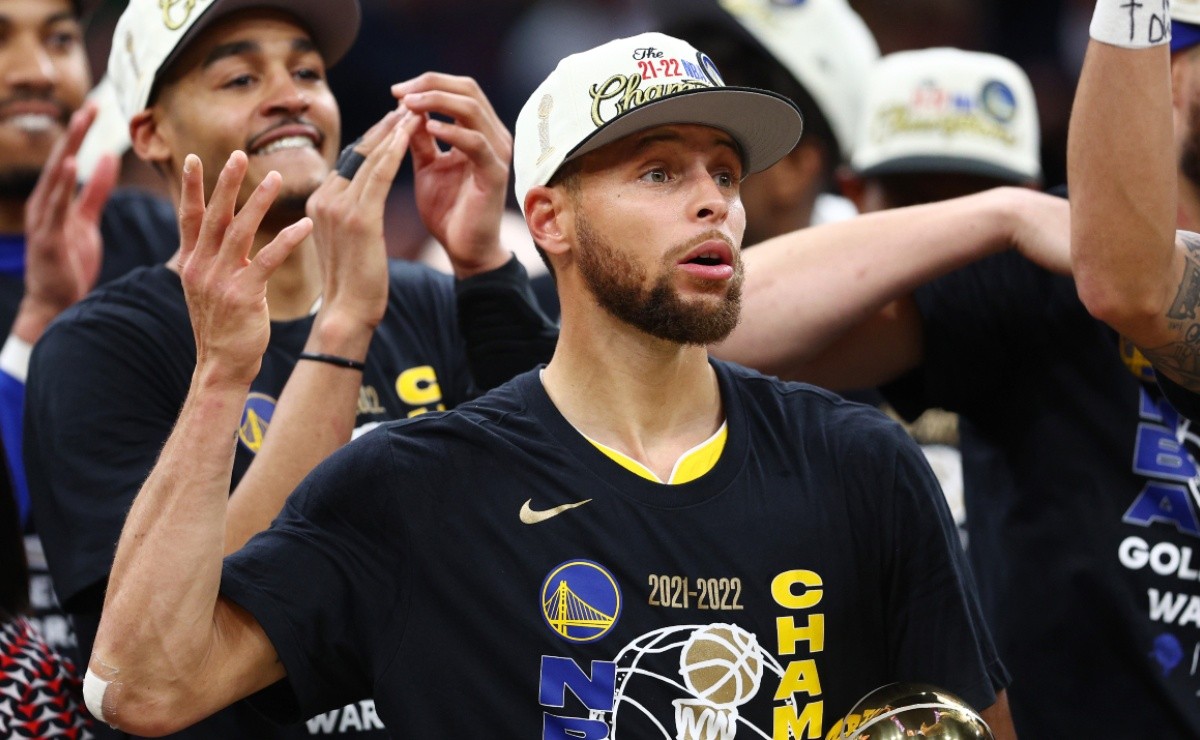 Golden State Warriors celebrated the 2022 NBA title with a parade and in the preview Stephen Curry revealed what he lacks to be good at basketball.

the dynasty of Golden State Warriors is back. after getting lost the playoffs for two consecutive seasons, they returned to the NBA Finals and won their fourth title in eight years. Stephen Curry, the great figure that still has an outstanding debt to be one of the greats.

in the world of the NBA the narrative set in that Curry needed a Finals MVP award to confirm his legacy. Pressure? Nothing to see, Stephen ended up taking this distinction by averaging 31.2 points per game in the series Warriors vs. Boston Celtics.

The competitive spirit that Steve Kerr imposes on the Golden State Warriors players is such that as soon as they became champions of the 2022 NBA, it put pressure on Stephen Curry about what your next target should be.

“What he lacks before winning the Finals MVP is an Olympic gold medal. And I think he really needs to focus on making the 2024 Olympic team.” Kerr said about Curry and the response from the Warriors star was not long in coming.

Stephen Curry revealed what he lacks to be good at basketball

In the prelude to the parade Golden State Warriors for the 2022 NBA title, Stephen Curry was asked if he was already a good player (one of the greats) after winning the first Finals MVP. The response of ‘Chef’ was forceful: “I’m still not good enough. I have to go play for Coach Kerr at the 2024 Paris Olympics. Not that I’m going to do it. That’s what he said.”