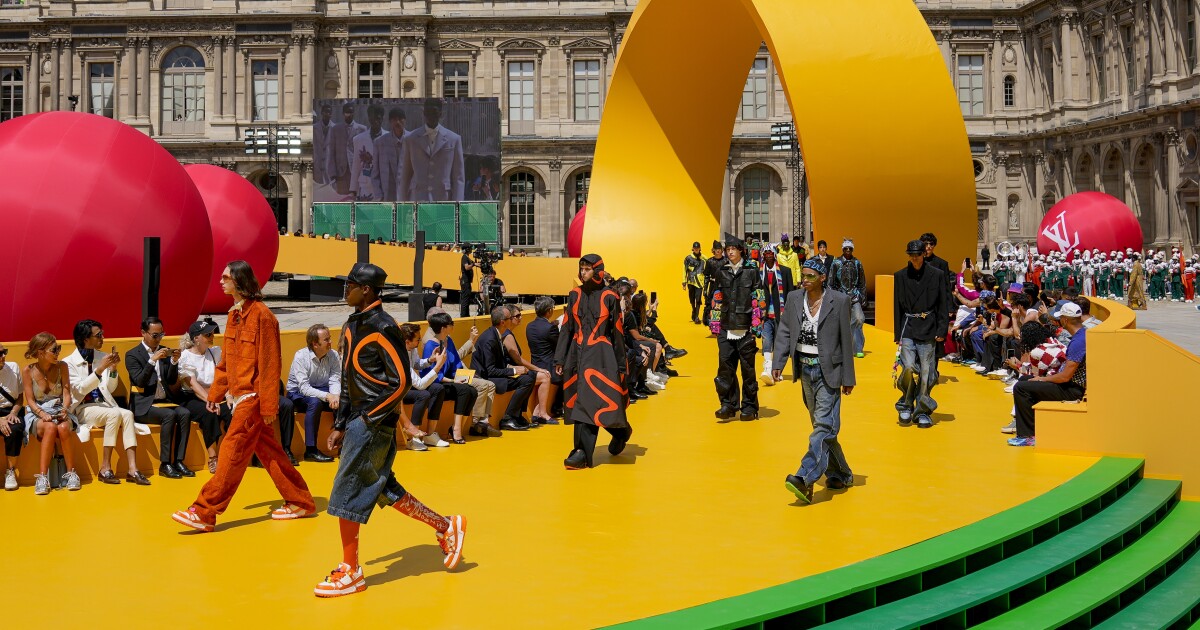 A band of black musicians gave a moving performance in a surreal installation of yellow brick roads inside the Louvre, while rapper Kendrick Lamar performed an ode to the American fashion star who designed Vuitton menswear from 2018 until his death. .

“Long live Virgil…how many miles away?” Lamar rapped on the big show. The set recalled “The Wizard of Oz” and childhood obsessions common in Abloh’s designs, as did a colorfully dressed marching band and dance group that appeared at the beginning and end of the parade.

It was the first spring-summer collection not designed by Abloh since he joined the house. The Vuitton studio conceived it in his memory.

It is a remarkable feat for a studio to emulate the styles of a former designer with originality. This was the case on Thursday, from the quirky shirt hems cut in zigzag patterns, to the 3D paper airplane appliqués on the suits and otherworldly elongated silhouettes.

A finely tailored jacket in trompe l’oeil prints provided one of the many touches of old-school luxury. Such moments seemed to surpass even Abloh’s own catwalk designs.

The studio kept a careful line between the playful styles associated with the house since 2018 and the fine luxury tailoring seen during the time of its predecessor, Kim Jones.

The show’s strength lay in its many design feats. An example of this was the waist of a black double-breasted jacket adjusted to create a V-shape on one side. The silhouette evoked the monogram of the house.

Louis Vuitton’s design studio shot down the idea that many cooks spoil the broth.